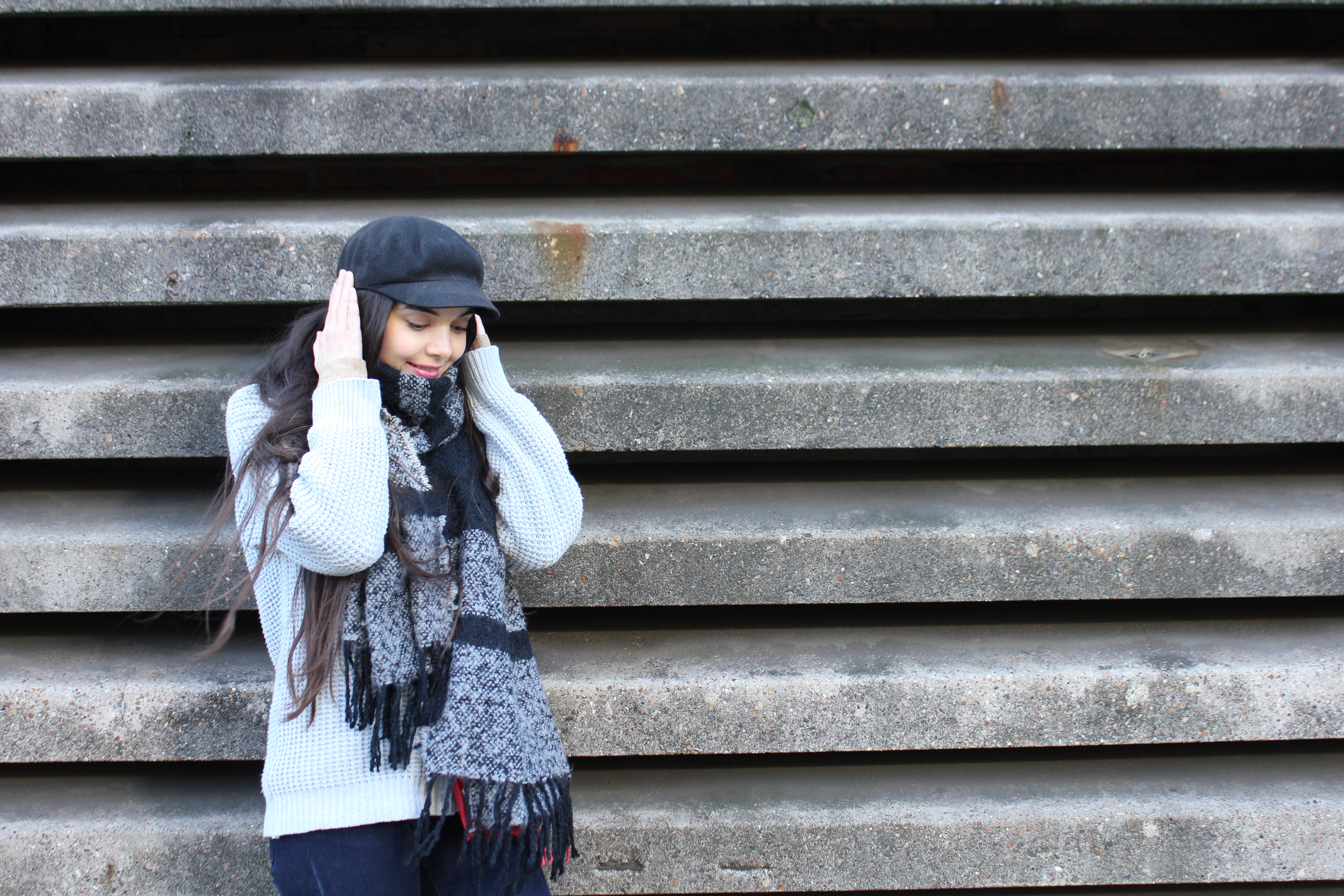 It’s Christmas next week, and I’m publishing a roundup for November? Yep – I think one of my resolutions for next year will be to write these monthly reviews in a more timely manner.. Late or not, I think that looking back at the past month (or week, or day, however you choose to do it) can be hugely beneficial as it helps you remember and feel grateful for all the fun things you’ve experienced and contemplate on what you might want to do differently next time (there are even some scientific studies backing this up).  So, without further ado, let’s talk about November.

As much as I love summer and sunshine, there are some upsides to the colder, rainier weather we often get in the Autumn. For one, it’s the perfect time for getting a lot of work done. In fact, November was one of the most efficient months of the year for me. I wrote a couple of articles, revised my PhD work plan for next year, conducted interviews and completed a lot of other fieldwork-related tasks. 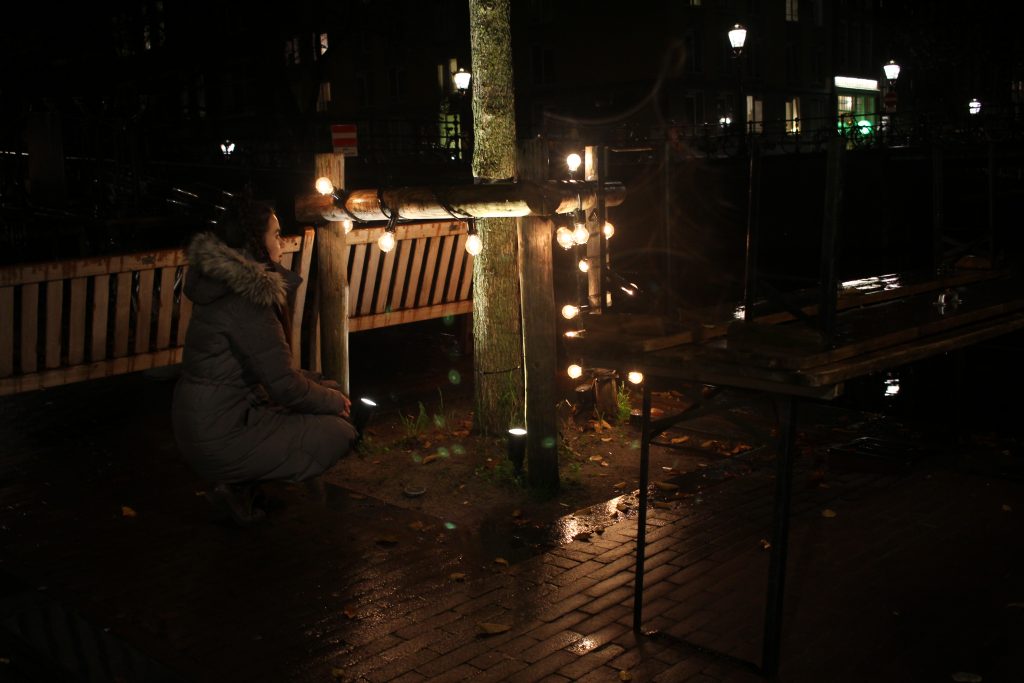 Rainy days are also great for exercising. In the summer, I often find myself reluctant to “waste” any time in the gym, This month, in contrast, I sometimes worked out two times a day and tried out a lot of new fitness classes. I particularly enjoyed jumping fitness, a cardio workout conducted on small trampolines. To make it even better, our instructor always played Shakira’s Waka Waka at some point during the workout, which it turns out is a perfect song for jumping and became for me the highlight of every class. It was exhilarating!

When it comes to social life, the trips were the most active part of November, packed full of meetings and evenings out. My boyfriend also celebrated his birthday this month, and his mother visited us in Amsterdam. Other than that, I often chose to spend the evenings chilling at home with candles and books. On a whim, we even ended up dedicating one Sunday afternoon to baking. It’s not typical of us (I can’t remember the last time I’d baked something!) but we should definitely do it more often: the resulting cinnamon buns were delicious.

Travel: Where I went this November 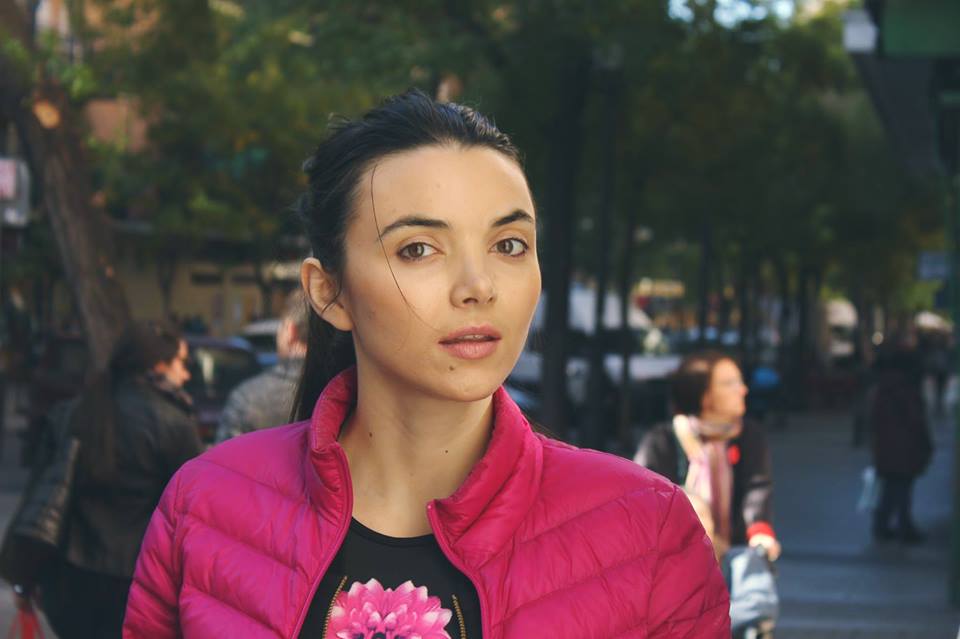 Living between three countries, it’s not always easy to tell what counts as traveling and what is simply commuting. However, as I don’t spend nearly as much time in Finland as I do in London or even Amsterdam, going home to Helsinki still feels like a “proper trip”. In November, I got to enjoy not one but two such trips: one at the very beginning and one at the very end of the month.

The first visit only lasted one weekend, but what a weekend it was! I somehow managed to fit in quality time with my family (my main reason for going to Finland!), fieldwork, friends and a lot of fun in less than 72 hours. The second visit was less intense and more work-focused – but I’ll tell you more about that next month, as it stretched way into December.

My only “proper-proper” trip (one involving a country that I do not currently or have not previously lived in :D) was a weekend visit to the lovely Madrid. I had fallen in love with the Spanish capital the first time around (link!), and our second visit only reinforced the positive impressions. Madrid seems to have it all: beautiful architecture, great culture, amazing food. One thing that had worried me a bit was visiting Spain as a vegetarian, meaning I would not be able to indulge in all that Serrano ham. Luckily, the concerns proved unfounded: the food was delicious, as you’ll read further down this post. 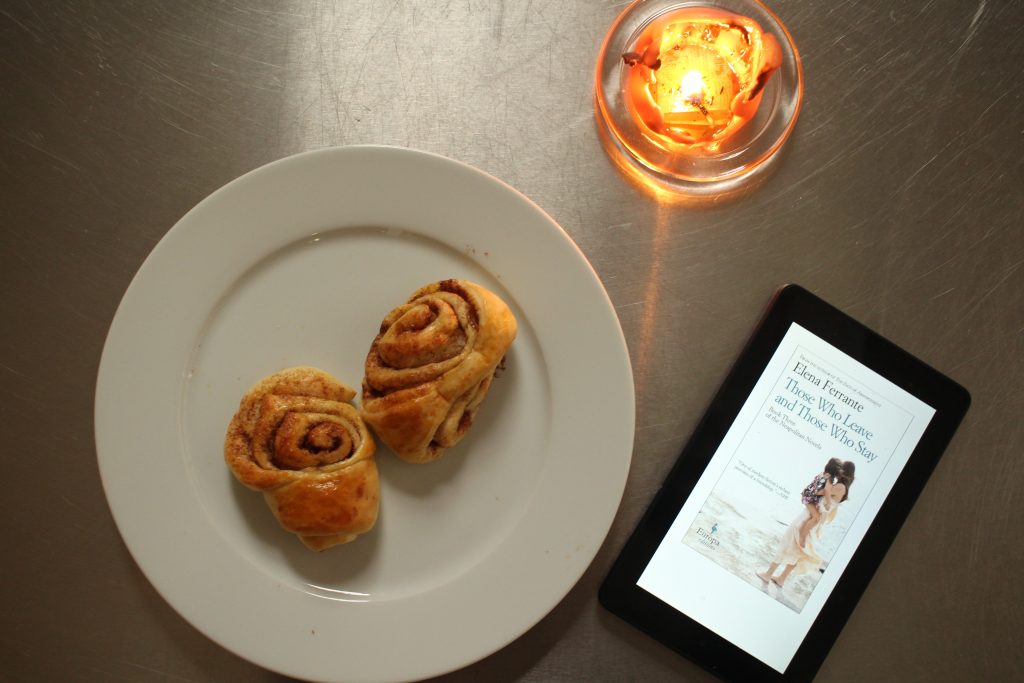 When it comes to books, November was all about Elena Ferrante. I read the last three novels in her Neapolitan series, The Story of a New Name, Those Who Leave and Those Who Stay and The Story of the Lost Child, completing the literary adventure I had set out on a hot June evening, sitting on the balcony overlooking a busy street in Naples with the first book of the series in my hands. For me, the four novels together form one of the most impressive reads of recent years – I don’t think I’ve been this invested in a(ny) protagonist(s) since The Goldfinch. Finishing the last book was both bittersweet and a relief; I had spent hours and hours immersed in the world of Lina and Lenu, getting little else done on some days – but it was worth it for this masterpiece of a series.

Masterpiece is also an apt word to describe Paul Kalanithi’s heartbreaking memoir When Breath Becomes Air. You’re probably already familiar with Kalanithi’s story – a brilliant neurosurgeon decides to write a book about his life and experiences after being diagnosed with a terminal illness at the age of 36 – but what surprised me was how exquisite, poetic and wise his writing was.

After the literary gems listed above, it feels almost embarrassing to mention that I also read Saattaja, a Finnish chick lit horror novel by Mia Vänskä (whose other book I read the previous month, check it out here). But then again, different books have different functions: some we read to educate ourselves, to widen our perspective, to understand something essential about life or the human nature – others simply to have a bit of fun. For that last purpose, Saattaja worked pretty well.

In Madrid, I went to the Royal Palace during one of its free entrance days. The palace is huge – apparently the largest one in Europe, and while only a small part of it is open to the public, you need hours to explore it properly. I would’ve definitely benefitted from having some sort of an audio tour to guide me around. Maybe next time!

In London, we visited the World Press Photo Exhibition for 2017. I had already seen the installation in Amsterdam earlier this year, but exploring the exhibition for the second time allowed me to focus on the photos that I had paid less attention to the first time around.

Also worth mentioning is the Columbia Road flower market, which we visited one chilly afternoon – not a museum or exhibition as such, but one of London’s quirkier sights and not to be missed.

Yes! We didn’t expect much from Happy Death Day, but it turned out to be one of the funniest, most entertaining “scary movies” I’ve seen in a while. Yet it also managed to be pretty scary: I actually screamed out loud several times, haha!

On Netflix, we watched The Sinner, a psychological thriller starring Jessica Biel. It was nowhere near as good as Mindhunter (which you should start watching asap if you haven’t yet!) but made for decent entertainment on those cold Autumn nights you just want to curl up under a blanket and not do much.

We celebrated my boyfriend’s birthday at Tinto and Tapas in Madrid, and it was pretty much perfect. I don’t usually like alcohol in any type or form (well, perhaps in a risotto) but here the sangria was so good I had two glasses, enjoying every sip. The same goes for food: I ordered an extra portion of the tapas just because it was so delicious. Highly recommended!

I tried participating in the (Inter)National Novel Writing Month, NaNoWriMo. Those of you familiar with the challenge know that the idea is to write a 50 000 word book in the course of November. Thousands and thousands of people all around the world take part in NaNoWriMo every year. I love challenges, so it’s no surprise that I’m excited about NaNoWriMo, yet this was the third time I failed to complete it. I’d like to think it’s because I do so much writing in my day-to-day job that I have little energy left for writing in my free time, but it might be that I simply need to try harder.

I also returned to Cumberland Lodge to participate in “A Generation without Hate”, a conference tackling the ongoing scourge of prejudice-motivated hate crime. The problem is an extremely serious one, and the few days I spent at the Lodge were intense but, as always, very rewarding.

If you only read one post from November, it should be this one, filled with warm memories from the wonderful Madrid. A word of warning though: it might make you miss summer!

Thank you, November! And thank you If you’ve read this far – please leave a note of yourself in the comment box 🙂 Is anyone else a huge fan of Madrid? Or of Ferrante’s books?