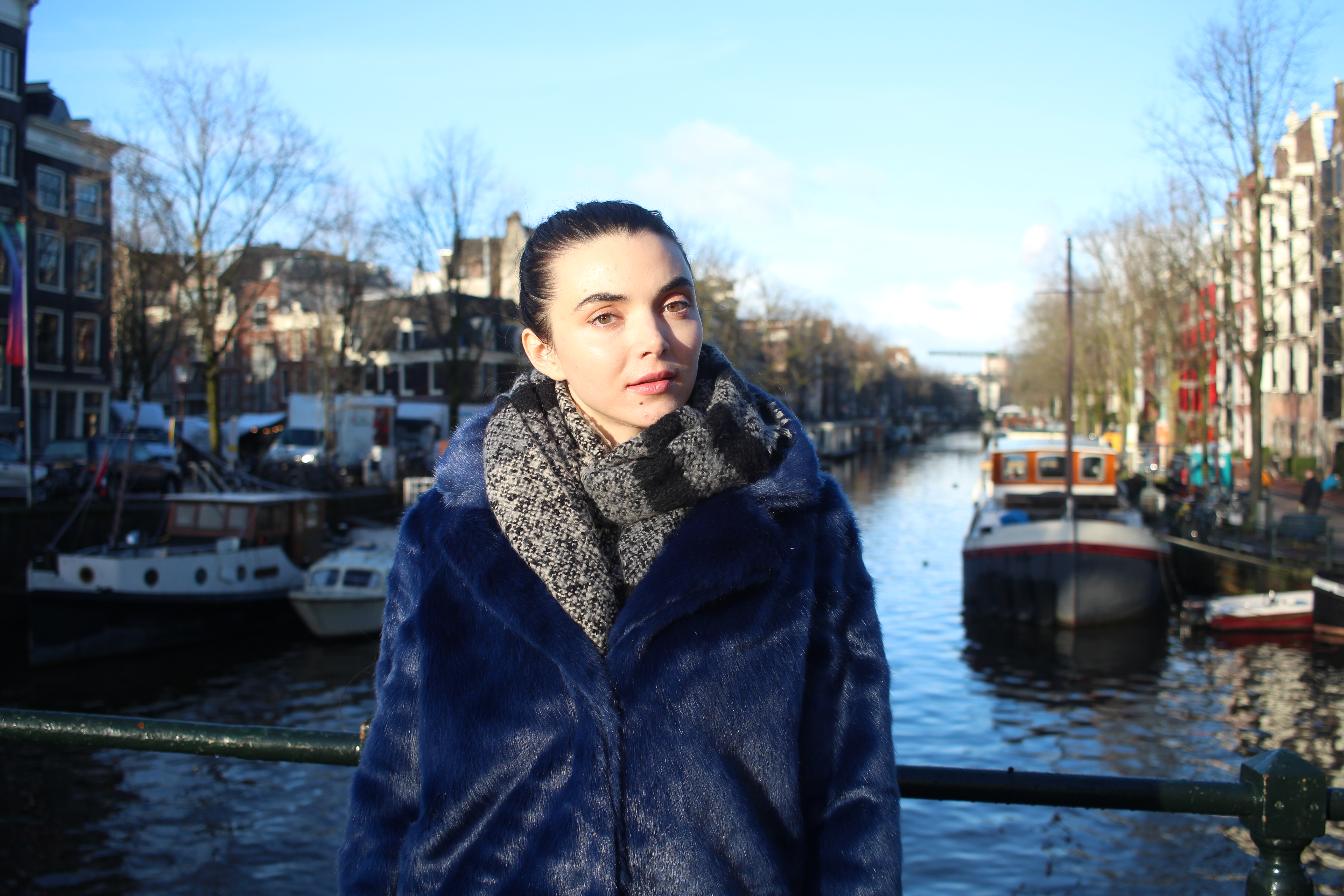 December was a month of celebrations, beginning with Finland’s independence festivities and culminating in Christmas. It started in Helsinki with ten days filled with fieldwork and fun, continued in Amsterdam where I got to admire the picture-perfect city in its winter plumage, and concluded in London with a glorious firework display that we managed to witness live for the first time despite having lived in the city for over 6 years.

Work-wise, I made some nice progress in my fieldwork and managed to secure funding for the second part of the data collection process – yay! I also began an interesting new project and made preparations for the Spring term, when I’ll take up teaching again.

The long holidays were one of the highlights of the whole year for me, as usual. I enjoy Christmas as much as the next person; no, actually I think I enjoy it more. I love chilling on the sofa in my pyjamas, spending days reading books and playing board games with my loved ones, going on leisurely walks if I feel like it or staying inside if I prefer that. That’s exactly what we were doing this Christmas: sleeping late, playing 10 rounds of Yahtzee per day, admiring the view from our windows while sipping some hot tea. And it was perfect.

Travel: Where I went this December

No foreign trips this month, just traveling between my home countries. I started the month in Helsinki in order to spend time with family <3, complete my PhD fieldwork and celebrate Finland’s 100th Independence Day. Oh, and spend hours and hours in the sauna. I kid you not: turning on the sauna was the first thing we did when we got home from the airport in the middle of the night. It was 3am, but we still had to get our fix.

As it snowed during our stay, we also got to enjoy a bit of traditional Finnish winter weather and play around in the snow. And then there are the local delicacies – we ate bag after bag of Finnish candy, arguably the best in the world (you don’t know how good candy can be until you’ve been to Finland).

All this set us into a nicely patriotic mood to celebrate 100 years of Finnish independence on December 6. I’m obviously no nationalist, but I’m proud and grateful about many things that we have in Finland, including a wonderful social care system and free education (and yes, that includes universities). The celebrations culminated with a wonderful firework display in the centre of Helsinki.

While in Finland, we also made a day trip to Tampere, the third-largest city in Finland, some 1,5 hours away on the train. I hadn’t visited the town since childhood, so it was nice to be back and explore Finland outside of the capital (which however is undoubtedly the crown jewel of the country). 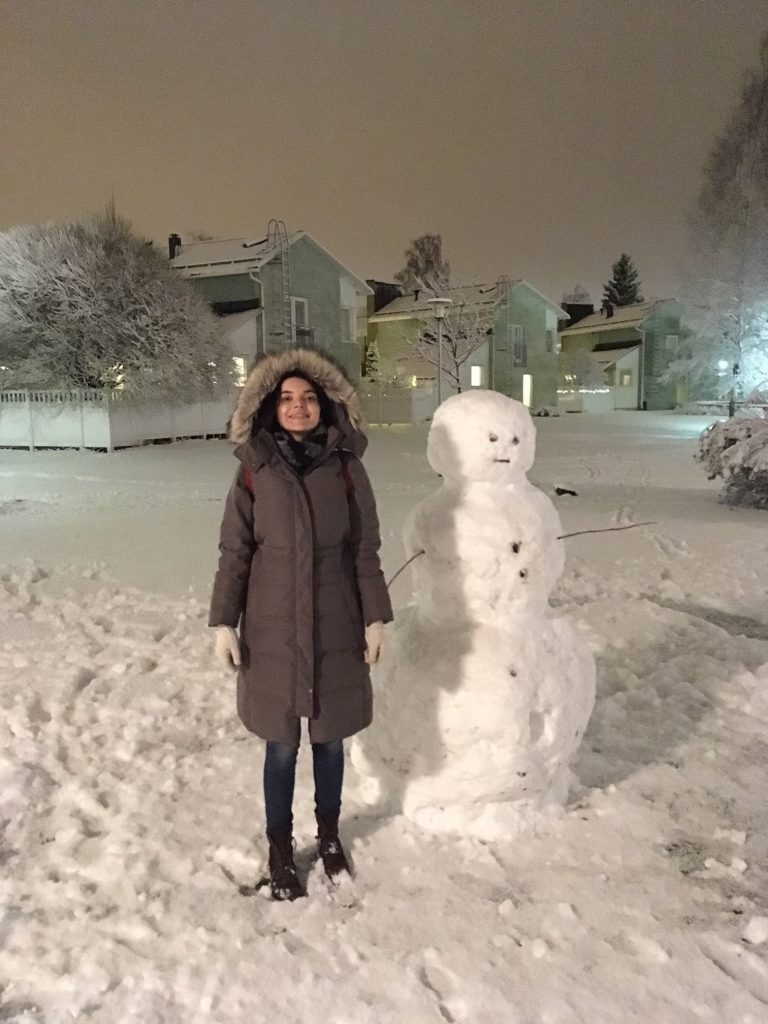 Not a particularly memorable month for books – I only finished two! The first was Tom Malmquist’s I varje ögonblick är vi fortfarande vid liv, which I read in the Finnish translation. I had started the book earlier in the year and had been very impressed by the first part, but thought the rest of the novel didn’t work quite as well.

The second book I read in December was Liane Moriarty’s Big Little Lies. I wasn’t expecting much of it, to be honest, but it turned out to be an entertaining, surprisingly profound read.  I’d like to watch the TV series, too – it has an IMDb rating of 8.6, after all!

On the Independence Day, we visited Finland’s foremost art museum, Ateneum. We saw an exhibition of brothers von Wright and toured  the museums extensive collection of art from the period of the Finnish national awakening, which felt particularly fitting given the occasion.

We also walked through (literally: it was housed in a tunnel)  an experiential lightwork Sukupolvi. Nyt. (Generation. Now.), created as a tribute to the generations that experienced the war.

Speaking of light art, and while it’s not really a museum as such, the Amsterdam Light Festival made the Dutch capital feel like one big outdoor exhibition. We really enjoyed the open boat tour of the artworks, which this year included an installation by Ai Weiwei, even if it meant getting completely and utterly soaked by cold December rain (read more about the experience here).

Yes! While in Helsinki, we went to see the new adaptation of Agatha Christie’s Murder on the Orient Express. Christie is one of my favourite writers, so it comes as no surprise that I enjoyed the film. And yet I can’t get used to David Suchet not playing Poirot. He is the real deal! Right?

Back in London, I started the Christmas holidays with a bang when me and a friend went to see the Finnish love metal band HIM at the Roundhouse. I’ve been a fan of their music since elementary school, but this was the first time I saw them play live! It was about time as well, as London was the last foreign stop on their farewell tour. The gig was amazing, and I was super impressed by the professionalism of the band (they started exactly on time, Ville was very polite to the audience, and the atmosphere was really nice overall). I even have a new favourite HIM song now. The saying better late than never really hits the mark in this case.

When it comes to restaurants, December was all about revisiting our old London favourites: Ole & Sten, Wagamama, Itsu, Five Guys, Pret a Manger… I did however manage to sneak in a couple of new restaurants, too.

Firstly, when visiting Tampere, we had dinner at the famous old brewery restaurant Plevna. The food was good and the service friendly, so I do recommend it if you ever happen to wonder into Tampere.

Secondly, I had brunch at Bill’s with a friend visiting from Finland and ended up liking it so much that I took my colleague there a week later. Disappointingly, the food was nowhere as good the second time around. This might have been down to the super busy pre-Christmas season though, so I’m willing to give the place another try.

Last but not least is DF/Mexico, my favourite new find of the month. I liked everything about the place: the food, the interior design, the location, the fact that there were many vegetarian-friendly options on the list… definitely one to keep in mind if you like Mexican food! 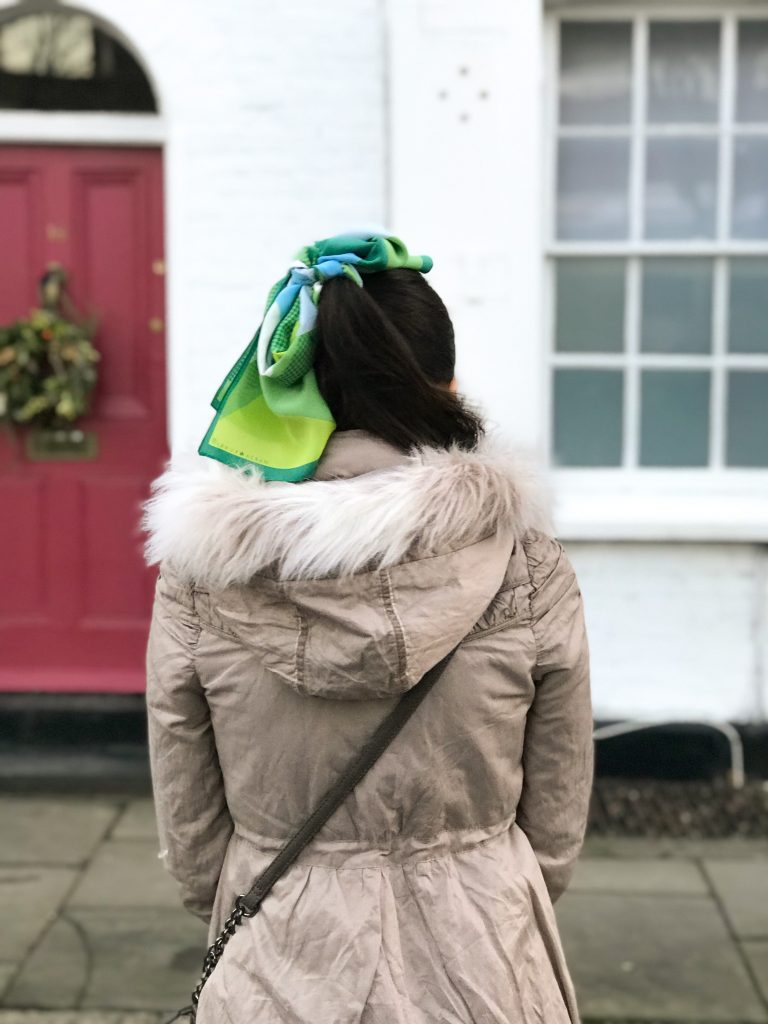 Santa brought me a new phone which I’ve been playing around with a lot with lately. Expect more pics on my Instagram feed!

My favourite blog post not just for December but probably for the whole of 2017 is the one I published on Finland’s 100th Independence day (read it here). The story of Ingrian Finns is nowhere near as well-known as it should be, so if you have a spare minute, please do read the post (and feel free to share it if you’d like).

Thank you, December! And thank you if you’ve read this far – please leave a note of yourself in the comment box 🙂 How did you spend the Christmas holidays? If you have a blog, what’s your favourite post from last year?