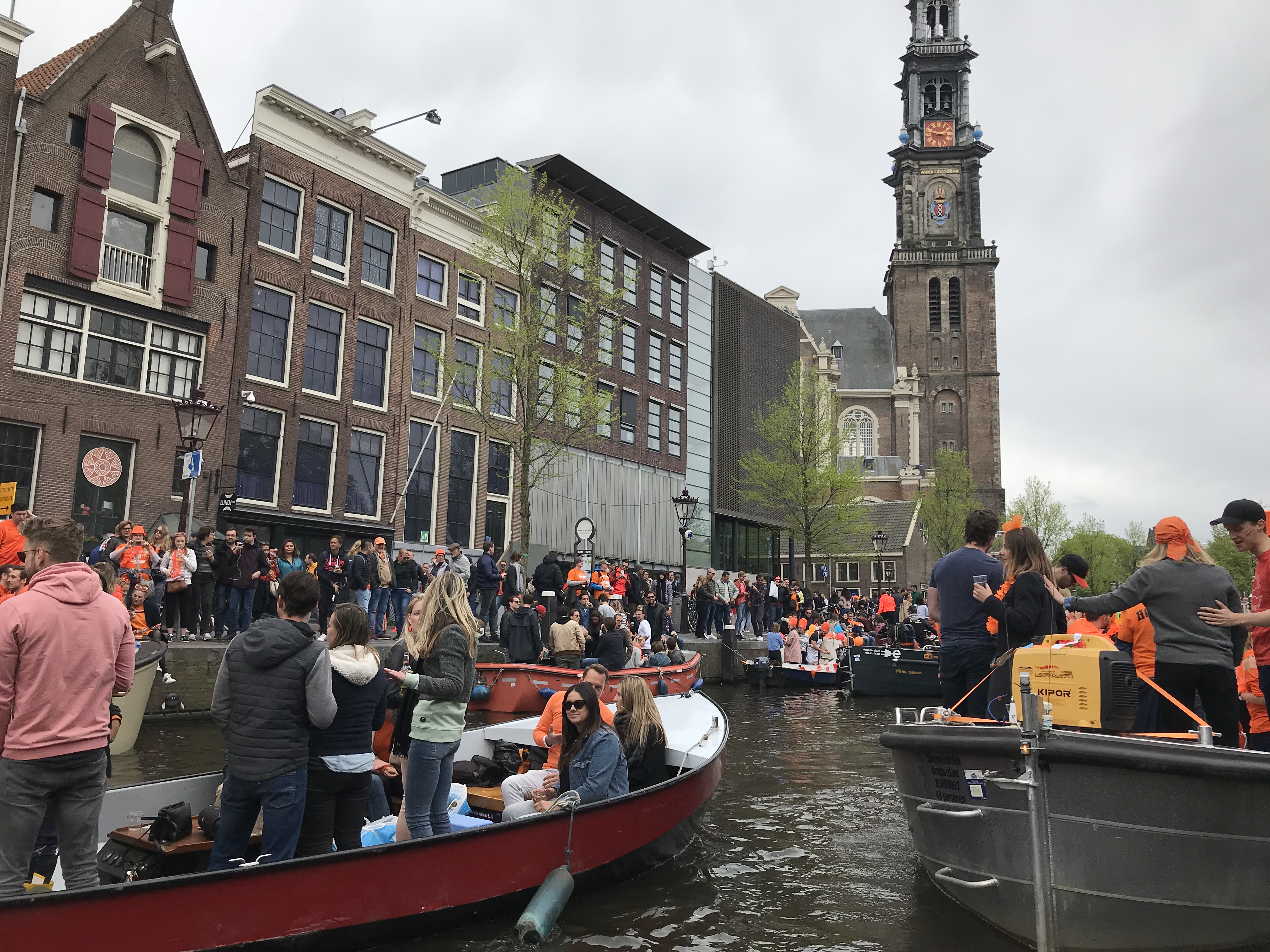 Now I know it for sure: celebrating King’s Day in Amsterdam is best done aboard a boat.

[What is King’s Day, I hear you ask? Well, as the name suggests, it’s a day dedicated to the Dutch ruler, currently King Willem-Alexander (until a few years ago, the party was known as the Queen’s Day after the then-Queen Beatrix, who abdicated in 2013). King’s Day is celebrated yearly on the 27th of April, and it is one of the biggest if not the biggest party in the Netherlands. Up to one million people celebrate it in Amsterdam alone. Read more about it in this post.] 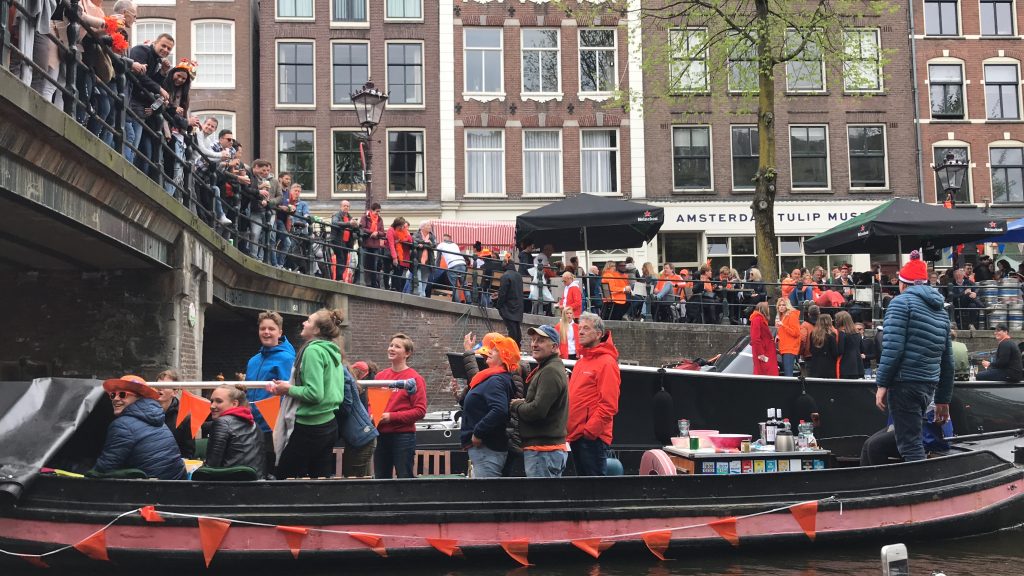 Last week I set out my five rules for celebrating King’s Day: wear orange, start early, bring some cash for the flea market, jump on a boat and prepare for crowds. Yet I wasn’t sure if I would be able to follow my own advice: finding a boat for King’s Day is extremely difficult unless you or one of your friends happen to own one. Still, boats are such a big part of the celebrations that I even considered joining a commercial tour to get a taste of the fun. Imagine my excitement when, last minute, I heard there was space on a boat ride organised by a group of expats. Sign us up, please! 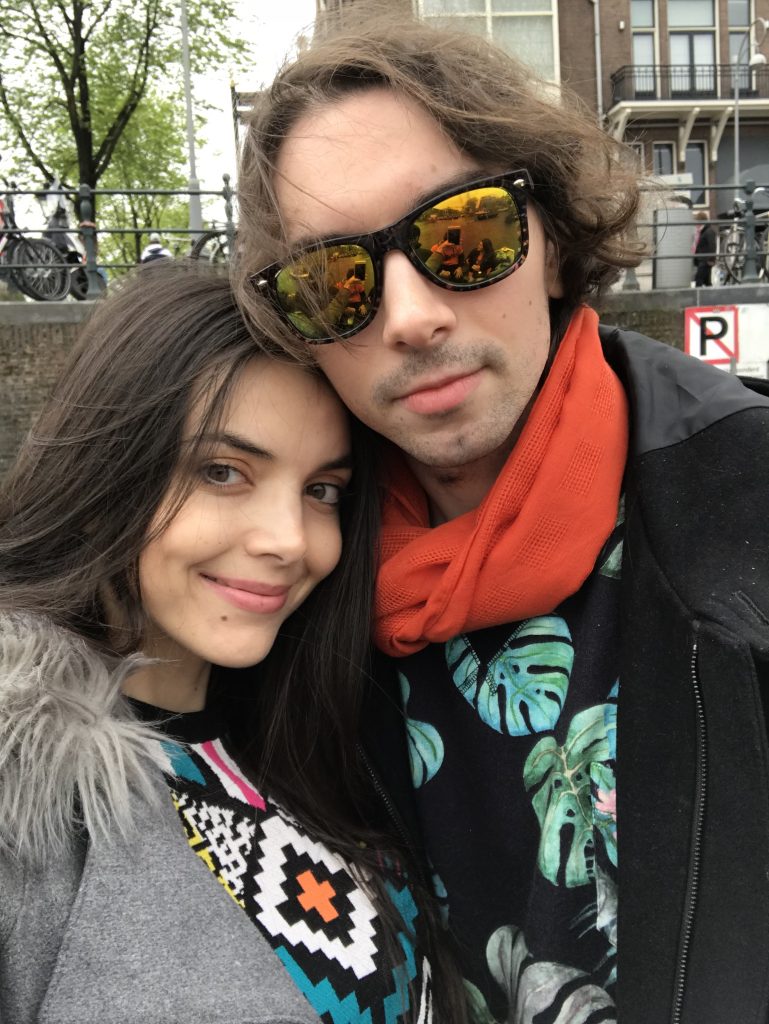 Riding a boat through the canals of Amsterdam on the 27th of April turned out to be every bit as amazing as I had imagined… but let’s not run ahead of things. As most of Amsterdam, we started the King’s Day celebrations the night before – after a three-hour tour around the town in search for orange accessories – by dressing up in orange (remember rules 1 and 2?), blowing up a bunch of balloons (also orange), and joining the street parties. 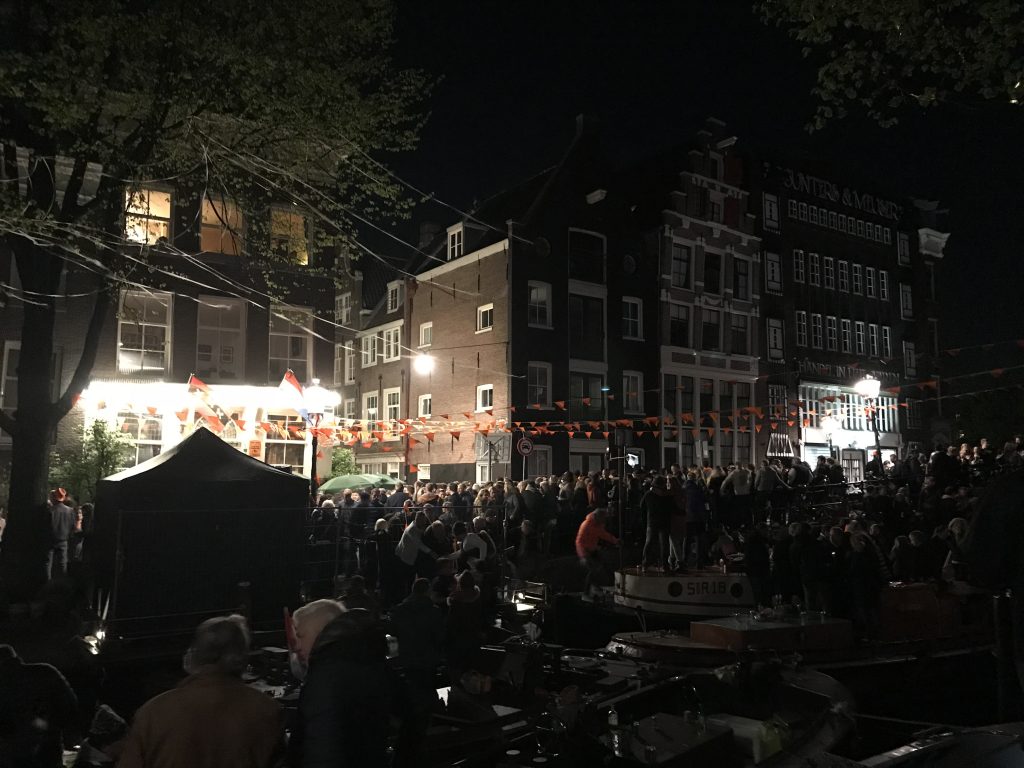 Of course, staying out late on the 26th meant that we were not at our brightest and briskest the following morning. However, the expectation of the boat ride (and several cups of tea) helped to get us on our way, and we were at the assigned meeting point five minutes before the boat was supposed to leave. I had worried about being late, but it turned out that we were the second group there – the last girl to join the tour only arrived some 50 minutes later. Luckily our wonderful captain, Stefan (you can see him in the photo below!), was very chill about the wait. 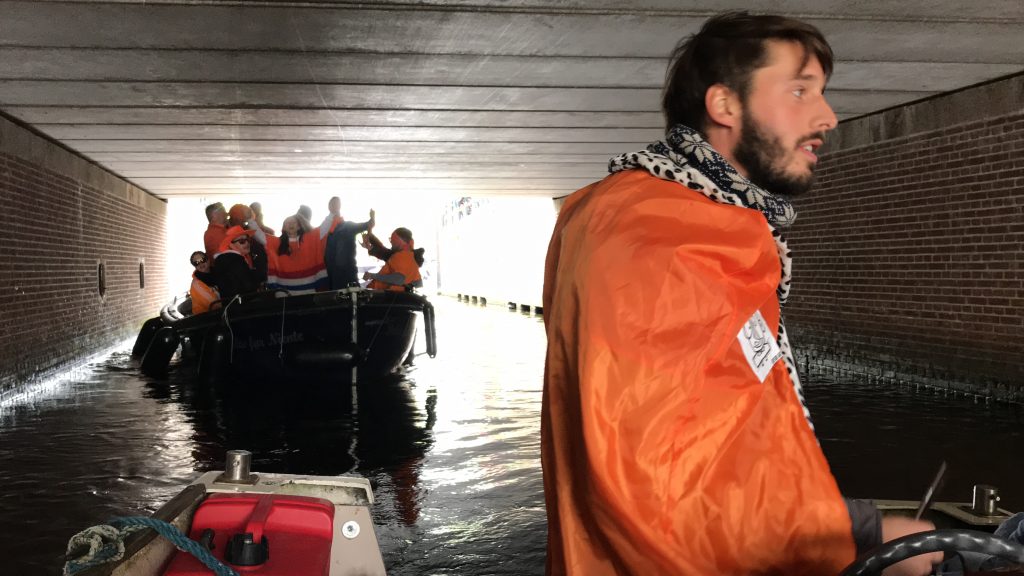 Once everybody was on board the party could start in earnest. We sailed down the Prinsengracht, past Westerkerk, down to central Amsterdam and all the way to Amstel – and then did the same tour again! As the afternoon progressed, there were more and more boats on the canals. With music blasting from all directions,  it was at times difficult to say which song was playing from our boat and which from the neighbouring ones, but that – or the fear of falling into the canal – did not stop us from dancing. 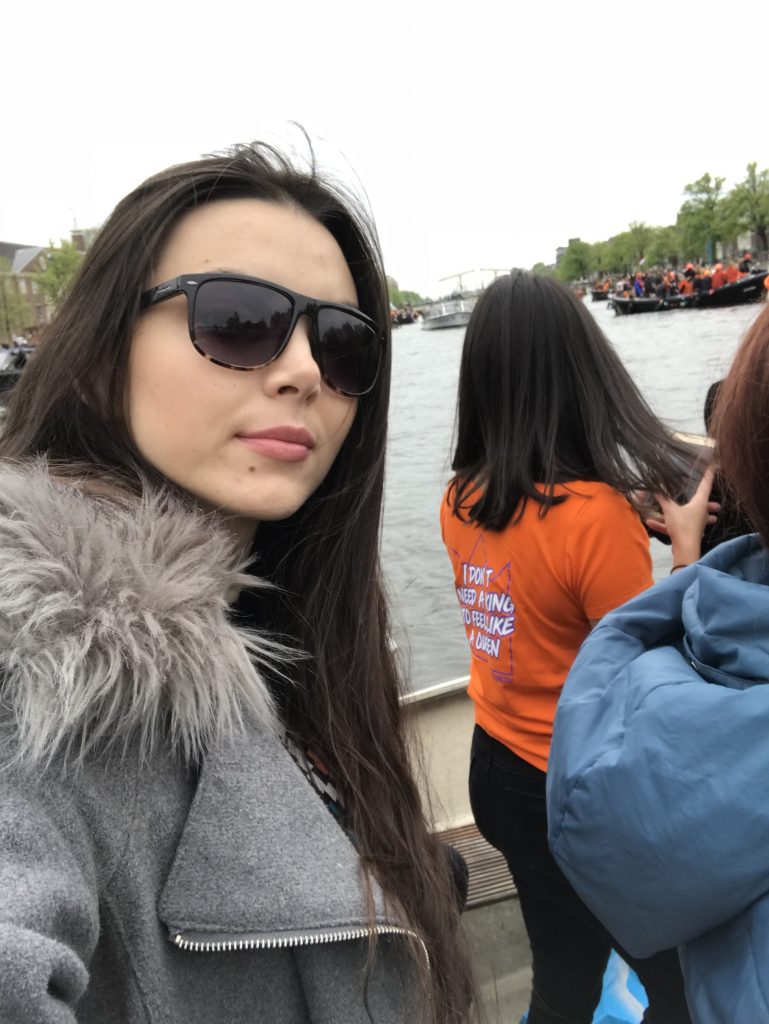 Nor did the weather – I had equipped myself with a winter coat and an extra scarf, but it ended up being warmer than we had expected. There was some rain forecast for the afternoon, but the closest we came to getting wet was when someone standing on one of the bridges we sailed under decided to throw beer down on the passing boats, haha. 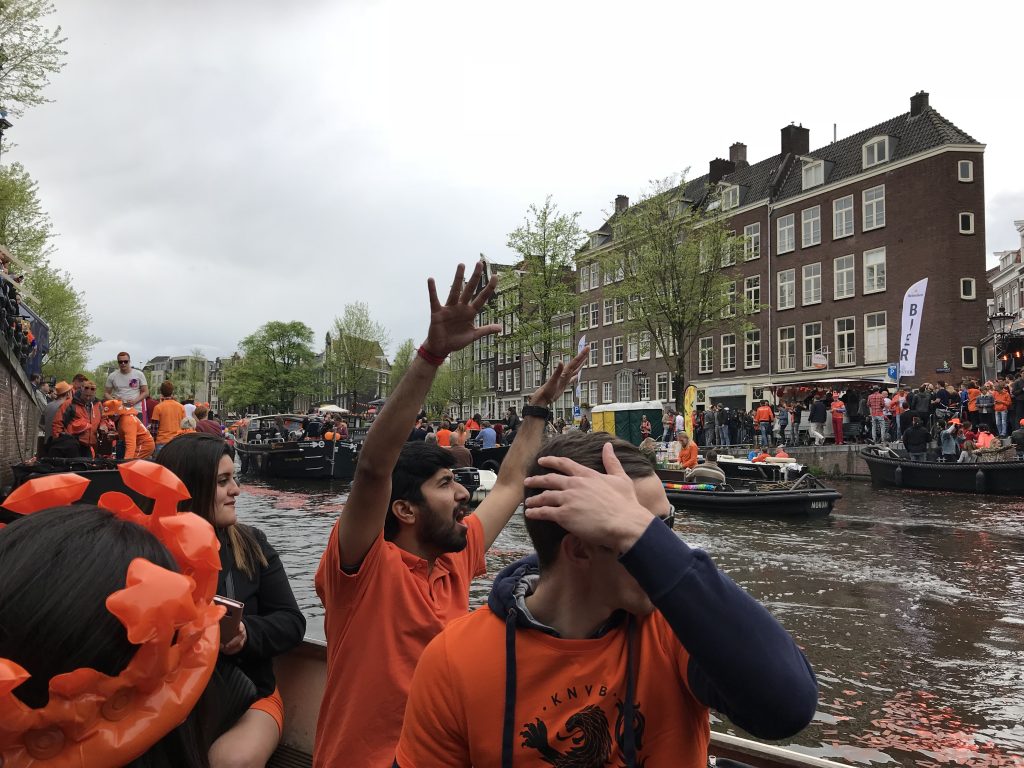 As we pulled back to our departure pier nearly 4,5 hours later, I was exhausted but very happy. We went back home for some food and a short nap, and then back to the streets for some more partying. All in all, I’m happy to report that I managed to follow my own rules quite well – though I missed most of the flea markets this year as our boat party started so early (11 am is early if you’ve been out dancing in the streets the night before). There was, however, one rule to celebrating King’s Day in Amsterdam that I did not add to my list but that, by the look of things,  should be there for next year…

… DO NOT THROW RUBBISH ON THE STREETS. 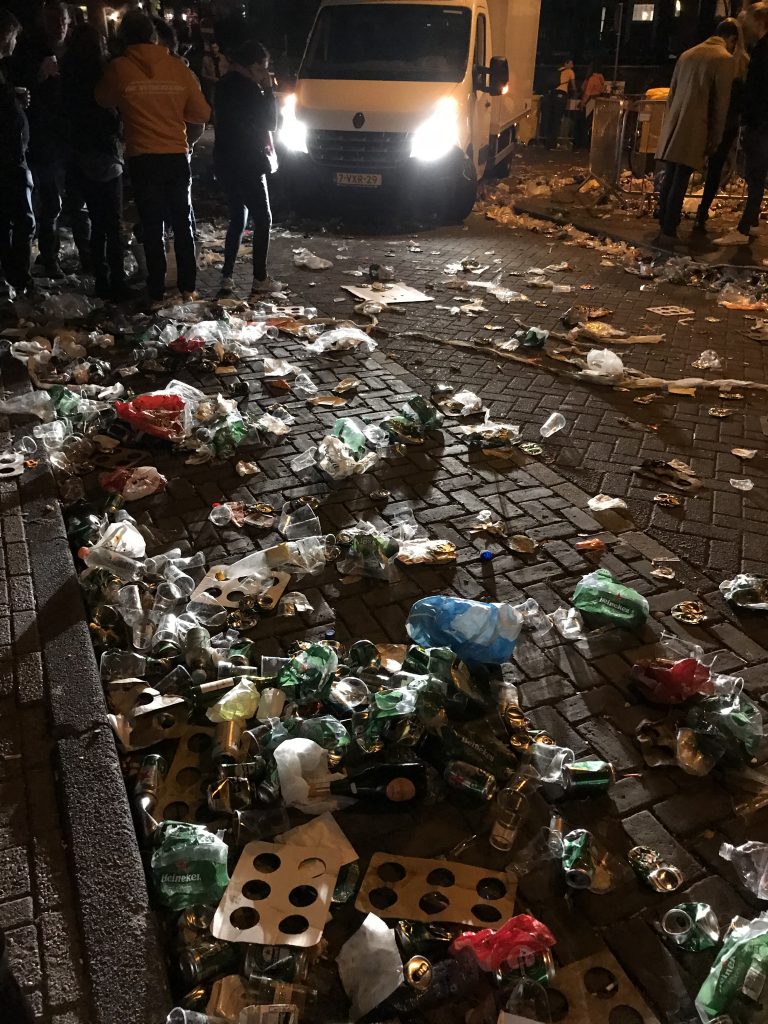 For real – most of the people celebrating King’s Day are grownups. Grownups all know that rubbish does not clean itself and that it should be taken to the nearest garbage can, not dumped on the streets. What, then, explains the above photo?

Luckily, Amsterdam is an efficient city, and the streets are almost clean at the time of me writing this mere 20 hours later. In our household, the signs of the party are more visible – we had orange cake for breakfast this morning, have spent most of the day chilling and napping, and there are still orange balloons lying around our flat. 🙂 The party isn’t over on the social media, either – you still have a couple of hours to catch up on my Insta story from yesterday.

Did you celebrate King’s Day this year? 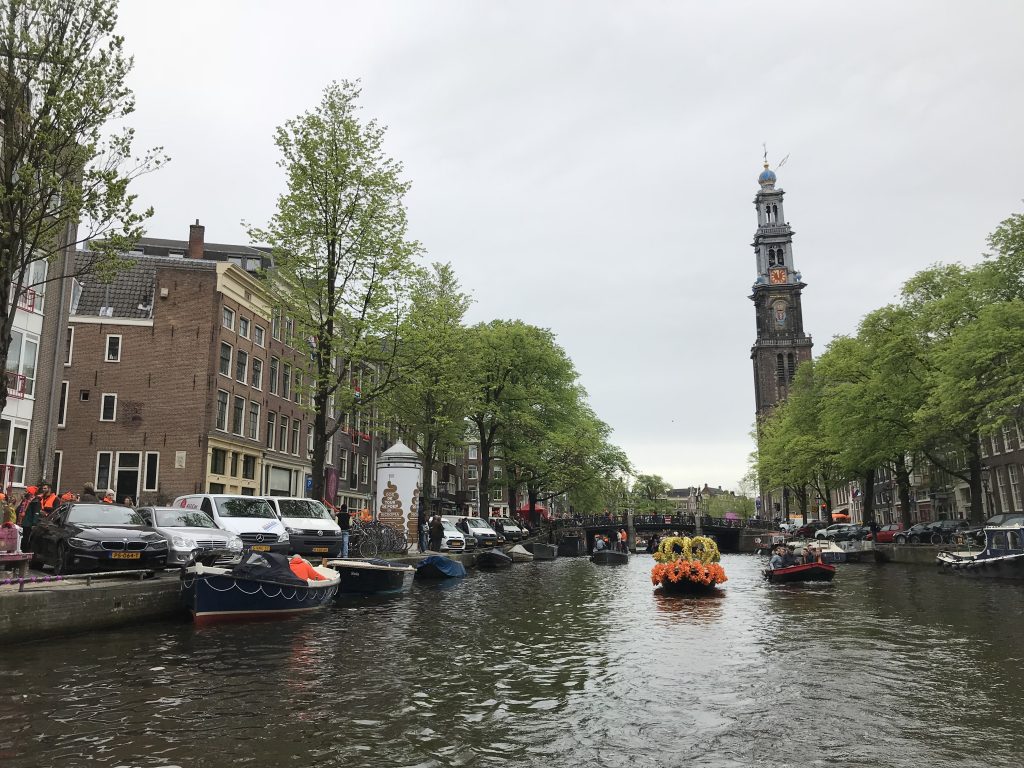