Cycling in Amsterdam: the Basics 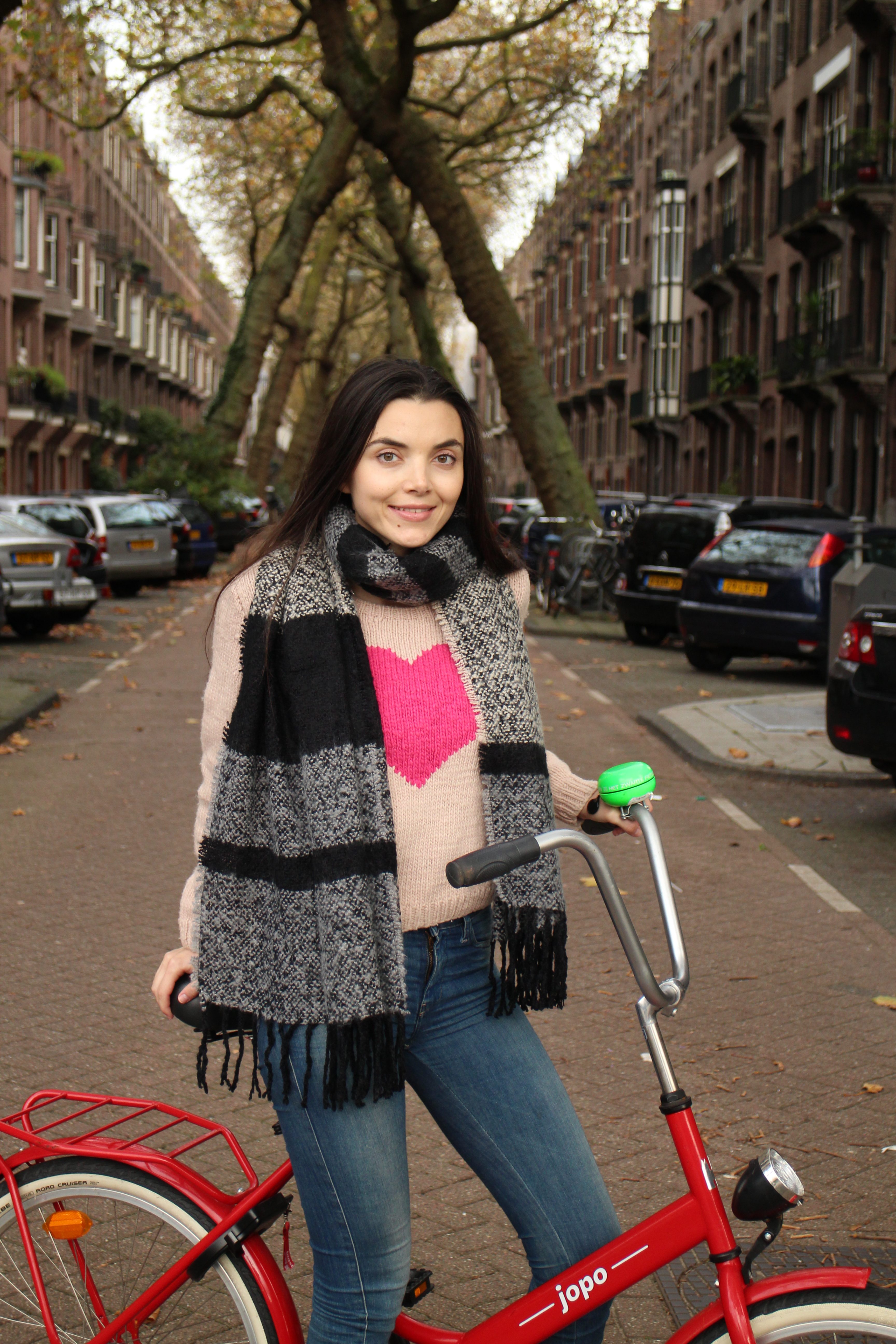 If you’re planning a trip to the Amsterdam, chances are you’re going to want to hop on a bike. The Dutch capital famously has more cycles than residents, and over half of all journeys in the city centre are done on two wheels (source). In short, cycling in Amsterdam is like riding a red double-decker in London – you should try it at least once.

But while riding a bike is one of the best things to do in Amsterdam and a great way to get immersed in the local culture, it can be daunting, particularly for first-time visitors. I still remember the first time I tried out my boyfriend’s cycle on a busy bike lane near the Dam Square – I was terrified! A few weeks later, when we went to get me a bike of my own, he had to ride it home from the store as I was still feeling overwhelmed by the chaos that is the traffic of central Amsterdam. This despite the fact that I really enjoy cycling and even have my own bike in London (though that’s a whole other story!). 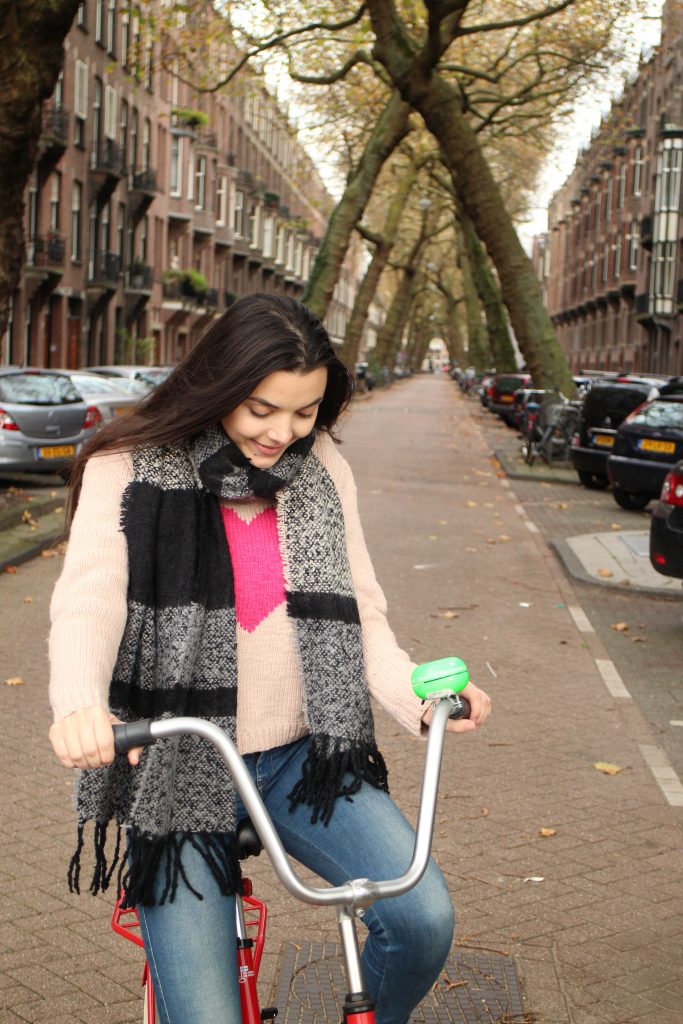 Slowly but surely, I’ve become more familiar and comfortable with the city and its cycling culture, and you can now find me on my red Jopo almost every day (when I am in Amsterdam, that is). In this post, I’ll share the basics of what I’ve learnt and what I think you should know before you start pedalling around Amsterdam.

[This post is the first in my three-part guide to cycling in Amsterdam. Next time, I’ll share some more in-depth tricks and rules for a safer, more pleasant cycling experience. This will be followed by a guide to the best cycling trips in and around Amsterdam, so stay tuned!]

Where can you ride a bike in Amsterdam?

Cyclists can use all roads that have a speed limit of 30km/h or under (that’s 90% of the roads in the capital). Roads with higher speed restrictions will often have separate bike paths or lanes, though it’s not always mandatory to use them.

Stay off the motorways (there’s only one in the city anyway) and, more importantly, the pavement and other pedestrian areas. You might see some cyclists breaking this rule, but they are putting others into danger and risk getting a fine. Be smart, don’t be like them. 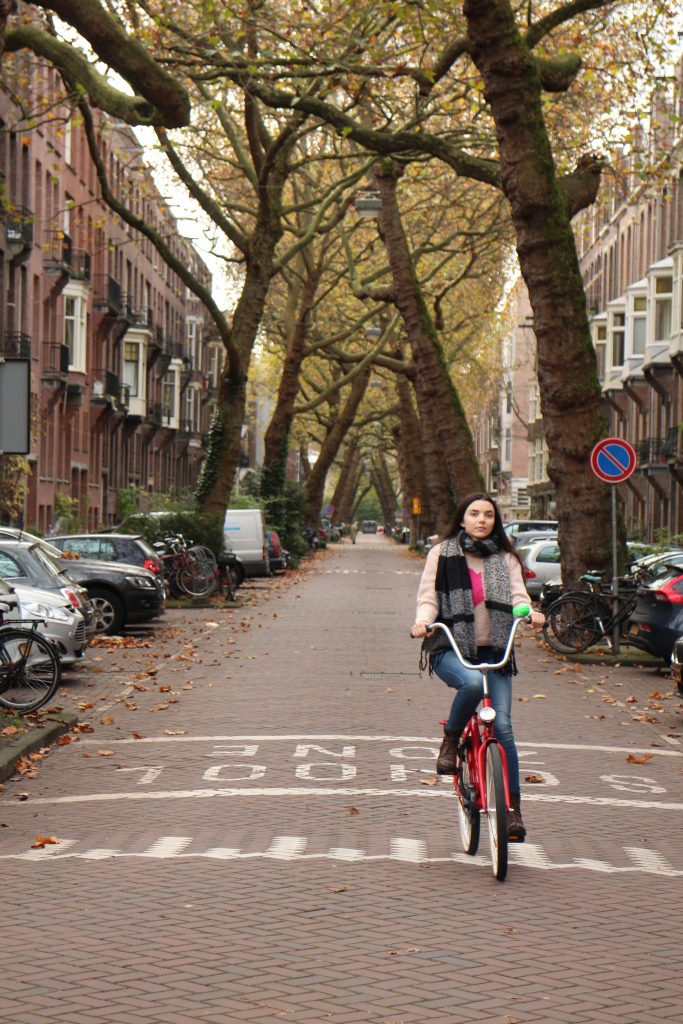 Cycle on the right side of the road, stop at red lights and ensure that your bike has a working bell. Helmets are not mandatory, and almost no one wears them.

Shy cyclist? Here’s how to get started. 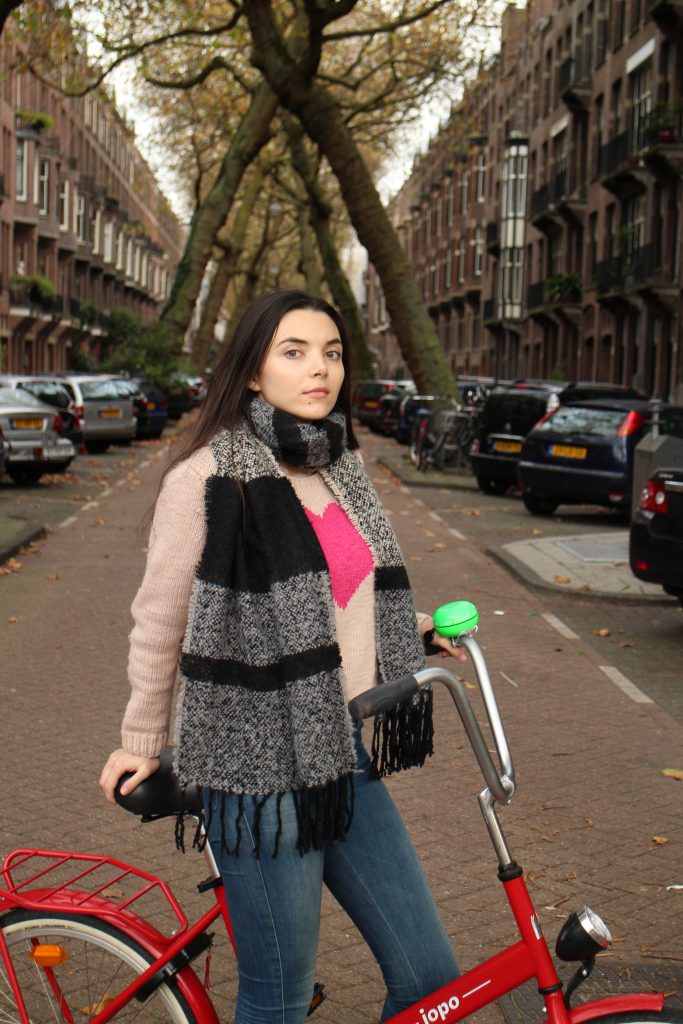 Cycling is easier in Amsterdam than in almost any big city that I’ve been to. The infrastructure is great; the car drivers, while not perfect, are much better aware of cyclists than their peers in, say, London. Having said this, here comes the but…

Amsterdam is not a cyclist’s dream come true

Amsterdam is known as the biking capital of the world, but it’s not as bicycle-friendly as many other Dutch towns. In fact, I know people who love cycling in Netherlands but are terrified to hop on their bikes in the capital. This is partly down to the sheer number of people in Amsterdam and the way that the city was constructed – there simply isn’t enough room for cars, mopeds, cyclists and pedestrians on the narrow medieval back lanes. In my experience, however, cycling in Amsterdam would be much safer and much more fun if everyone bothered to follow the rules. This brings us to the next point… 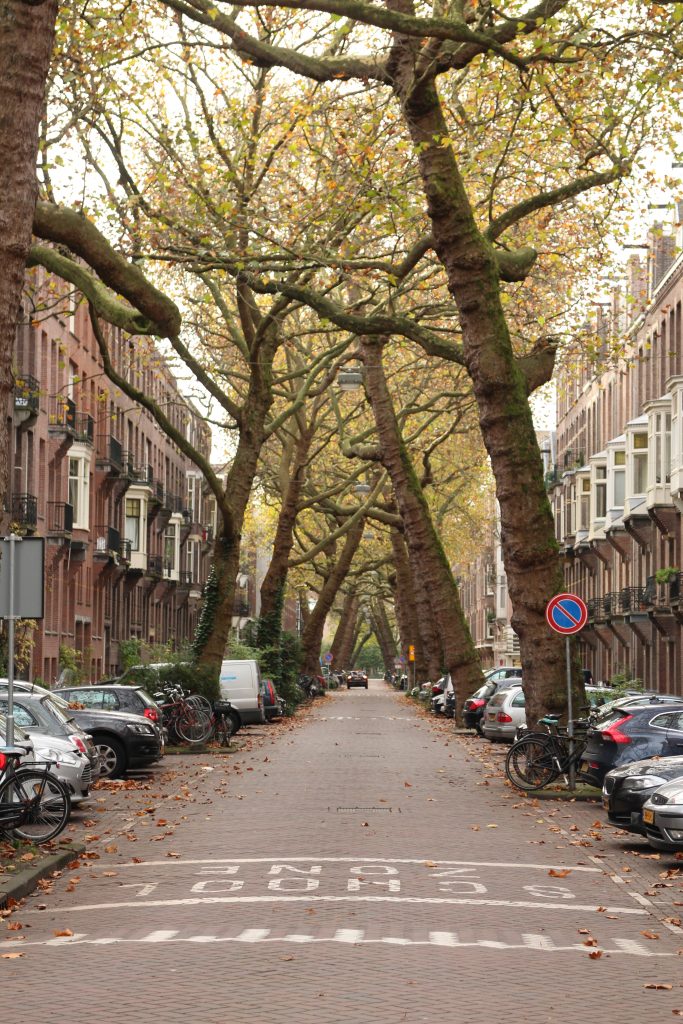 Don’t do as the Dutch do

There’s plenty to love about the cycling culture in the Netherlands, but you need not spend more than fifteen minutes in Amsterdam to witness some very irresponsible cycling. Whether it’s jumping the red light, taking a shortcut through the sidewalk or overtaking others when it’s unsafe to do so, there are many things that (some) locals do but you shouldn’t.  Needless to say, this sort of behaviour is not limited to Amsterdamians – tourists are also common culprits – or the Dutch. There are jerks in every country, the two-wheeled ones are simply more visible here because there are more cyclists on the roads in general (which in itself is a wonderful thing).

That’s the point to take away from this – cycling is wonderful. It has heaps of benefits for those who cycle – it’s fun, it’s a great way to get around the city, it helps you keep in shape – and for the society: as an alternative to cars, cycling protects the environment, saves space and reduces greenhouse emissions. Let’s try our best to make it as safe and as rewarding as it can be, for as many people as possible. 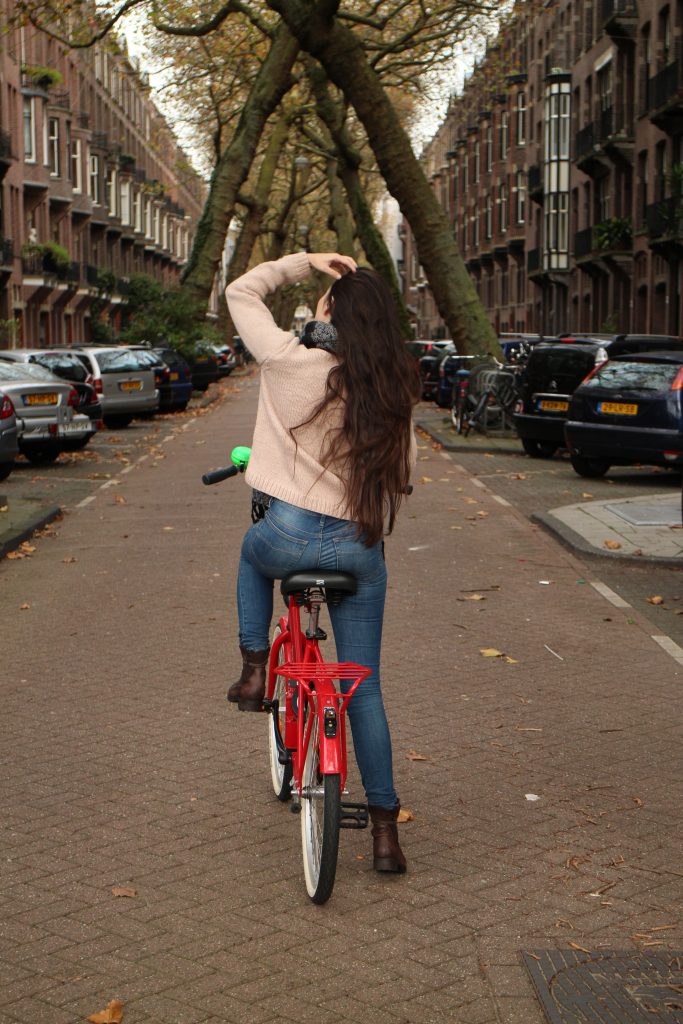 Here we are – now you’re all set to climb on your fiets! Next time, I’ll share some more in-depth tips for better and safer cycling experience, so remember to check back soon (follow Studying in the World on Facebook, Bloglovin and Instagram to get notified of the post). If you have any questions, leave them in the comment box below, and I’ll include them in the next post. I’d also love to hear from those of you who already have experience of cycling in Amsterdam – did you find it difficult at first? What tips do you have for those just starting out?

18 thoughts on “Cycling in Amsterdam: the Basics”