Five Hours in Constantinople: How to Enjoy a Short Layover in Istanbul 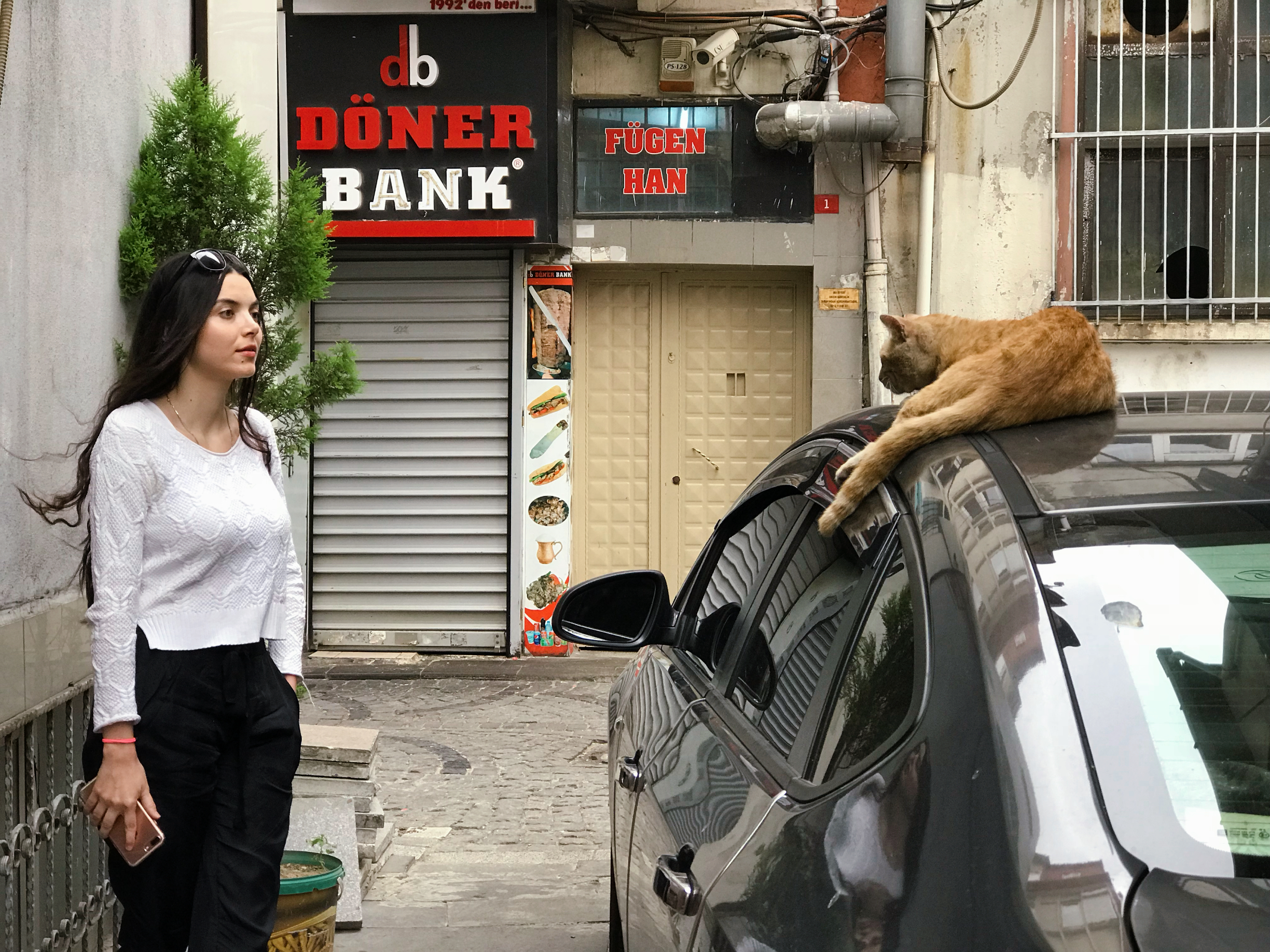 The third Rome, the capital of the Byzantine Empire and one of the most interesting cities on our planet… As an Orthodox Christian and a person of Greek heritage, I have always been fascinated by Constantinople. No wonder, then, that when I found out our trip to Rostov-on-Don could* include a short layover in Istanbul (as Constantinople is now more commonly known), I jumped at the chance.

*There are currently no direct flights to Rostov from London or Amsterdam. If there were, I would naturally fly direct as it’s both easier and better for the environment. 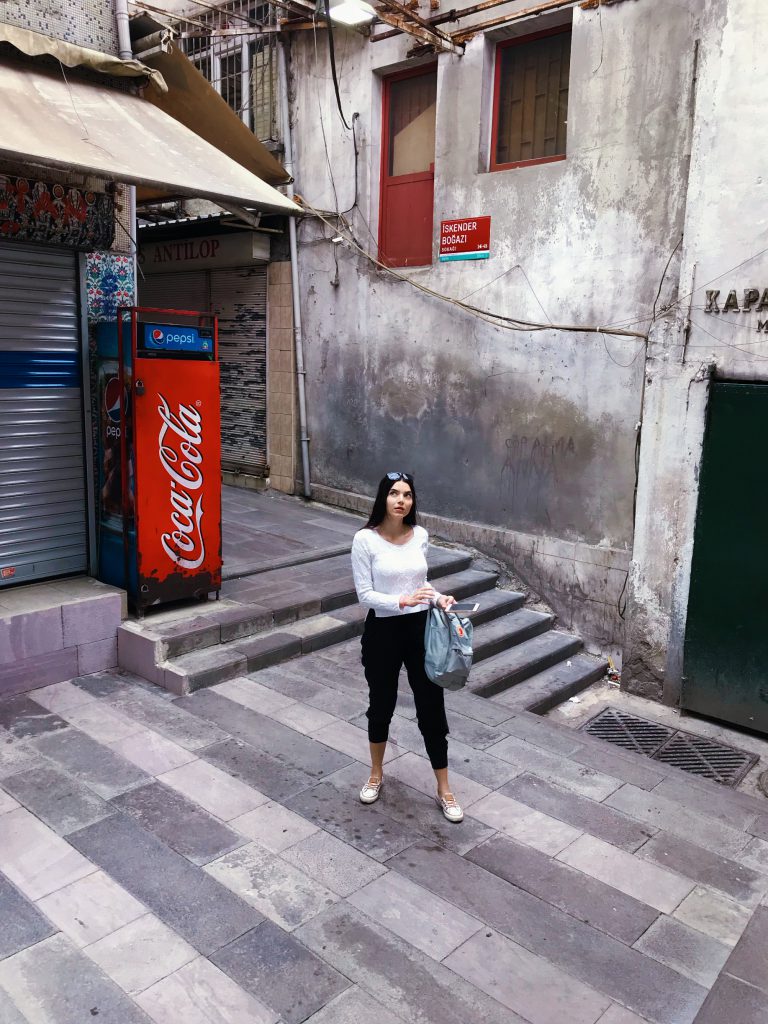 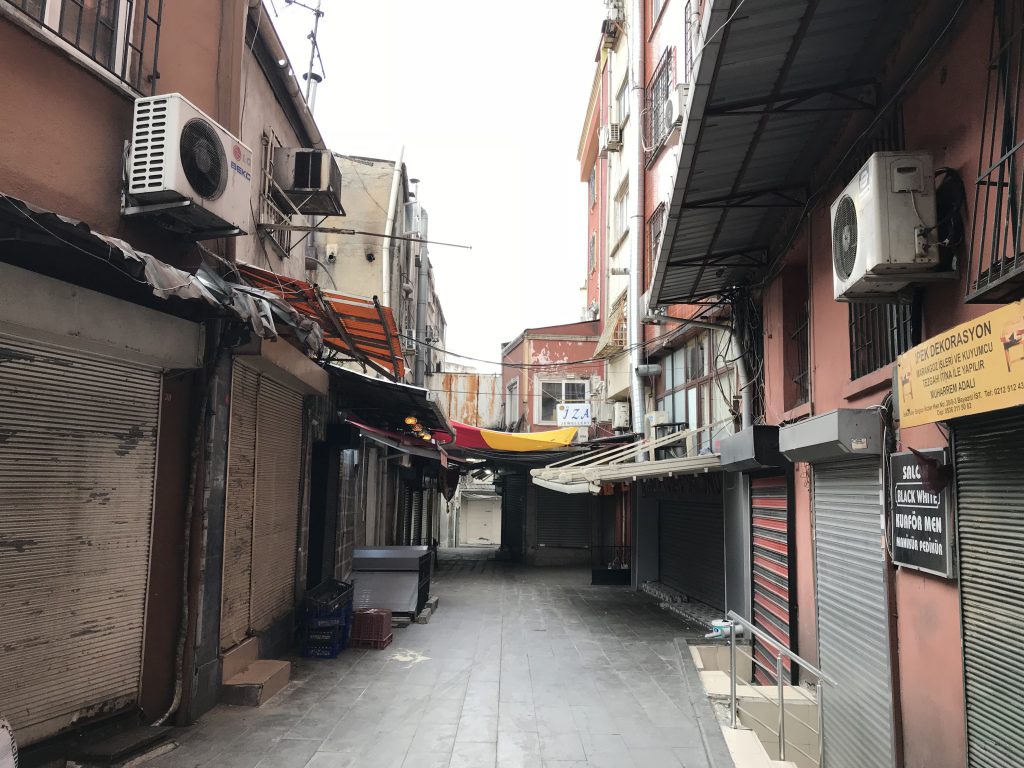 We landed in Istanbul at around 3pm on a Sunday and headed straight for the historic centre. Or that was the plan – in reality, it took us an hour just to get through the passport control. (Long queues and no e-passport gates is not a great combination.) Tired and a bit annoyed, we jumped on the tube. Our annoyance didn’t last for long, however, and was all but gone as soon as we caught the first glimpse of the city. 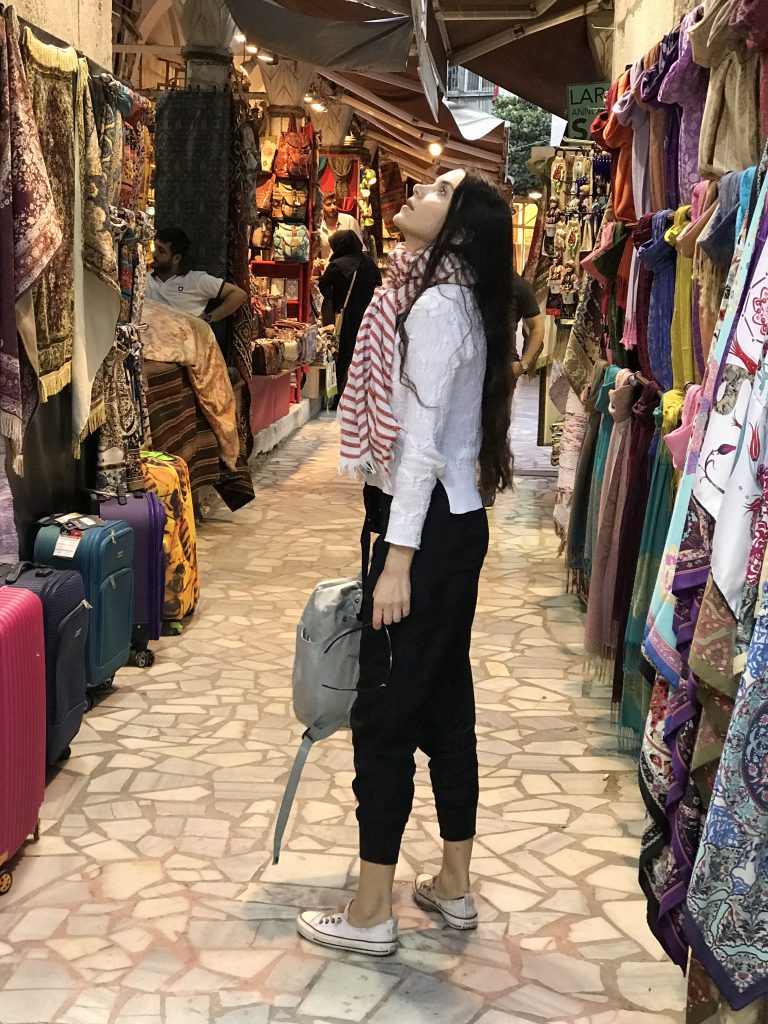 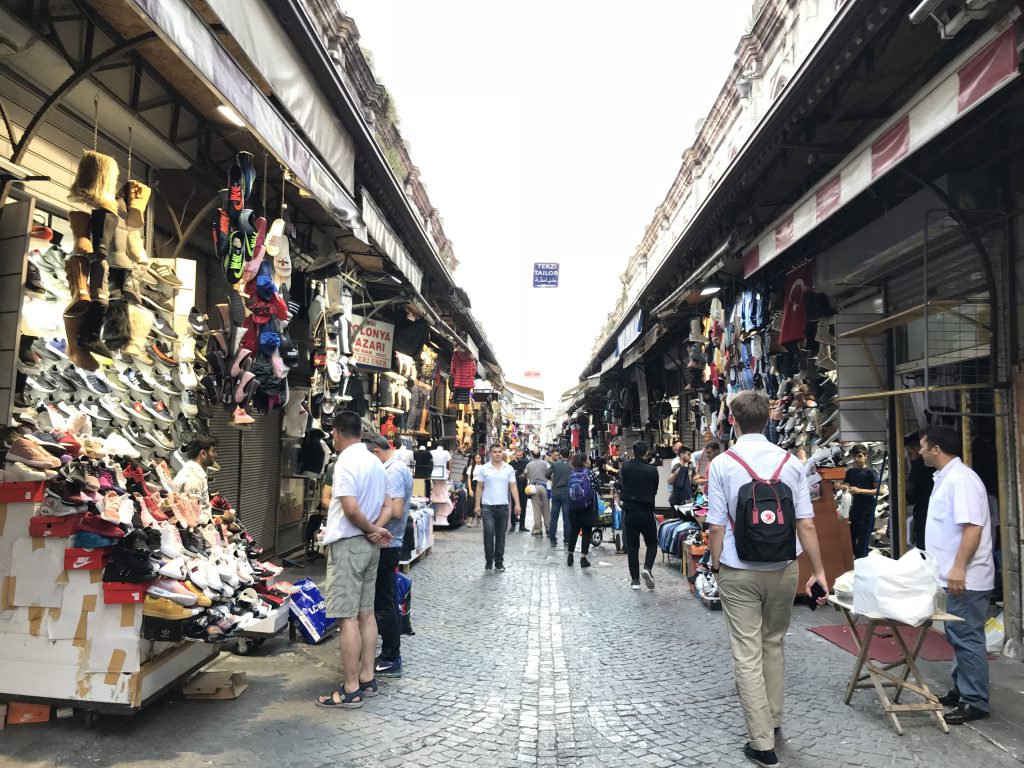 Our first stop was the Grand Bazaar, unexpectedly empty at this time of the day. After wandering around the closed stores (and the few open ones) with little other company than cats, we decided to head for lunch in a nearby restaurant. 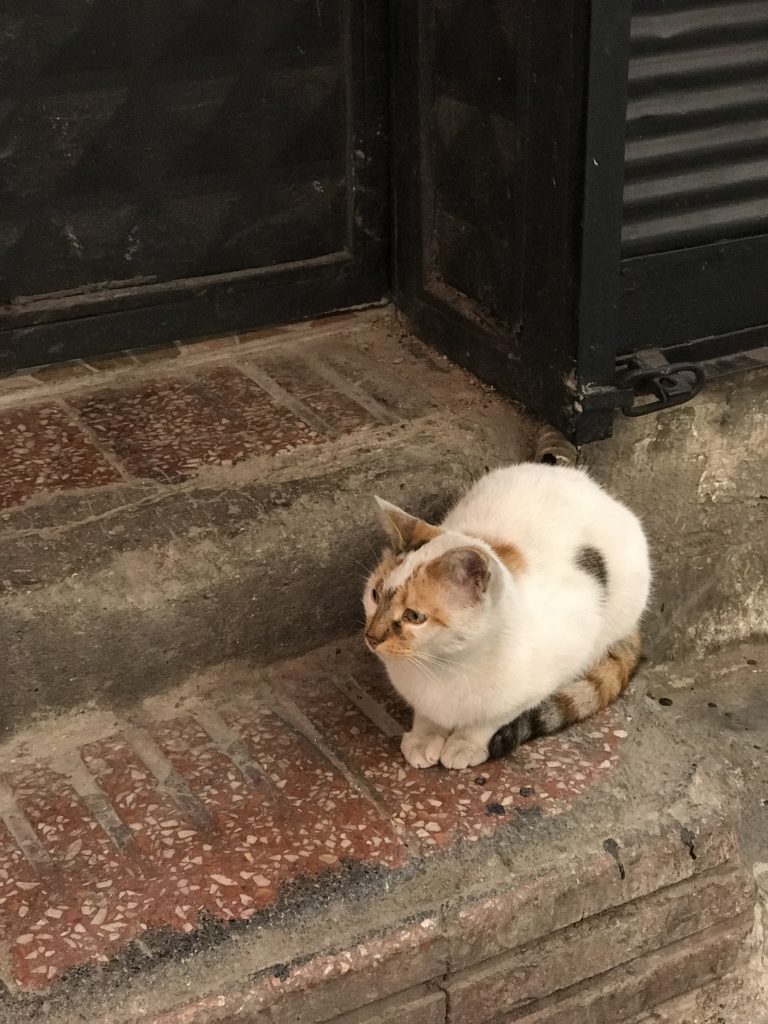 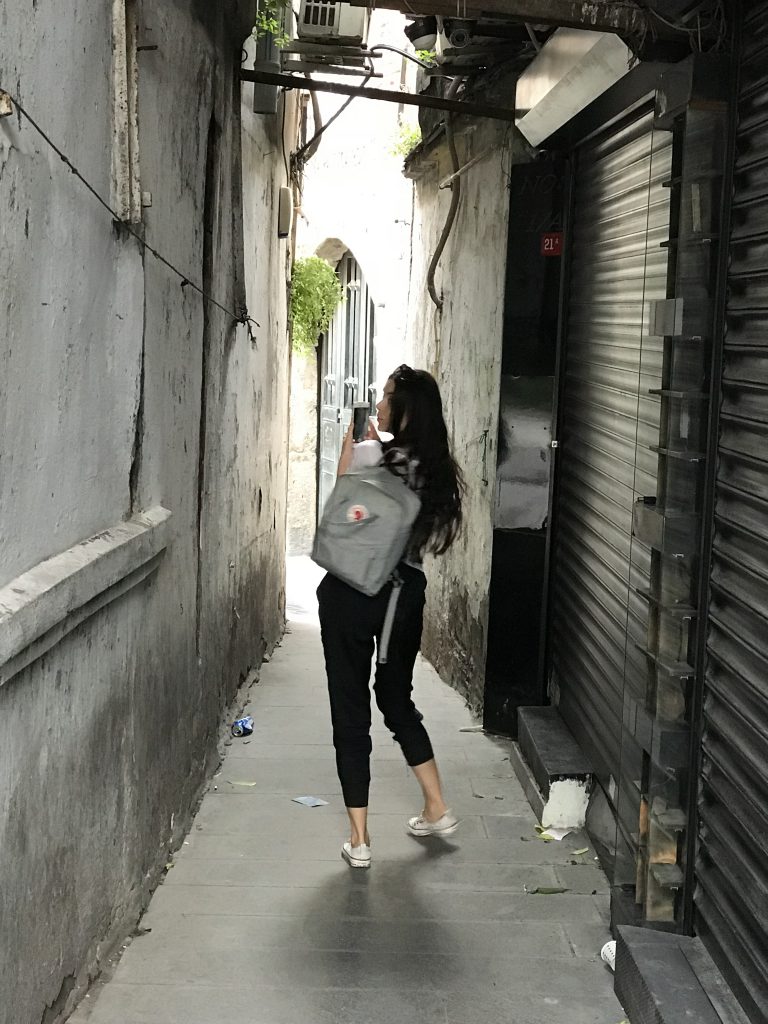 We could not have chosen a better place: the food was delicious and the atmosphere warm and welcoming. So welcoming, in fact, that it was getting dark by the time we left. 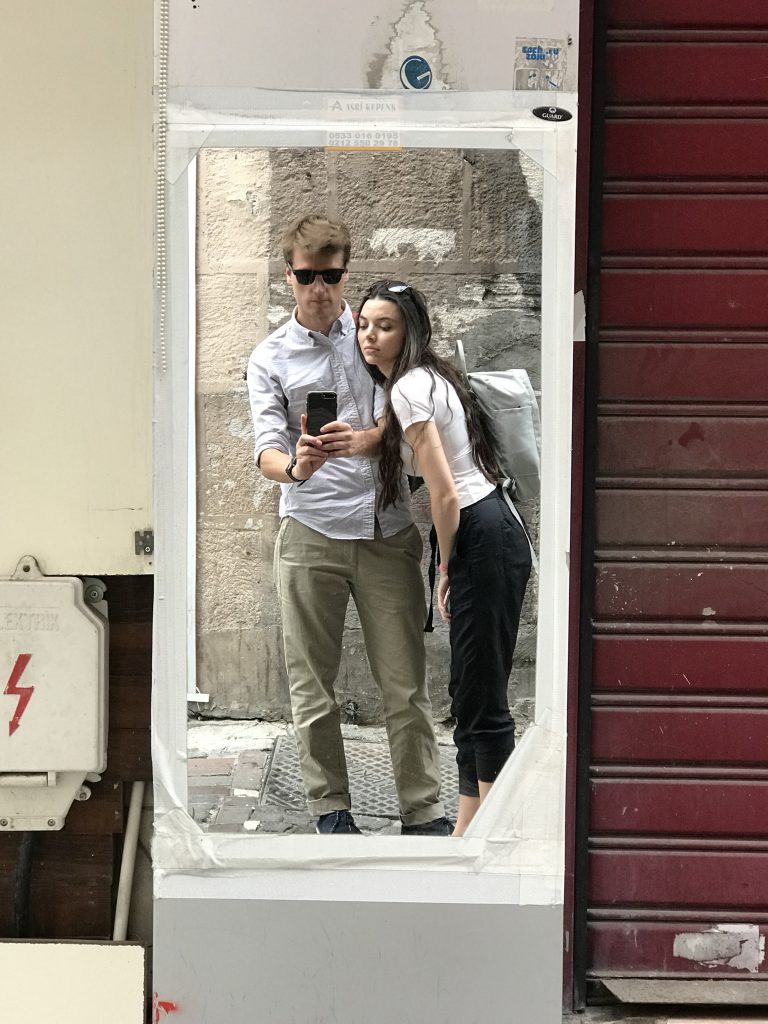 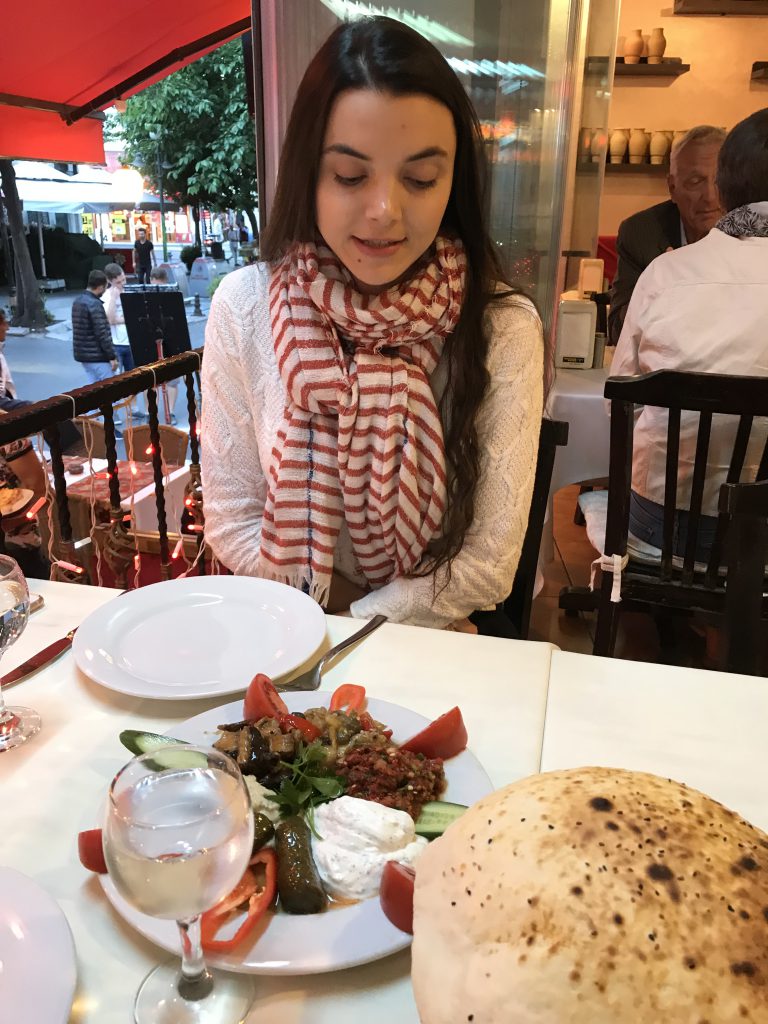 The best was still to come, however. Making our way past historic landmarks and through narrow alleyways, we soon found ourselves on a large open square. On one side of it was the Blue Mosque, an impressive sight that in normal circumstances would have held my attention for longer. Not this time, however, as I was instantly drawn to the magical building on the opposite side of the Sultanahmet Square – a building that, more than any other, is to thank for my fascination with Istanbul. 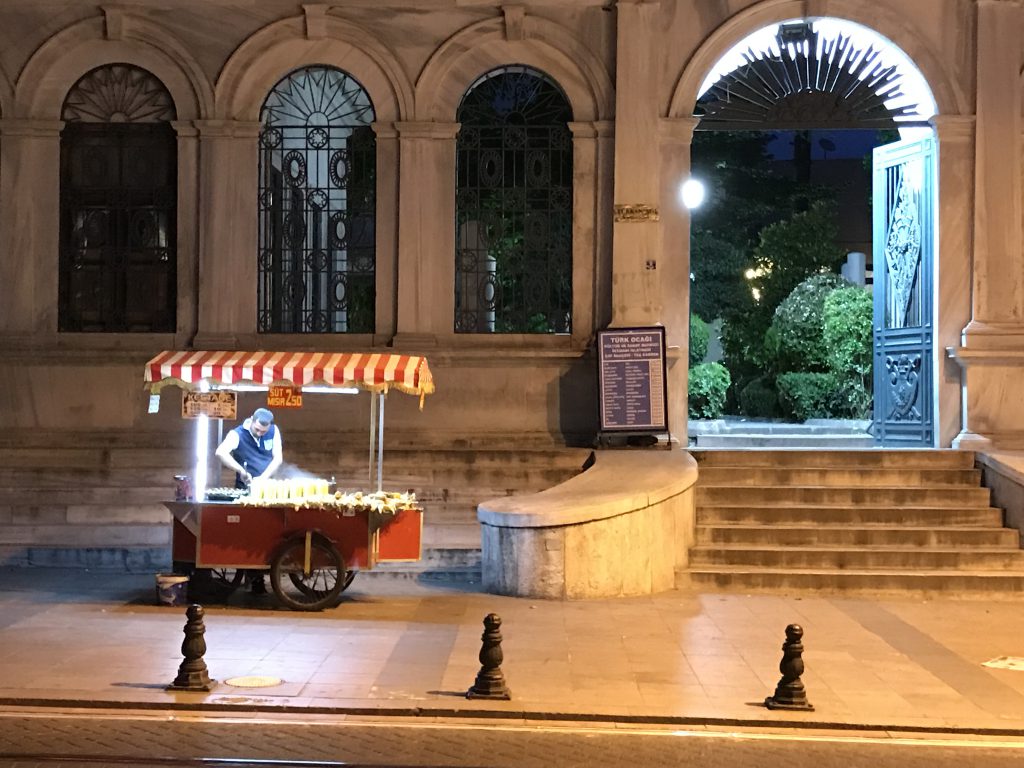 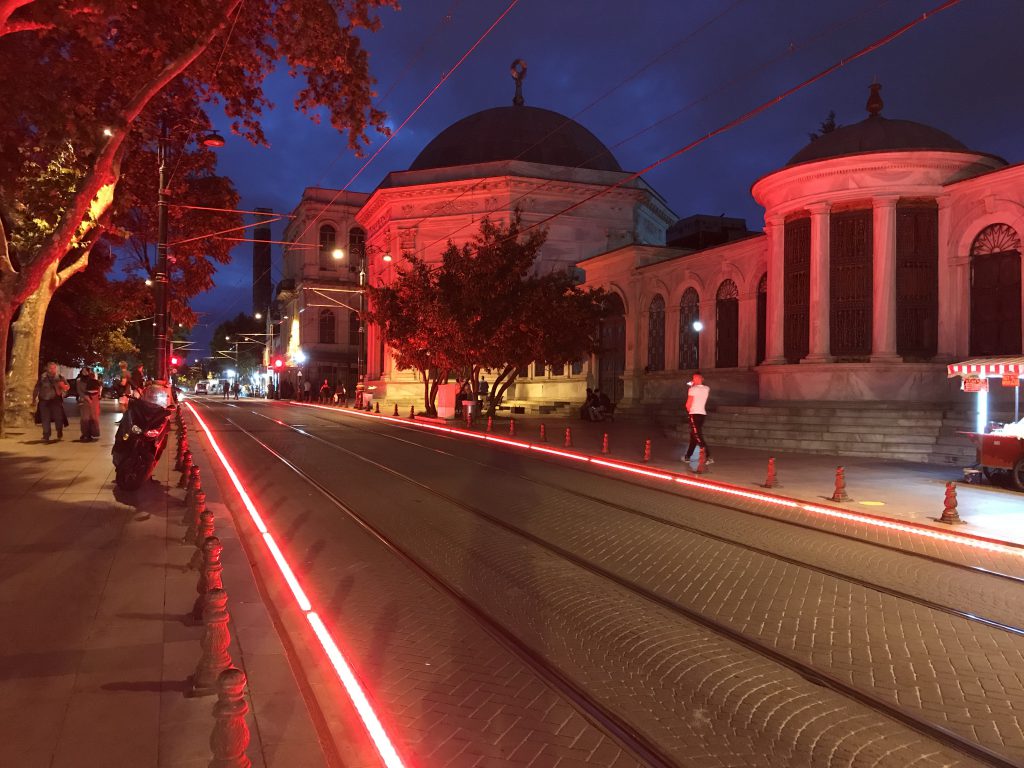 I’m talking, of course, of the Hagia Sophia.  An Orthodox Cathedral built in 537 (!!), it was converted into a mosque after Constantinople was invaded by the Ottomans in 1453 and then secularized in the 1930’s. Today, Hagia Sophia houses a museum, yet for me and for millions of other Orthodox Christians around the world it is still a place of great religious importance. How can I explain what was going through my mind as I stood admiring it? The feeling was pretty indescribable. I didn’t even mind that the museum was closed, although it will be my first port of call if I will one day get a chance to return to Constantinople. 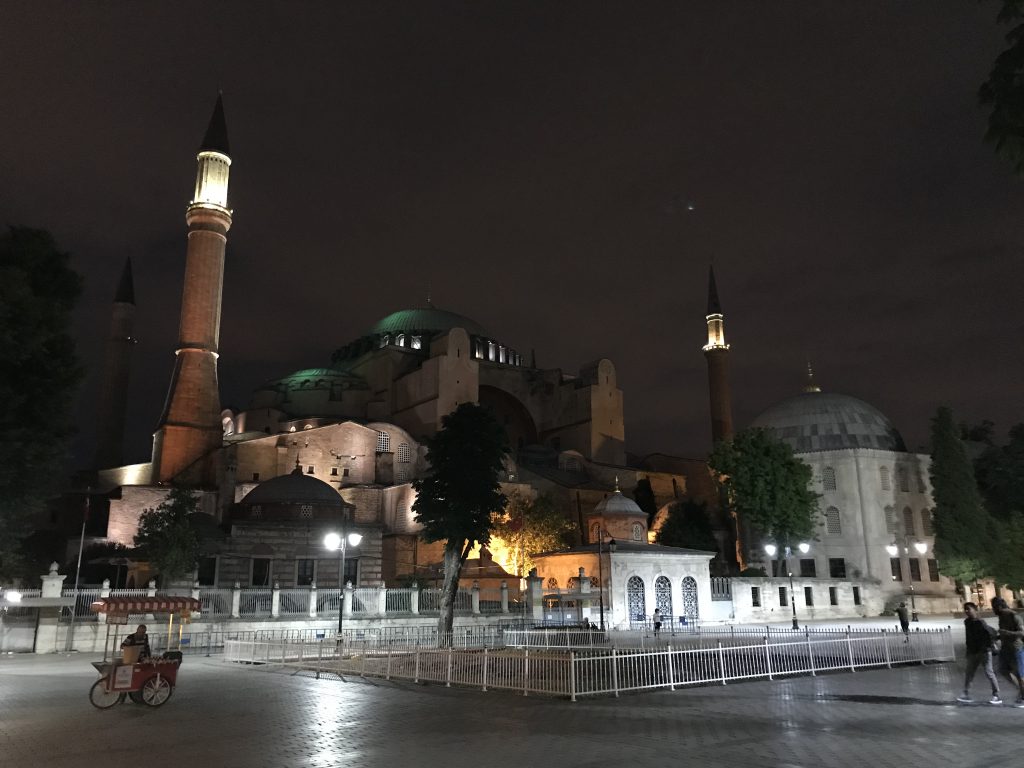 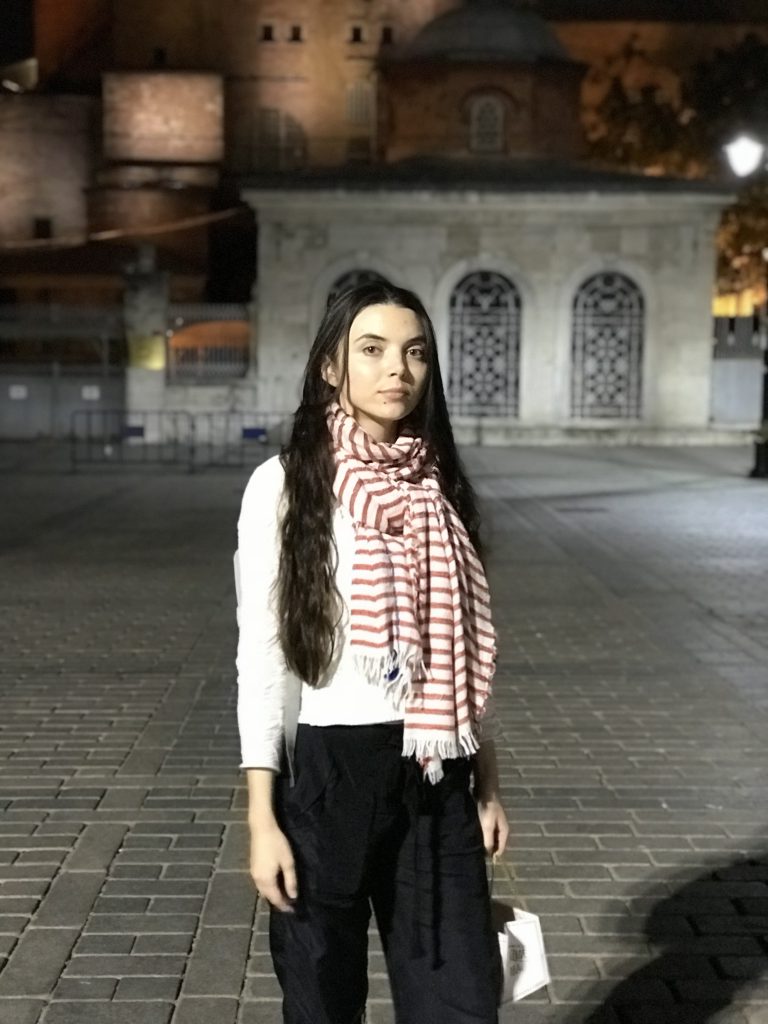 Humbled by the beauty of Hagia Sophia, we continued our journey through the streets of old Istanbul and soon came to Galata Bridge. Having crossed it, we found ourselves in what looked like the newer part of the city. It was election day, so there were a lot of beeping cars around and many cameras filming. Seeing reporters at work at this hour reminded me of my own days as a full-time news journalist: sometimes I would start the day at 5 am, sometimes stay in the office until dark. The working hours might not have been ideal, but covering breaking news to super-tight deadlines gives you a very special sort of buzz, something that other forms of journalism, as exciting and important as they are, can’t really offer. 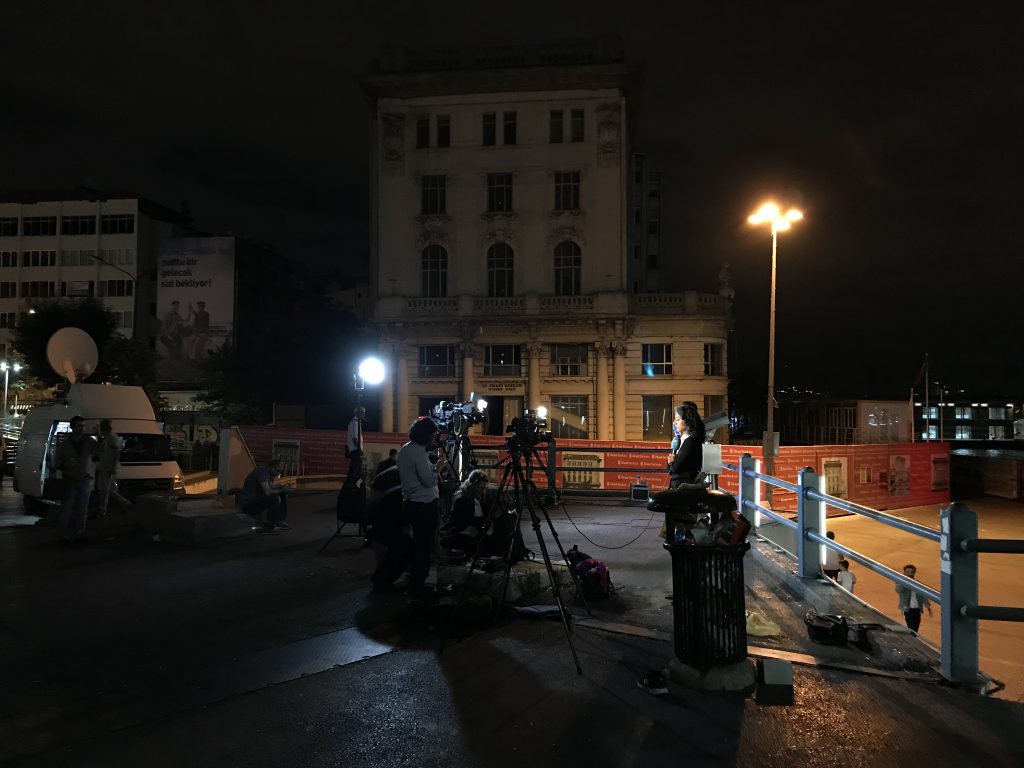 Not counting the professional nostalgia, I wasn’t too impressed with this part of the city. We had to walk along dark, abandoned roads to get to the tube station and catch our train back to the airport. The traffic was heavy and there were few pedestrians around. According to our guidebook, there are many historical treasures and nice restaurants in this area – I think I’d need to visit during the daylight hours to fully appreciate it. Another good reason to return to Istanbul in the future, right?

Have you been to Istanbul? What are your favourite sights in the city?

Ps. Don’t forget to follow Studying the World on Instagram. Facebook and Bloglovin. Want to read about how the journey continued after our short layover in Istanbul? Then check my latest Russia-related posts here.

2 thoughts on “Five Hours in Constantinople: How to Enjoy a Short Layover in Istanbul”