Heritage and History: a Week in Athens 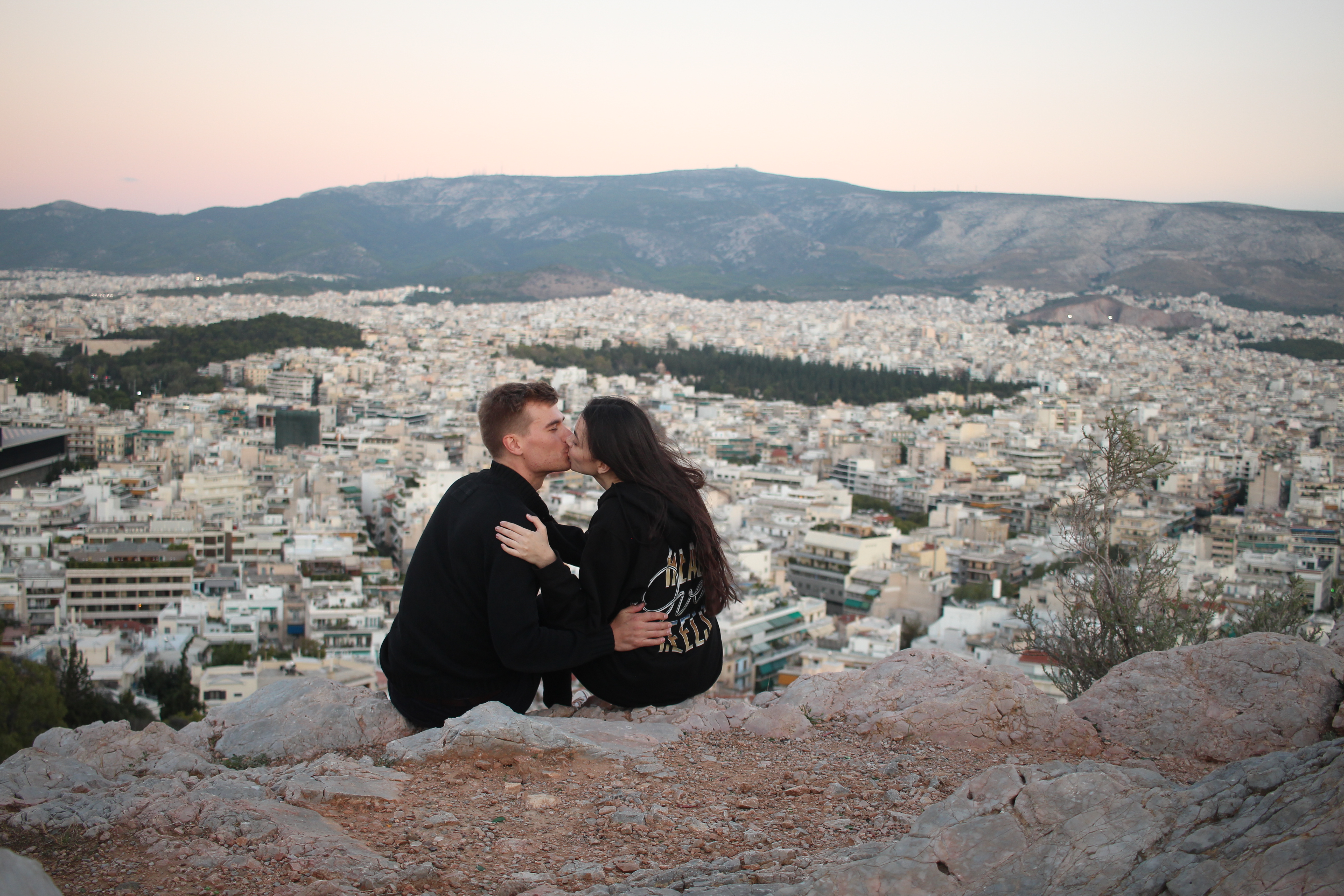 I have a friend who does not get national pride. Why would you feel proud about something that has no relation to your own achievements? Usually, I tend to agree with him. Not this week, however: I’m in Athens and can’t help but feel proud of my Greek heritage.

Of course, I’ve been well familiar with the achievements of the Greek nation since I was a child. In Athens, however, they take on a more concrete form: here is the hill on which democracy was born, here the school created by Aristotle… there are so many important places and interesting sights here that it almost feels exhausting.

This despite the fact that we’ve been taking it easy. In addition to buying the Acropolis package, which includes entry to the famous hill and six other archaeological sites, we visited the old Olympic Stadium and the Benaki Museum, which specialises in Greek history. Originally, I had planned a programme that was considerably more intense – but we had to give up on it because we are, after all, on a vacation :D.

Considering how much there is to see and do in this city, it feels funny that many people skip it altogether in favour of the archipelago. Sure, a city of three million inhabitants is not as tranquil as a tiny island, but I was pleasantly surprised by how charming and green Athens is.

One thing that I was a bit concerned about before our trip was visiting Athens as a vegetarian. I should not have worried – there is plenty to choose from, from salads to cheese to various types of antipasti, some of which I’d never tried before. Rather unexpectedly, the dinner experience I most enjoyed during our trip was at a tiny wine bar called Cinque Wine & Deli. I do not usually drink alcohol, so the friendly owner suggested that I could share a wine tasting course with my boyfriend. It’s wonderful when someone puts the customer before the sales, and this seems to happen quite often in Greece – one more reason to love the country! 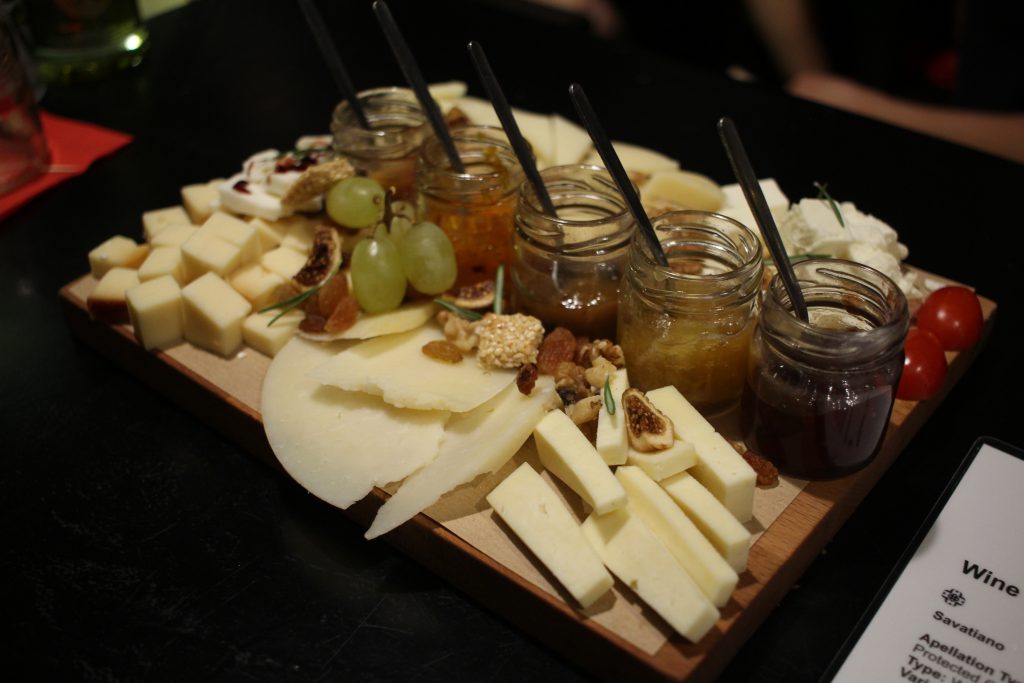 Trip in a Nutshell: Athens, Greece

Where did we stay?
In a lovely Airbnb flat located in Koukaki, 15 minutes from the Acropolis. We loved both the area (local vibes and lively atmosphere) and the flat (stylishly decorated by the owner who we later heard is an interior designer). 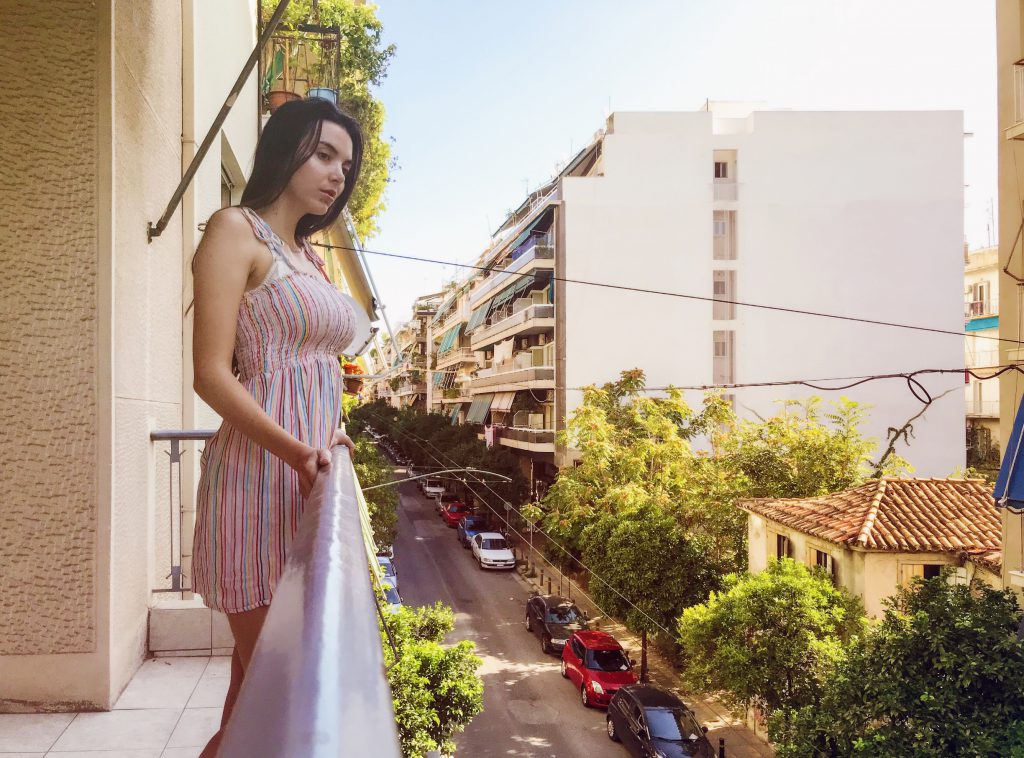 What did we do?
Tour the sights, taste Greek food, delve into ancient history and enjoy the warm temperatures. Play Scrabble, which we’ve been hooked on for the last few weeks :D. Chill on the balcony of our Airbnb apartment enjoying the sun (in the daytime), the city lights (in the evenings) and the lively atmosphere (round the clock).

Being in Greece. Visiting my fourth “home country” is always a pleasure. Though I’ve never actually lived in Greece and don’t even speak the language, I do feel weirdly at home in Hellas.

Learning and re-learning. As a child, I used to read Greek myths for bedtime stories and study Ancient history in great detail. Unfortunately, I have since forgotten a lot. Not to worry, though: climbing the Acropolis or walking the streets of the Ancient Agora is a great way of refreshing the memories.

The sunsets. I already mentioned the balcony, which was our favourite place for admiring the spectacular sunsets Athens offered us during our stay. If you’d like to see the sun set behind Acropolis, I can warmly recommend the Filopappou Hill and the Mount Lycabettus – we climbed both (on separate nights) and were mesmerised by the views (see a taster below!). 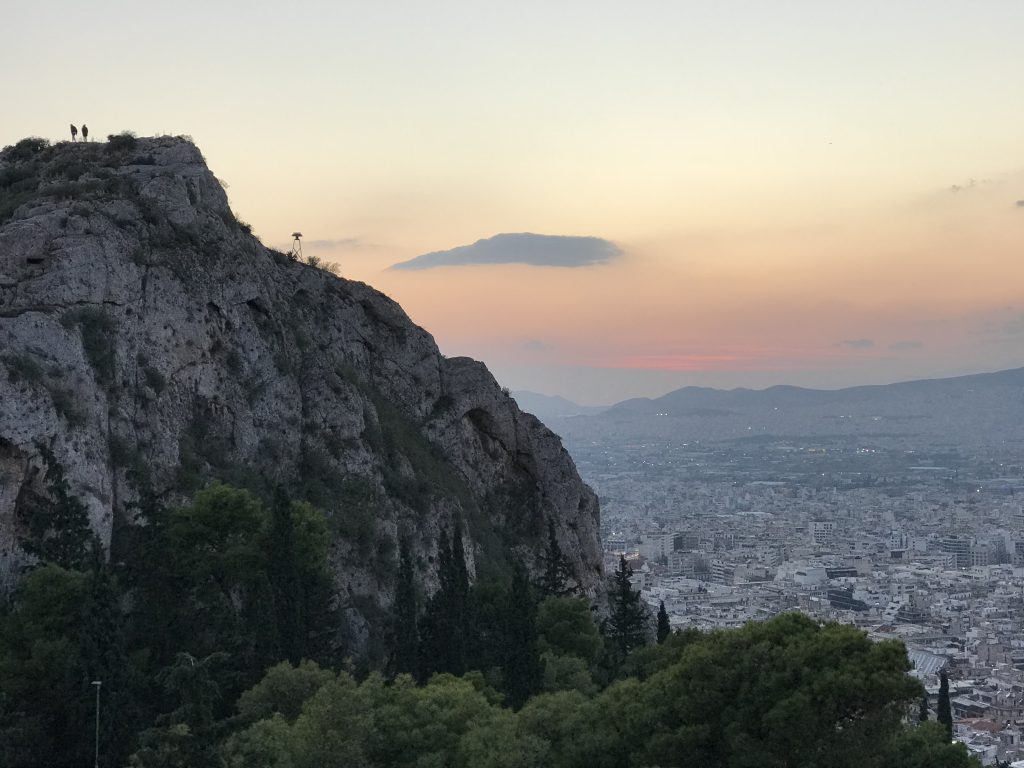 I love Greece for many reasons, the first being that my granddad comes from a Greek family. As such, I often look at it through rose-tinted glasses. Even so, there were a couple of things that caught my attention in a less than positive way.

Firstly, some restaurants did not issue us a receipt. This is annoying because it may be a sign of a tax evasion, which unfortunately is very common in the country – according to this article, self-employed people in Greece hide nearly 60% of their income. 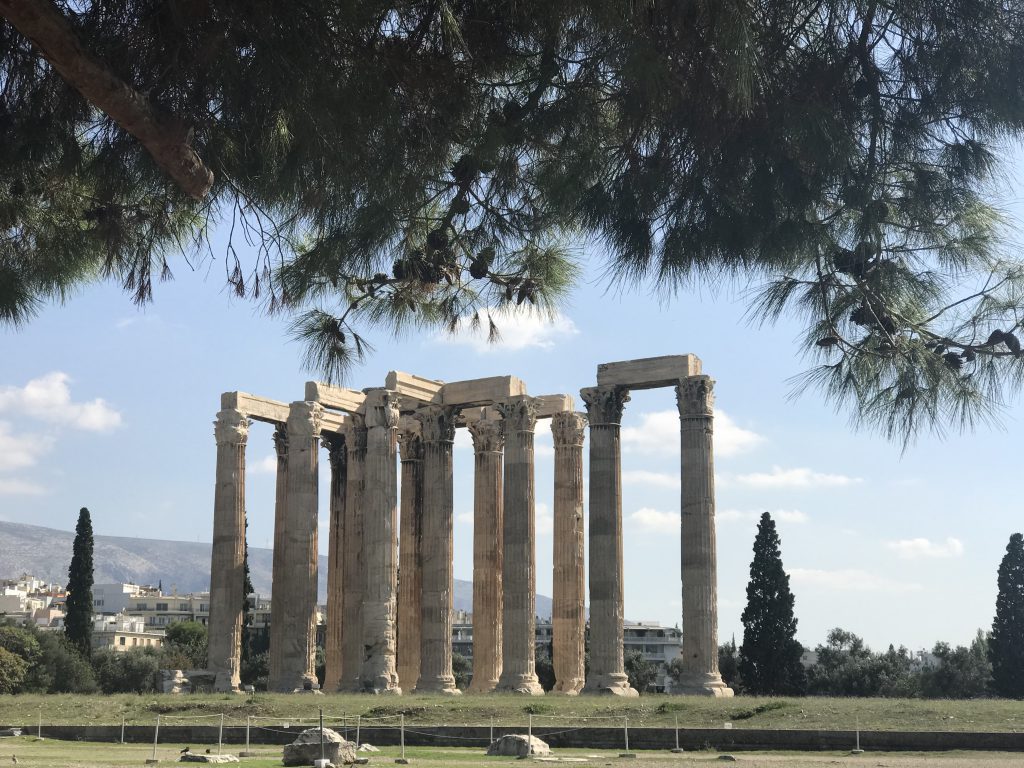 Secondly and, for me, much more importantly, I was quite shocked by the attitude many Athenians seemed to have towards smoking. Even though it has been officially banned in closed spaces such as. bars, restaurants and public transport, people didn’t seem to care. They were lighting up right next to no smoking signs, and we even saw a man get on a tram with a lit cigarette in his hand. I absolutely can’t stand cigarette smoke, so it’s a testament to how much we liked Athens that even the smokers didn’t ruin our holiday – though it’s definitely not for the lack of trying, haha.

For more pictures from our holiday, check out my Instagram feed (and stay tuned for future posts!). You can also follow Studying the World on Facebook and Bloglovin.

Filed Under: Athens, Greece, Travel
The shortest city break ever? Birmingham in 15 minutes
I know what you did last summer: June, July & August 2018