Get your skates out: There is ice on the canals of Amsterdam! 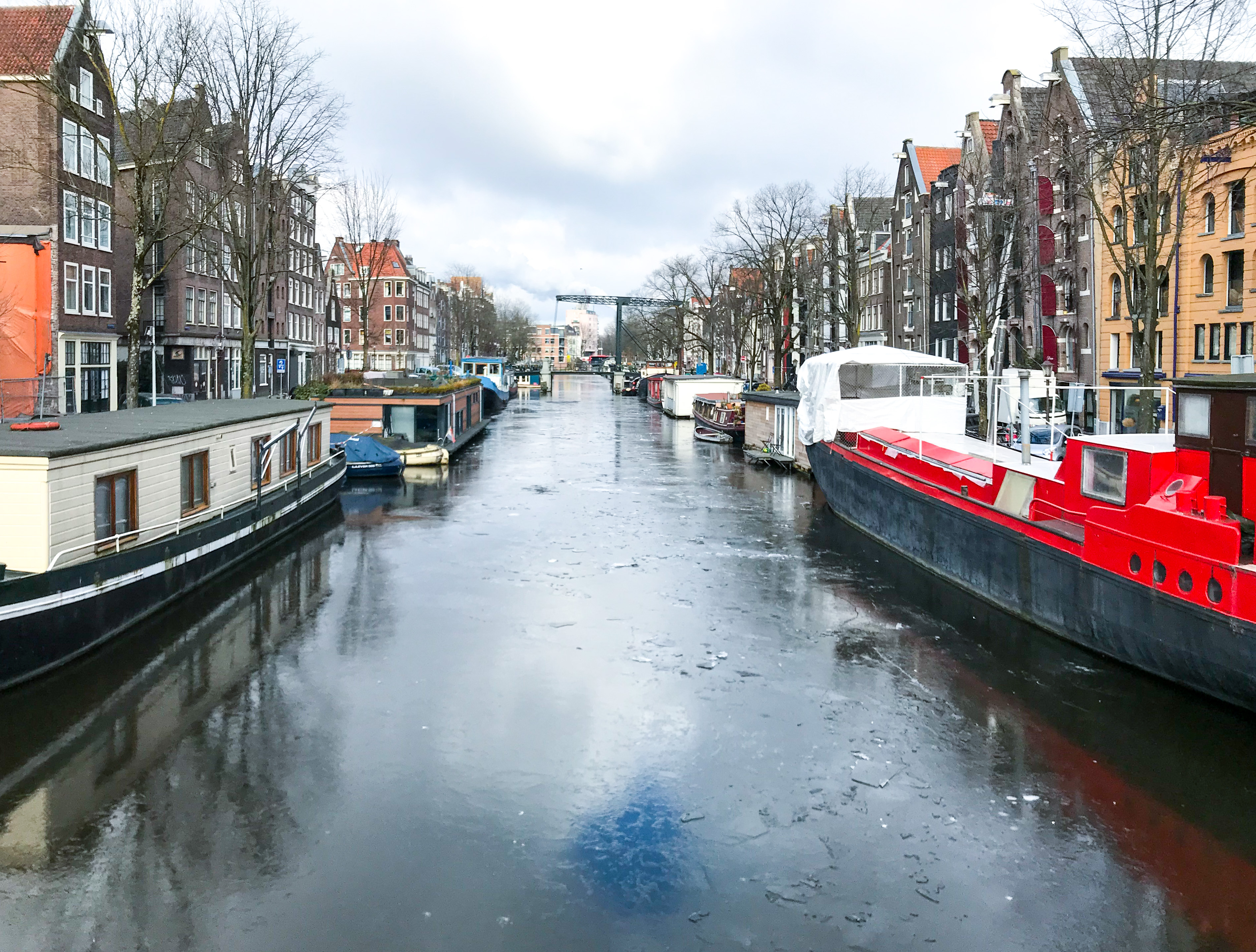 As many parts of Europe, Amsterdam has enjoyed some freezing temperatures lately. It’s been so cold, in fact, that yesterday we checked whether the city had issued the so-called Ijsnota, the ice protocol that includes banning boats from the canals so that they don’t disturb the ice. Alas, they had not: the conditions were not right yet, the local water authority Waternet said. 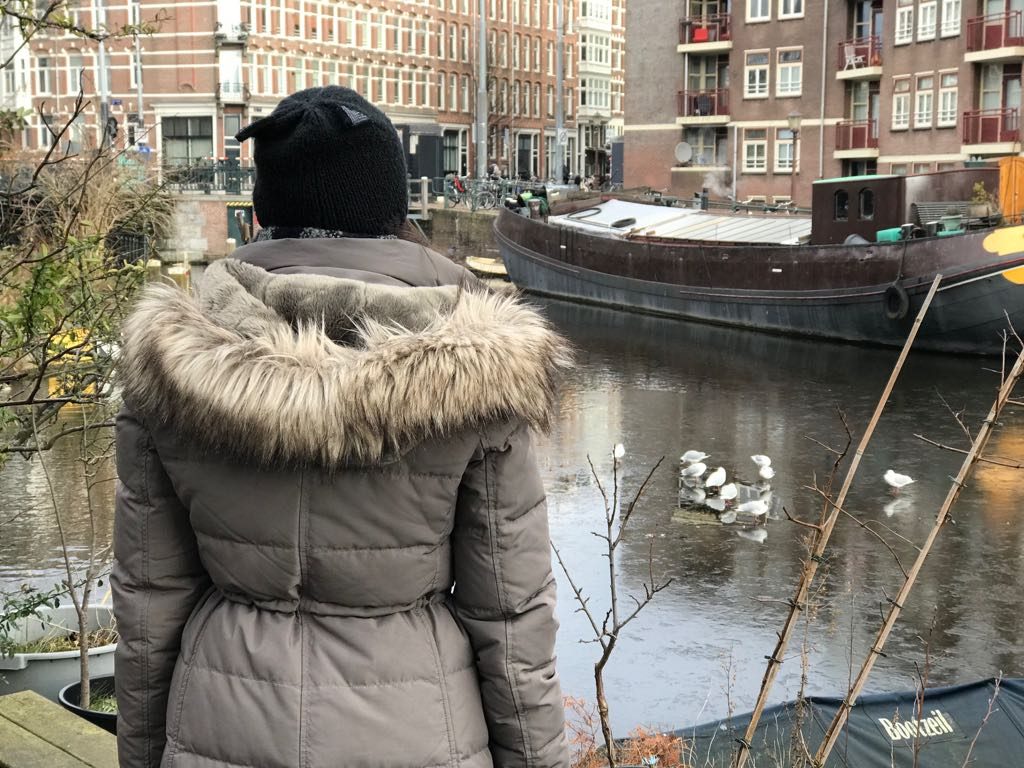 This morning we woke up extra early to go and check on the ice. The canal closest to us did not seem frozen at first, but soon we noticed that ice had formed on parts of it and even looked quite strong in some places. We then walked up to to Brouwersgracht, one of the city’s most beautiful canals – and could barely believe our eyes. It was frozen. Sure, the ice looked quite thin in places, and it would be way too dangerous to even try walking on it at this stage – but still, there was a clear layer of ice on the canal, reflecting the sunlight and the canal boats stationed along it. (All the photos in this post are from our walk this morning). 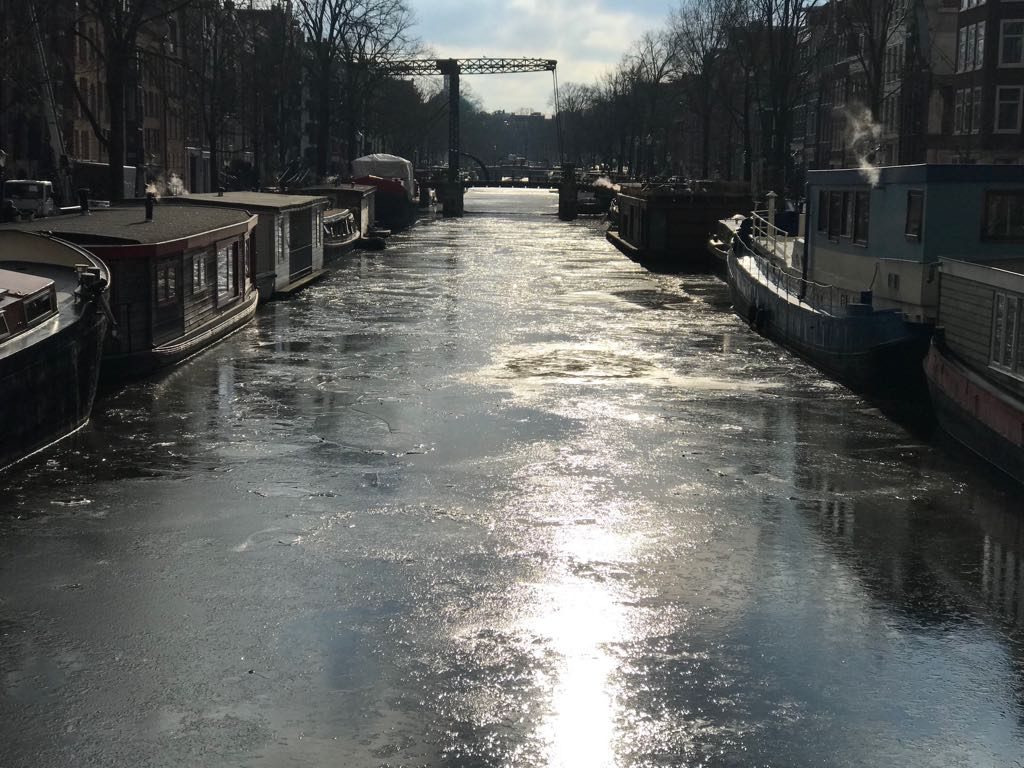 As soon as I got home, I hurried to check on the Ijsnota – and it had been issued! Waternet has banned boats from 16 canals, mostly in Jordaan, and closed some locks and pumping stations to slow down the flow of the water. Anything to get Amsterdamians on their skates!

I’m trying not to get too excited, though: I have work in London at the end of this week and need to travel back tomorrow. Usually I can’t wait to get to London (it’s my favourite city, after all), but this time I really don’t want to leave. The last time canals in Amsterdam froze over was in 2012 and, from what I’ve read, the last time before that was way back in the 1990’s.  I really, really, really would not want to miss it if it happens this year – who knows how long we’ll have to wait for the next time (or if it will ever happen again)? 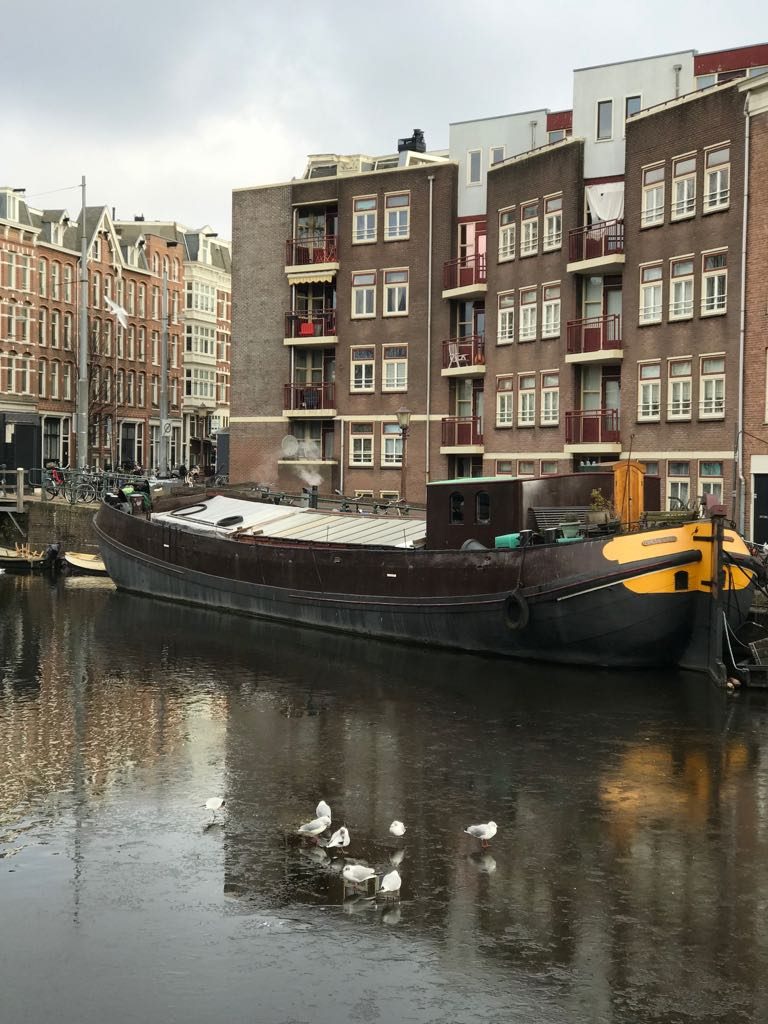 Yet I know that getting to see the canals of Amsterdam frozen – even if I’m not in town long enough to be able to walk on them – is a privilege in itself. And, since the temperature is forecast to stay below zero today, and drop as low as -8 during the night, I’m still hoping that I might have time for a quick morning stroll on the canals (not beside them, as usual :D) before catching my train tomorrow. Keep your fingers crossed and get your skates ready!

4 thoughts on “Get your skates out: There is ice on the canals of Amsterdam!”