Magical reality: Amsterdam in the mist 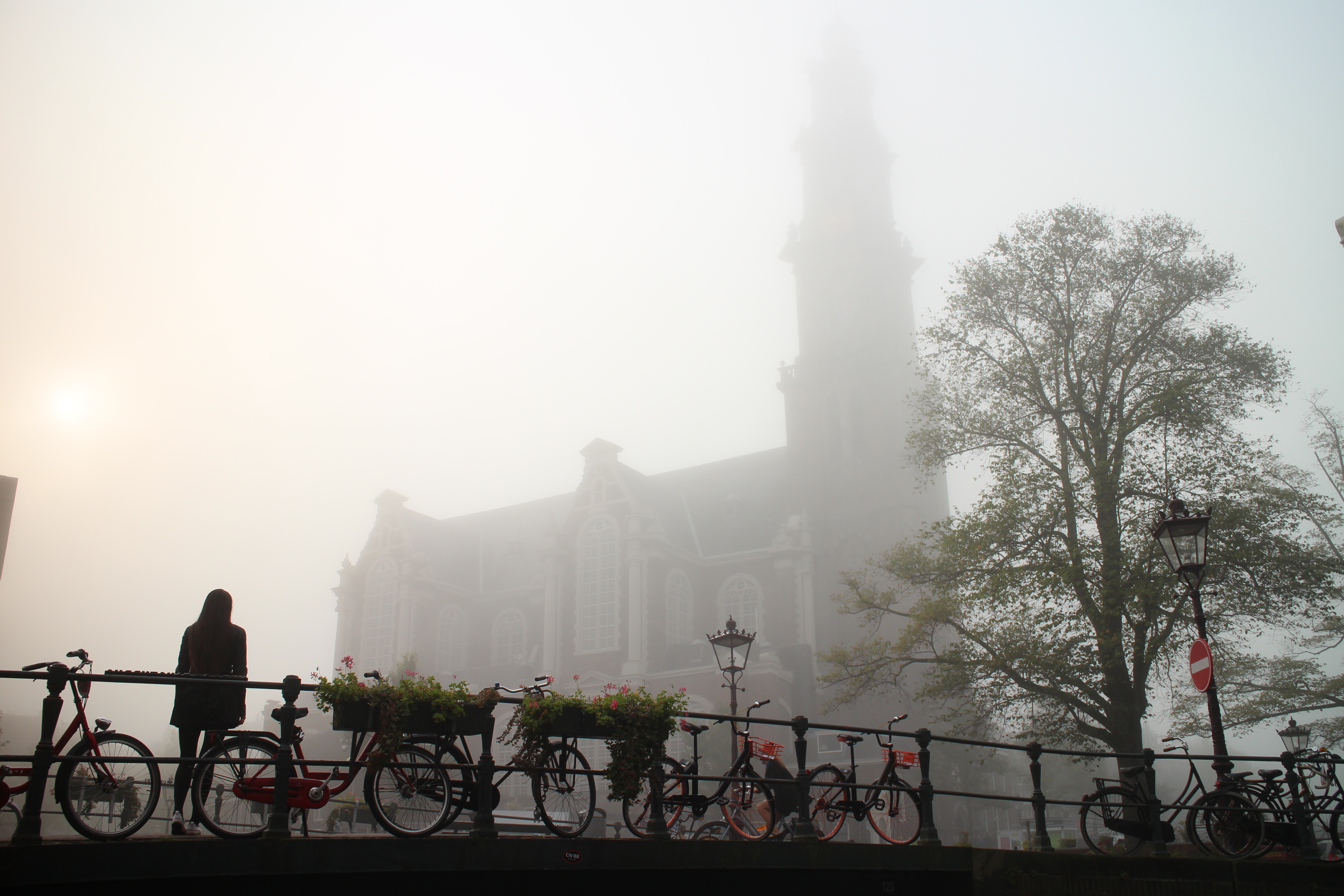 The best adventures are often unplanned.

This morning, waking up in Amsterdam to a grey and cloudy sky, we could not have imagined what a treat we would be in for in just a couple of hours. Wondering downstairs for a cup of tea around 7am, I didn’t think much of the weather: sure, they had forecast sunshine and +19 degrees, but as a PhD student I always have a lot of work to catch up on, and thus didn’t mind spending the Sunday inside.

I must have been onto my second cup by the time we noticed a slight haze around the treetops peeking in from our windows. My boyfriend remarked that we might want go for a walk and take the camera with us, but we decided to finish the breakfast first. Had we known what was waiting for us, we’d have abandoned our plates on the table and run out of the door in our pyjamas.

Alas, it was only after 9am that we finally made our way outside.. and to this view. 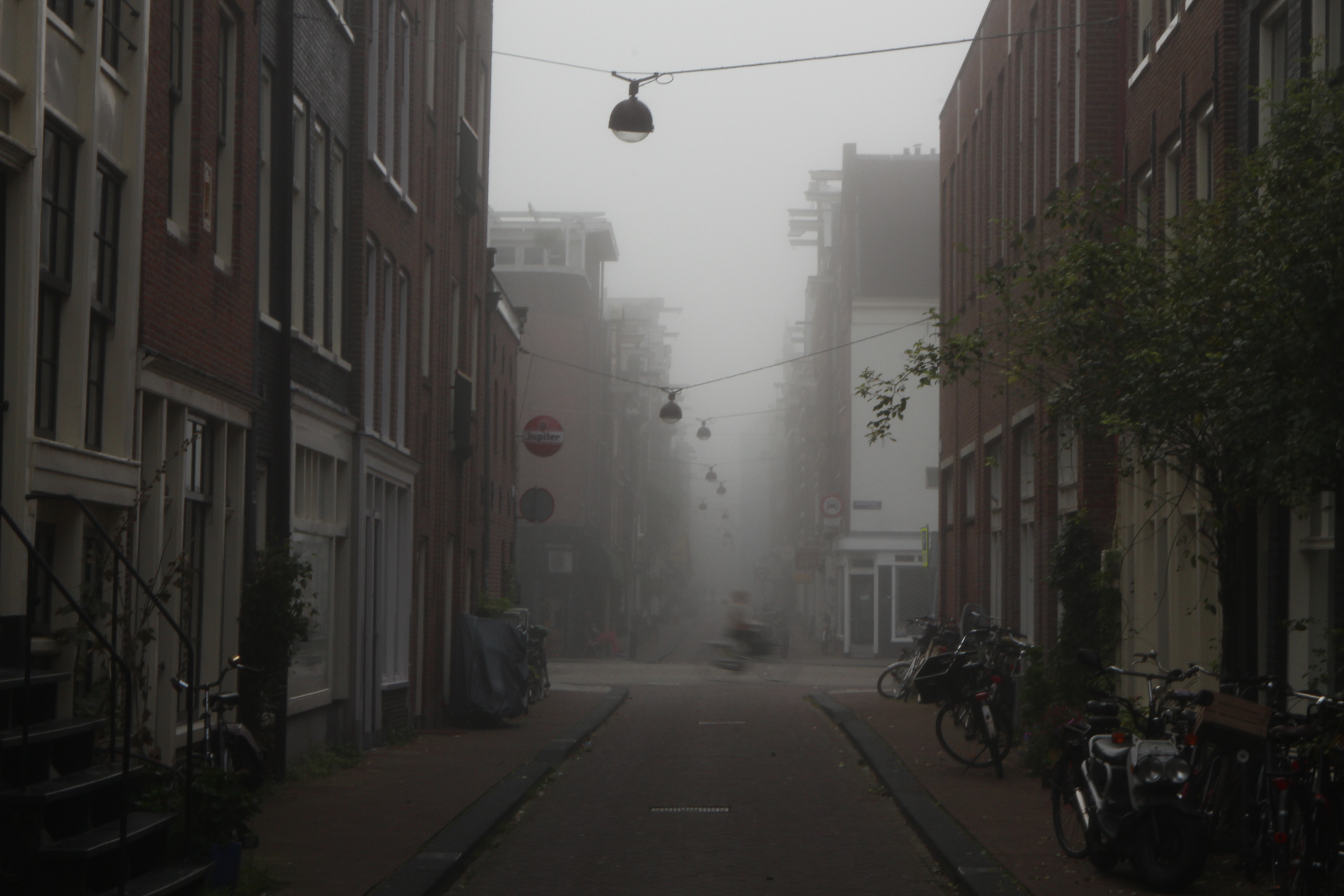 What had seemed liked a slight haze from our windows was, in fact, a fog so thick we could barely see beyond the next street corner.

The views were stunningly beautiful, but also a bit eery. This was only highlighted by the fact that, except for the incidental cyclist suddenly emerging from the fog and disappearing as quickly as he had appeared, we seemed to be the only ones around. 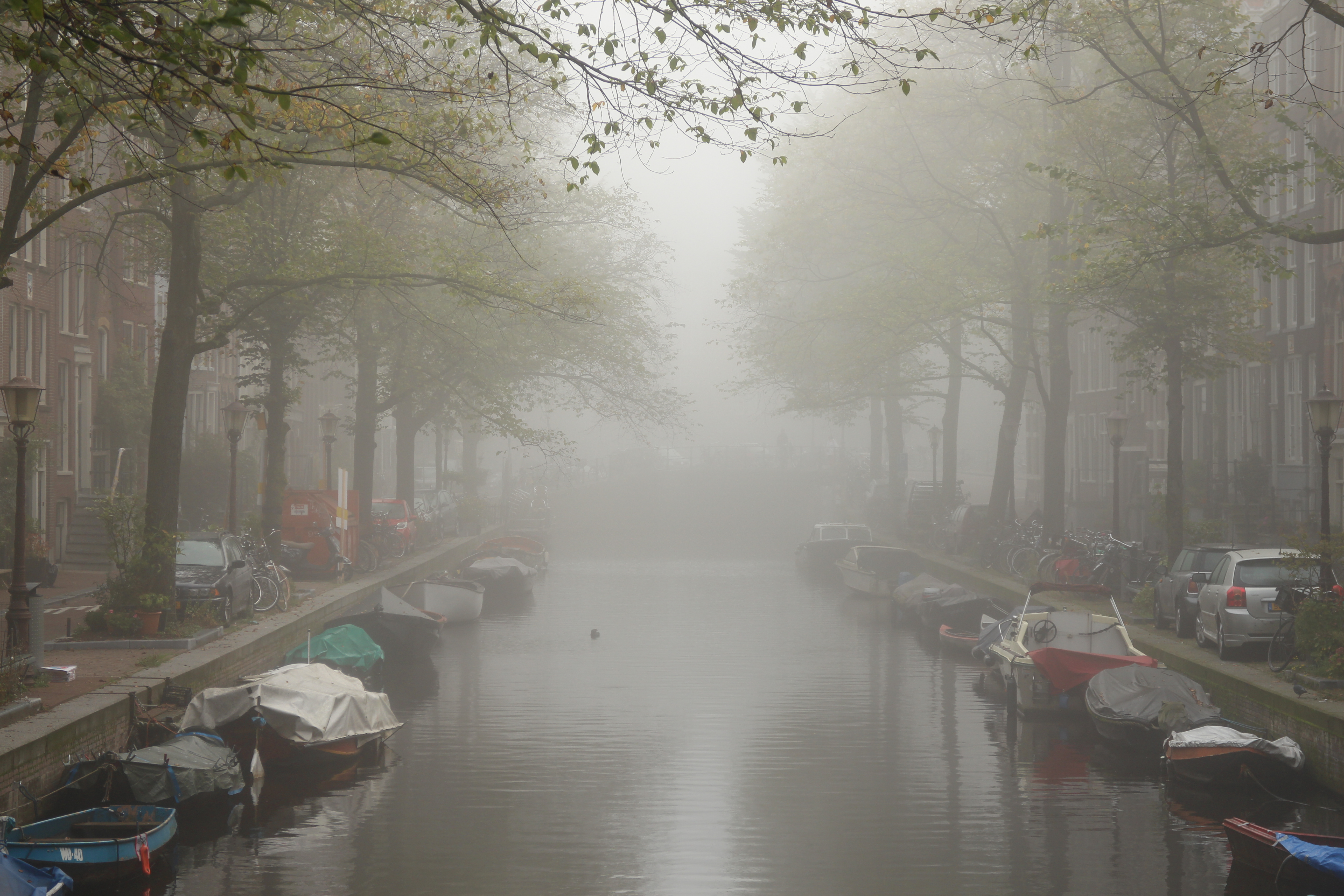 Even the canalsides, usually filled with people, were quiet and empty.

Had it not been for the cars left on the kerb, I would have believed I was walking in a medieval fairytale instead of a 21st century city. 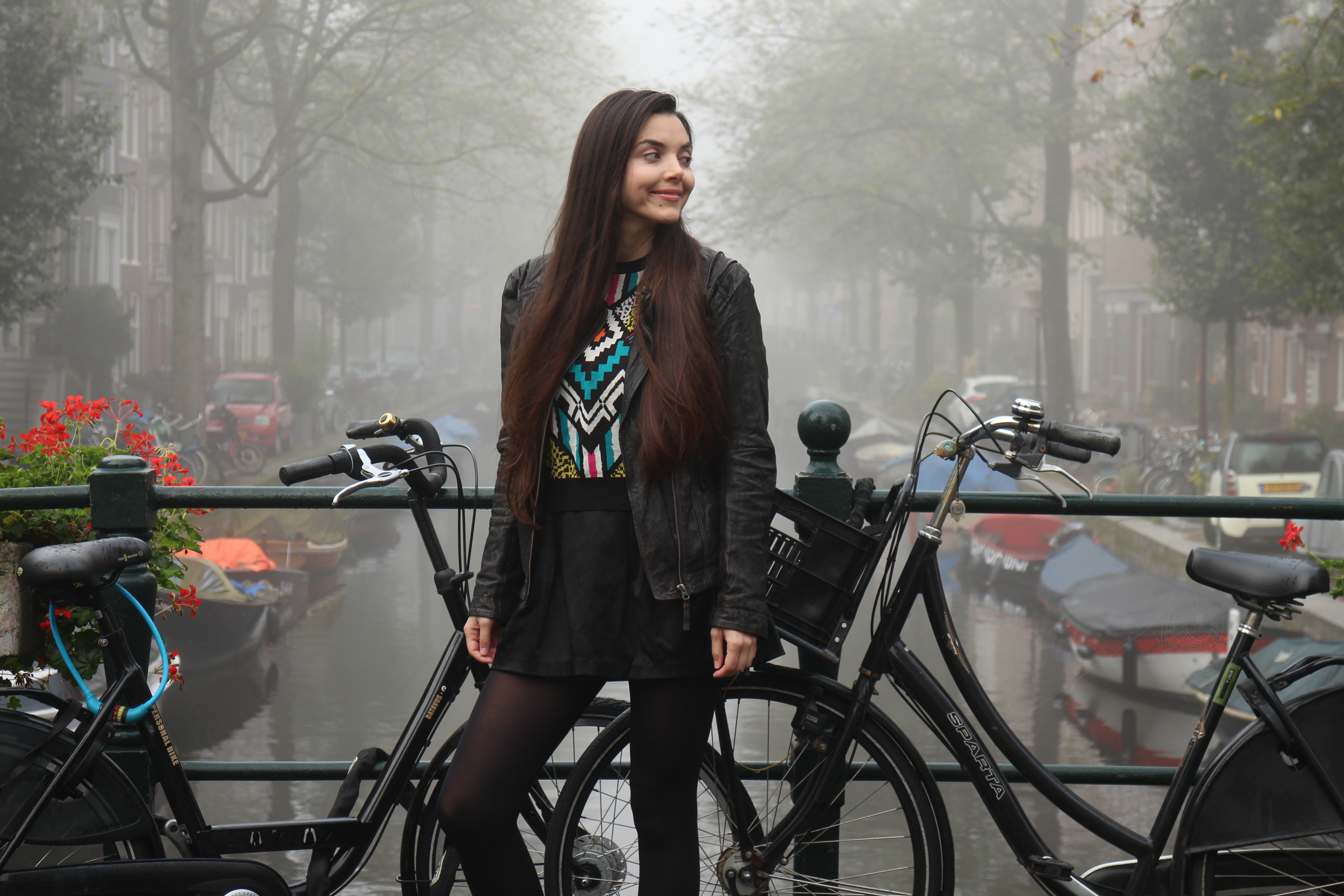 Until we came to the Westerkerk, that is. Beyond it, as every morning, there was a long line of tourists queueing to visit the Anne Frank house.

We continued our walk around the Jordaan, noting how different the familiar corners looked with the fog. Amsterdam is always spectacular, but this morning it was even more so: The mist made everything softer, calmer, more magical. 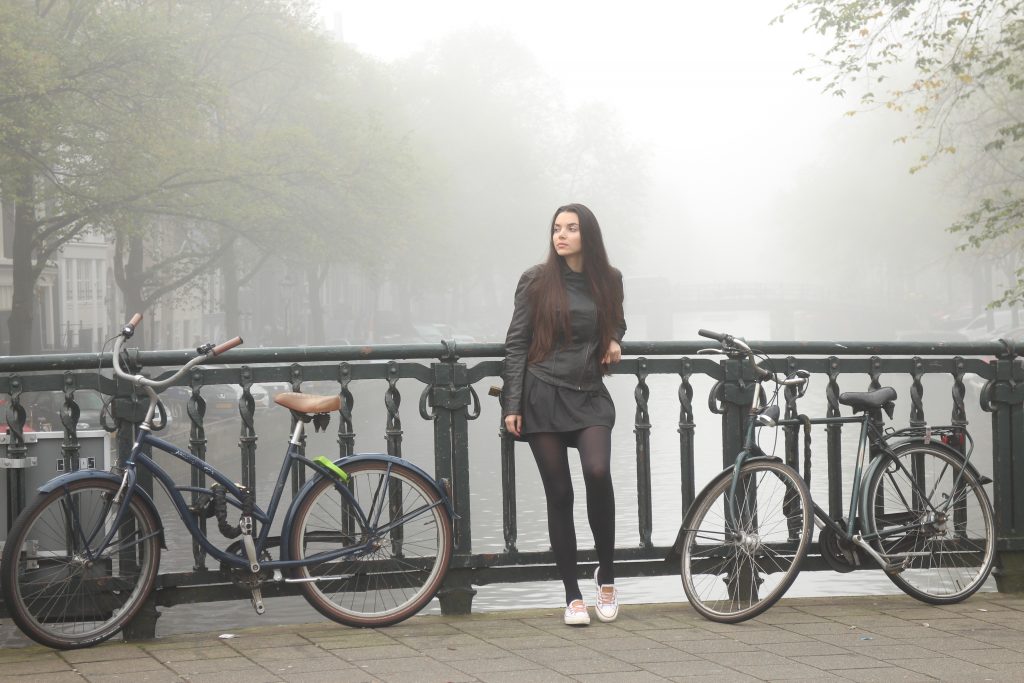 With the first rays of sunshine breaking their way through the clouds, the fog started to clear away. In fifteen minutes, it was all but gone. The tourists starting to pour onto the streets of Amsterdam seemed to have no idea about the spectacle they had just missed.

Walking home, still awestruck by the beauty that we had witnessed, it seemed almost scary to think that we, too, could have easily missed it. 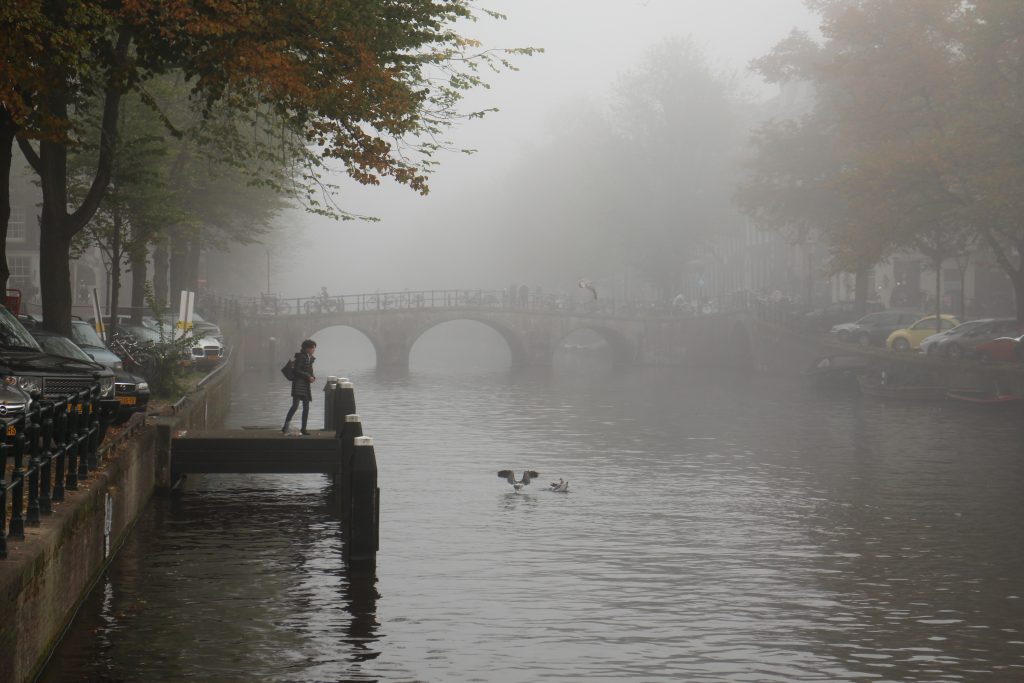 If you were in Amsterdam today, did you witness the fog? Or have you previously visited Amsterdam – or another city – in the mist? 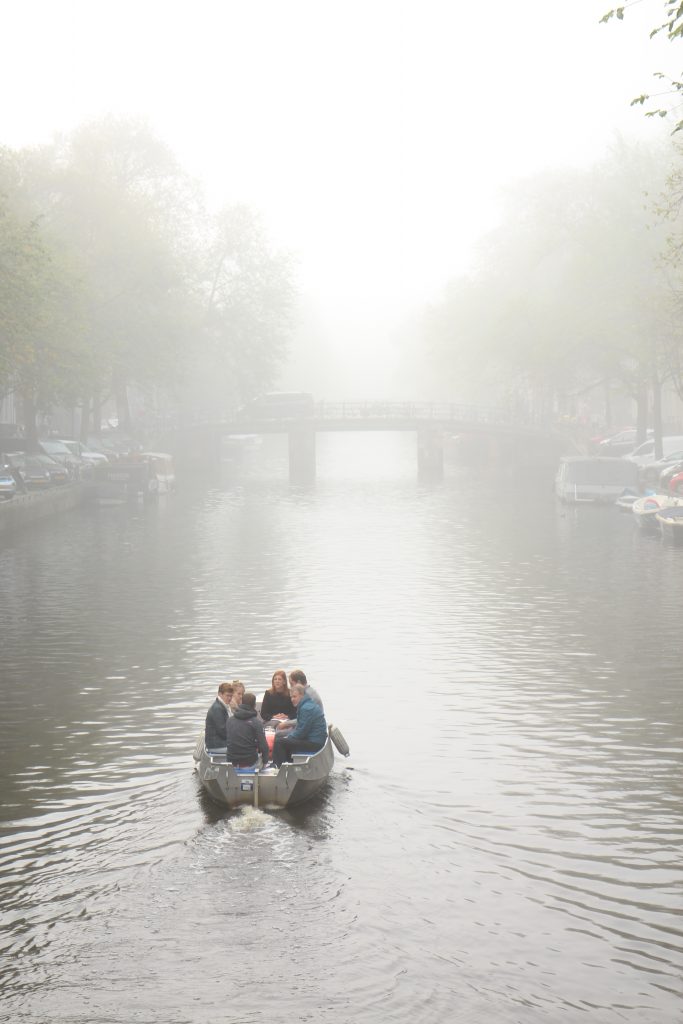 1 thought on “Magical reality: Amsterdam in the mist”