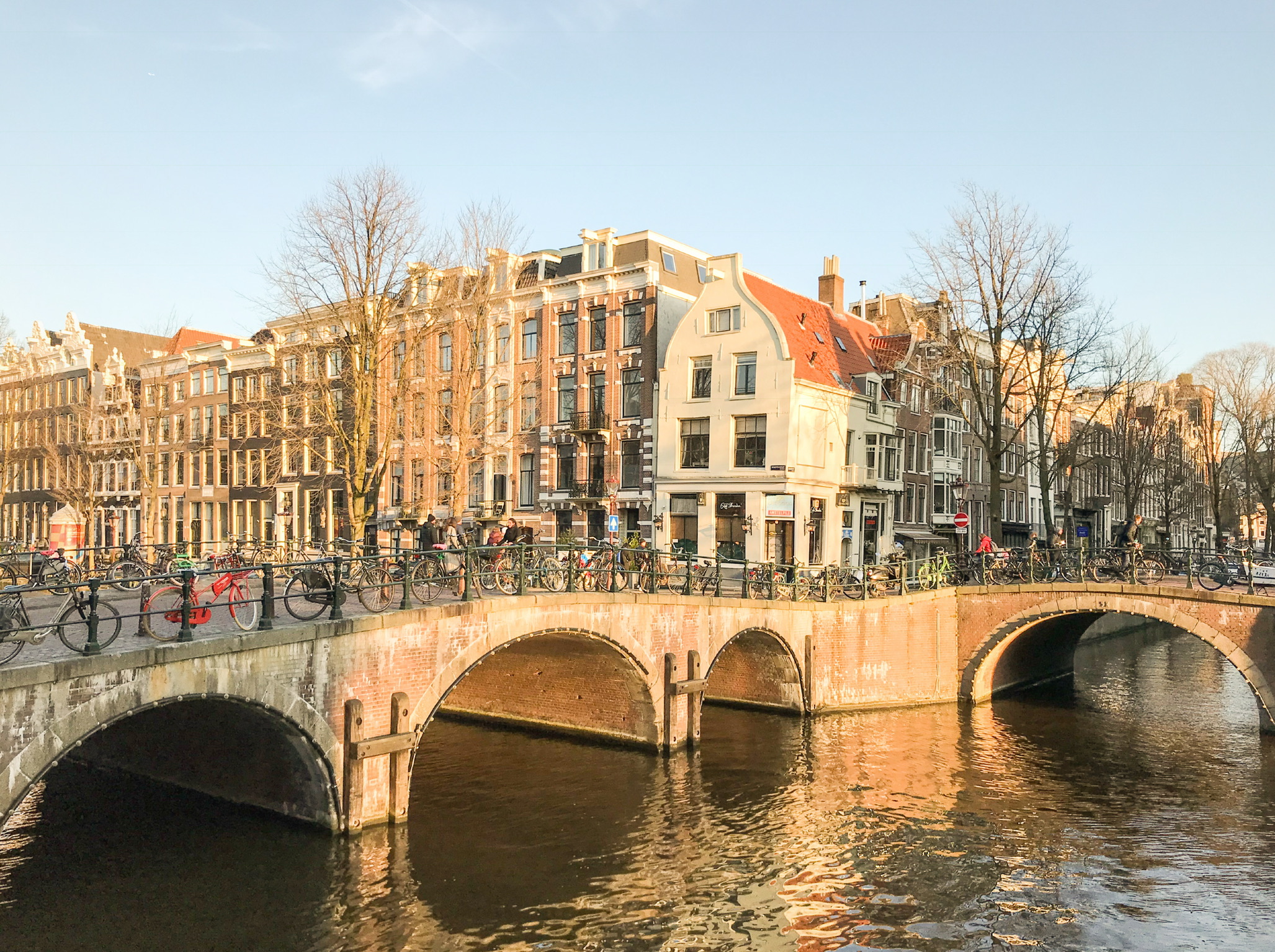 I’m sitting on a park bench. It’s 4pm and sun has just set behind the hills of San Francisco, yet it’s still warm enough for me to chill outside wearing nothing but a short summer dress that I got this afternoon for 3 dollars (we didn’t pack summer clothes as we definitely did not expect it to be this warm..).

We’ve had gorgeous weather since we arrived in California two weeks ago, which means that my January was considerably hotter than usual. It was lovely in other ways too. I got to start the year with my loved ones, enjoying the legendary firework display from the Embankment. We then spent a lovely week exploring London (and working from home) until it was time to return to school/work/university. For me, this also meant taking up teaching again. This year, my schedule is better than it was last year and I’m sharing the workload with another PhD student, so teaching has been even more fun.

Less pleasant was the annoying and annoyingly persistent cold that we had on and off for several weeks. It forced me to cancel some plans and postpone one of my self-imposed PhD deadlines by a couple of weeks, so I’ve got some catching up to do in February.

In other news, I started learning French again as part of my New Year’s resolutions. I managed to keep my daily Duolingo habit up for almost a month, but then the cold and the travels got in the way… no excuses, it’s time to get back to it dès que possible!

Travel: Where I went this January 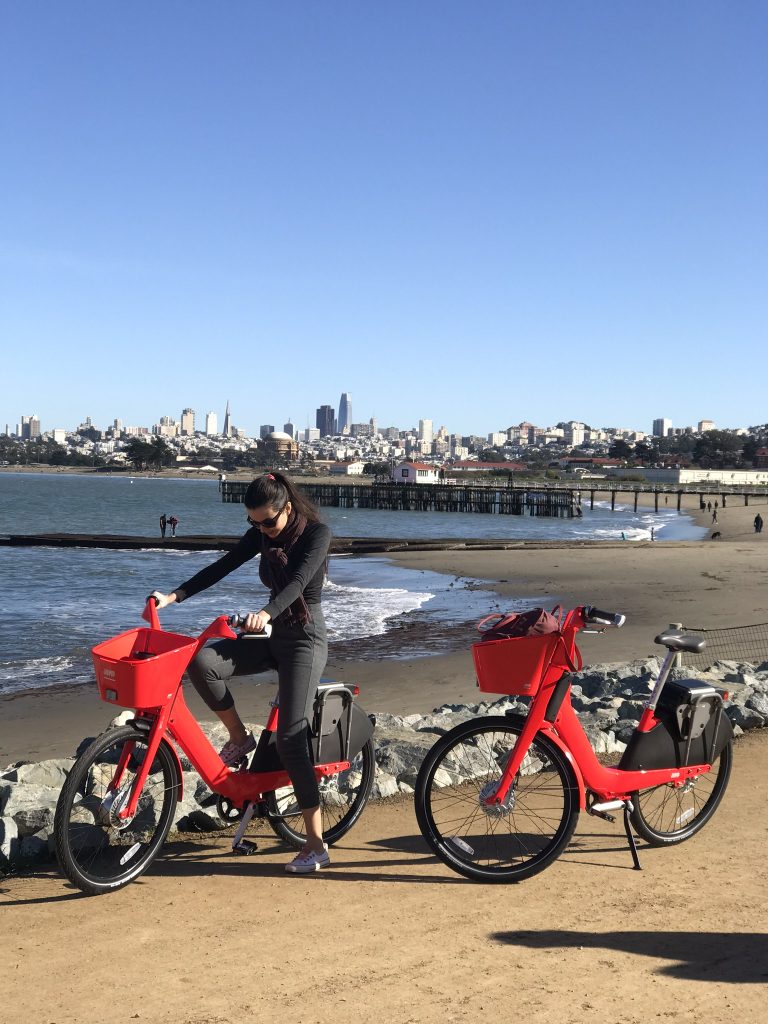 I came here! This is my third time in San Francisco, and it’s been great so far, in no small part thanks to the incredible weather. I was expecting it to be a bit warmer than it is in London, but I wasn’t expecting a proper, record-breaking summer (I grew up in Finland, so yes, +23 degrees Celsius is proper summer). The weather has been so nice, in fact, that I’ve spent most of the time outside, reading on park benches, going for long walks, and cycling around on e-bikes.

We also managed to organise a day trip in the Netherlands, which made me quite happy as domestic travel in all of my countries of residence is something I’m hoping to do more of this year (read more about our 2017 travels here). This time we headed to the Hague to vote in the Finnish presidential elections. After fulfilling our civic duties, we spent a couple of hours walking around the town – and were very pleasantly surprised! The Hague is bigger and more urban than we thought, with lots of interesting architecture and a great selection of shops, restaurants and museums. We’re already planning a trip back!

O-oh. It makes me feel ashamed, but I only read one new book this month, and it was so bad I don’t even want to mention it. Why did I even bother finishing it? Because I had a cold and was too tired to read any quality books, and because it was so bad it actually became funny.

I also re-read some books for my PhD and several interesting long articles, but I definitely need to do better literature-wise in February. 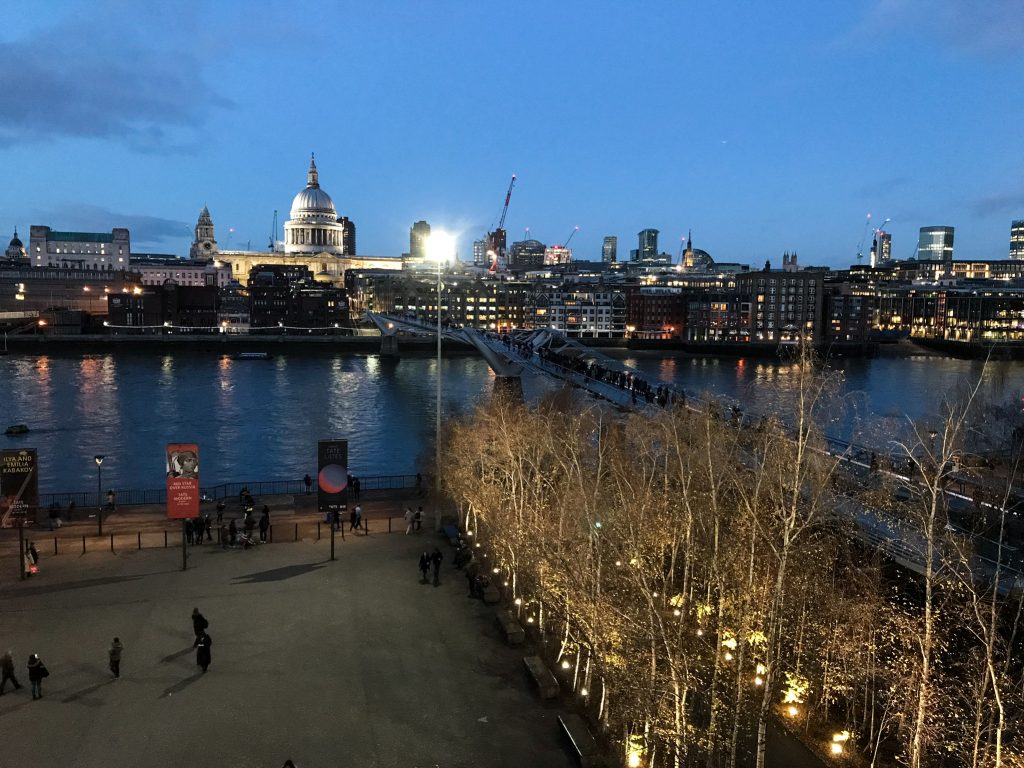 I didn’t read much, but at least I did go to museums a lot. In fact, we started the New Year with a visit to Tate Modern and the much-talked-about swinging exhibition Superflex: One Two Three Swing!. It was fun, and Tate is always a good idea – if you don’t come here for the permanent collection or the exhibitions (though you should!) at least come for the view from the balconies (see above).

We have a family tradition of always visiting the British Museum whenever my brother is in town, and this holiday was no exception. The museum is so big you keep discovering new things on every visit: this time, it was the prints and drawings in rooms 90 and 90a. Paying homage to our Greek roots, we also revisited the Ancient Greek treasures on the ground floor. I did a poll on my Instagram stories asking if the Greek collections should be returned to Greece – 85 % of respondents thought they should, with only 15 % disagreeing. You can read more about the controversial question in this NatGeo article.

If you can always discover new things in the British Museum, the same definitely goes for London as a whole. I had planned on visiting the Geffrye Museum for a long time, but only got around to it a couple of days before it closed for a two-year redevelopment project. Better late than never, though: the museum, which explores how British homes and home life have changed throughout the centuries, does a great job of bringing history to life. 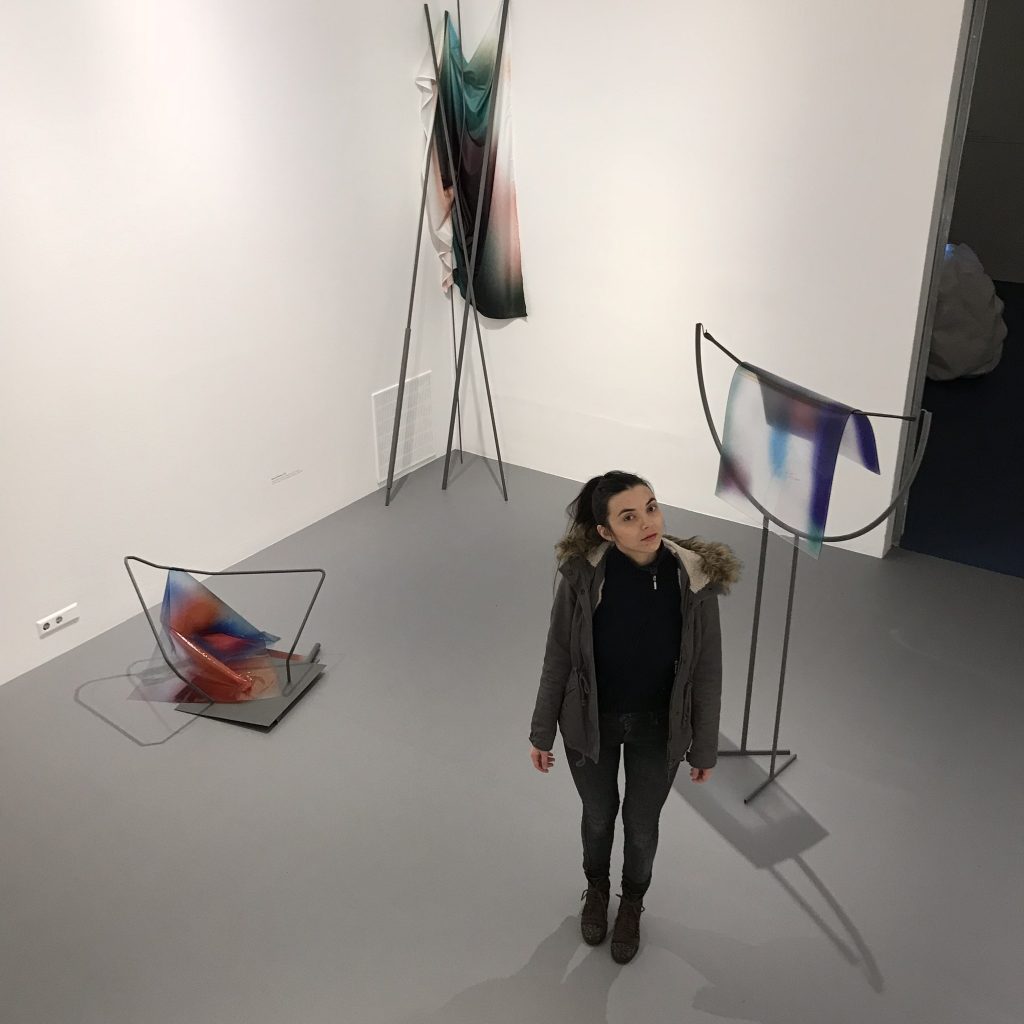 In Amsterdam, we visited the photography museum FOAM, but were more impressed with the building than the exhibitions. I also managed to sneak in a visit to De Nieuwe Kerk to check out I Have a Dream, the important exhibition focusing on the lives and accomplishments of Mahatma Gandhi, Martin Luther King and Nelson Mandela.

Five museum visits in one month might sound like a lot, but it wasn’t enough: I really regret having missed the Russian artist Ilya and Emilia Kabakovs’ major exhibition at Tate Modern. It’s sometimes hard to keep up with the cultural calendar of your city when you travel a lot, but I clearly need to pay more attention and plan ahead.

No – but many Jane the Virgin marathons on the couch…

We also started watching McMafia, the amazing new BBC show taking Britain by storm. It follows the story of Godmans, a Russian oligarch family living in London, focusing on their British-raised son Alex who finds himself tangled up in the world of international crime.

As a Russian, I should – and do – have mixed feelings about the series. On one hand, I’m afraid it might reinforce negative stereotypes about Russia and Russians. On the other, I feel happy that we’re being represented at all – you don’t often see Russian – or other East European – people in Western movies or TV series unless they’re villains or maybe sex workers (Jane the Virgin being a case in point). While McMafia has both, it at least gives its Russian protagonists a backstory and doesn’t completely reduce them to stereotypes. I’m only at episode 4 though, so my view might change as the series progresses!

Any serving the Impossible burger. It’s just so good, and completely cruelty-(and, consequently, guilt-)free. Don’t know what I’m talking about? Don’t worry, I only discovered it on my last trip to SF back in August. Basically, the Impossible burgers are 100% plant-based burgers that taste and feel exactly like real meat. They’re produced by Impossible Foods, an incredible company dedicated to creating vegetarian, cruelty-free “meat” and “dairy” products. Read more about them here.

Here in San Francisco, the best Impossible burger that I’ve tried so far is served by Gott’s Roadside at the Ferry Building. They also have a huge outdoor terrace, which has come in very handy these sunny days! 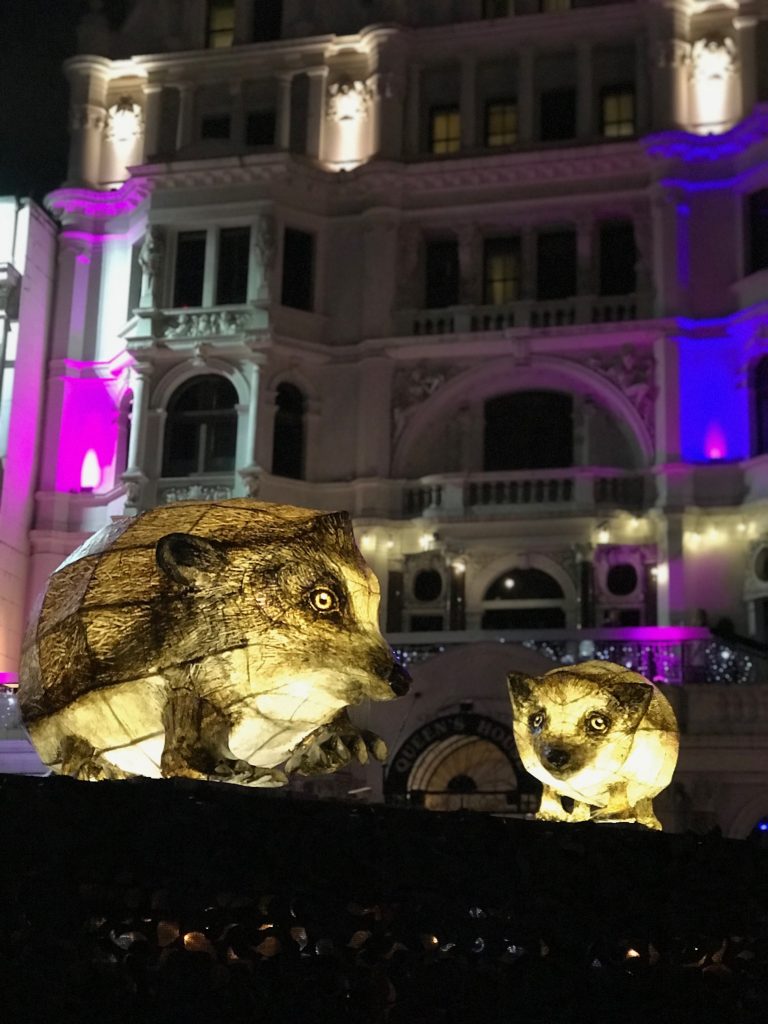 If in December I admired the light festival in Amsterdam, this month I attended one in London. Lumiere London had many interesting installations and artworks, but my absolute favourites were these cute little light animals found in an enchanted light garden in Leicester Square.

Lumiere wasn’t the only slightly-touristy-but-still-very-exciting thing I did in London this January. After more than six years of living here, I tried the city bikes (known as the Santander bikes) for the first time and spent a couple of evenings pedalling around the surprisingly empty streets of City. Highly recommended!

In Amsterdam, we finally got around to using the Sauna Deco gift cards we had received from (an incredibly thoughtful and generous!) Secret Santa the previous Christmas. Sauna Deco is one of the most luxurious saunas in town, combining gorgeous architecture with great amenities (there’s even an ice-cold plunging pool, which I’m proud to say I tried!). It was the perfect gift for us, as we really enjoy both sauna AND art deco. Thank you!

Rounding up the month beautifully, we woke up extra early on the last day of January to admire the super blue blood moon over the port of San Francisco. The last time a moon like this was seen in North America was back in 1866 (imagine that!),  so we were very excited and grateful to have witnessed it for ourselves. Nature is amazing, and so was this January!

This month, I looked back on my 2017 travels, examined how to feel more vibrant in the new year and explored San Francisco on an electric bike. Read them all! 🙂

Thank you, January! And thank you for reading – please leave a comment below 🙂 What was your January like? Have you watched McMafia? If you have, I’d love to hear what you think of it!