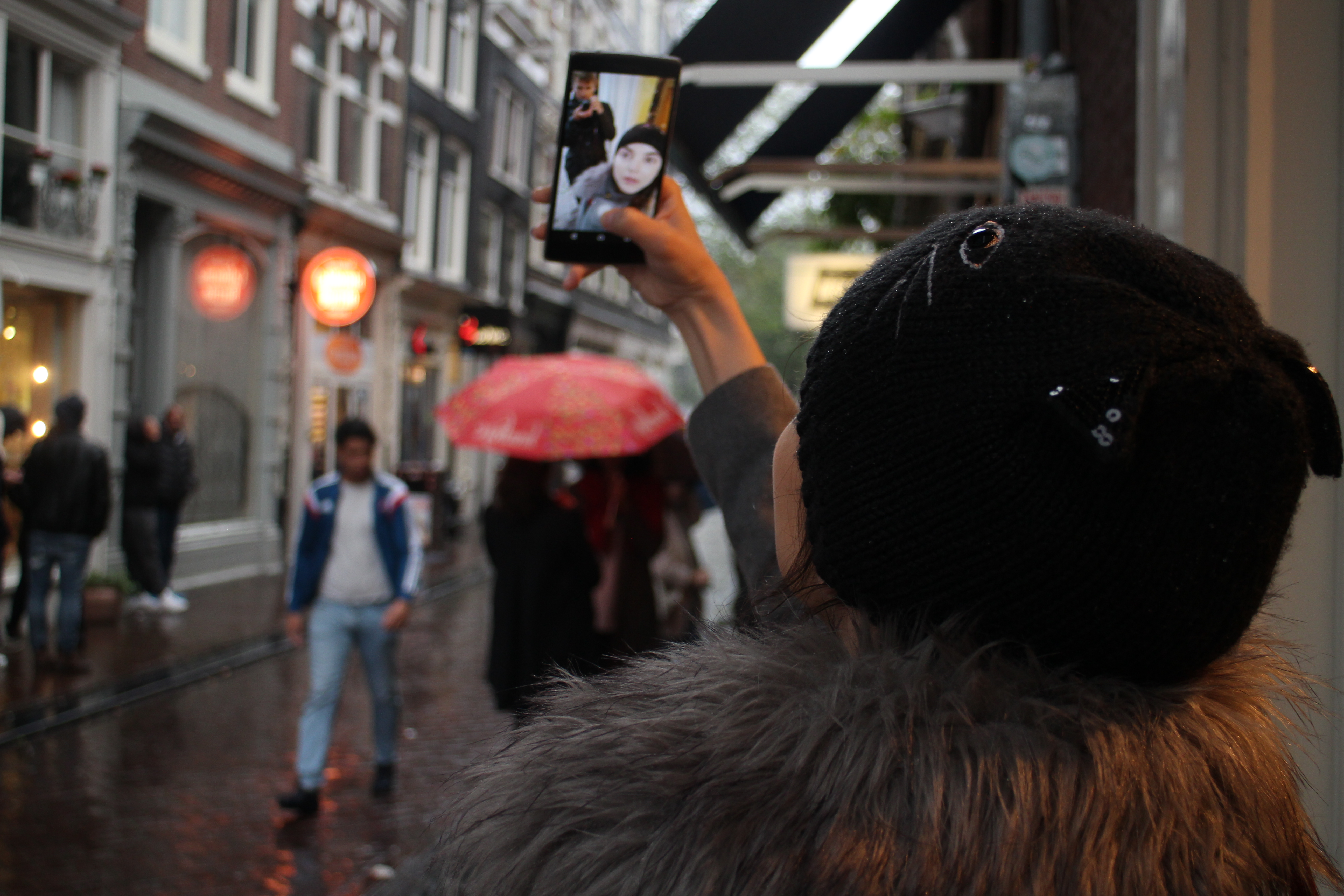 Better late than never, right? I was planning to publish the collection of October highlights earlier in the month, but then Madrid happened and, well, here we are. However, today is actually a good day for finishing this post – it’s chilly and rainy but quite cosy, just the sort of weather one would usually associate with autumn.

October definitely marked a start of the colder season (as as soon as we returned from Greece, that is). Spending most of the month between London and Amsterdam meant I could compare the progress of fall in the two cities. In general, London was warmer and more colourful, while the Dutch capital excelled in atmospheric rainy nights. We stocked up on candles and spent many evenings under a duvet on the sofa, with a good book and a hot drink in hand. 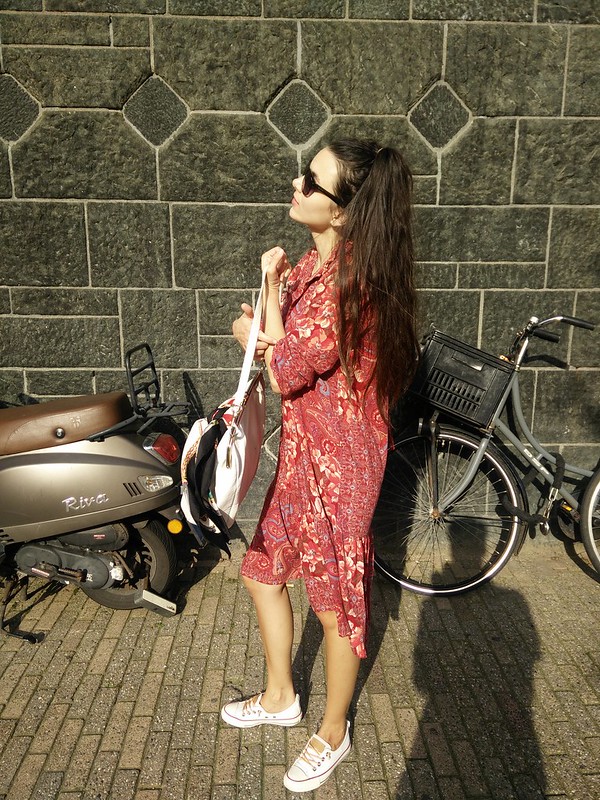 Having spent most of September traveling, I had to work extra hard in October. It’s a good thing that I have a very interesting job; for instance, this month I got to visit the Houses of Parliament for a seminar on eliminating modern slavery – a topic that I find particularly interesting and that undirectly relates to my PhD as it disproportionally affects East Europeans.

Outside of work, some of my favourite October memories are from London’s many parks, admiring the autumn colours and jumping into piles of golden leaves. Then something funny happened. Suddenly the days got warmer again, and for one glorious week in mid-October we got to enjoy summer-like temperatures. A bit of sunshine was just what I needed – thank you, heatwave!

Travel: Where I went this October 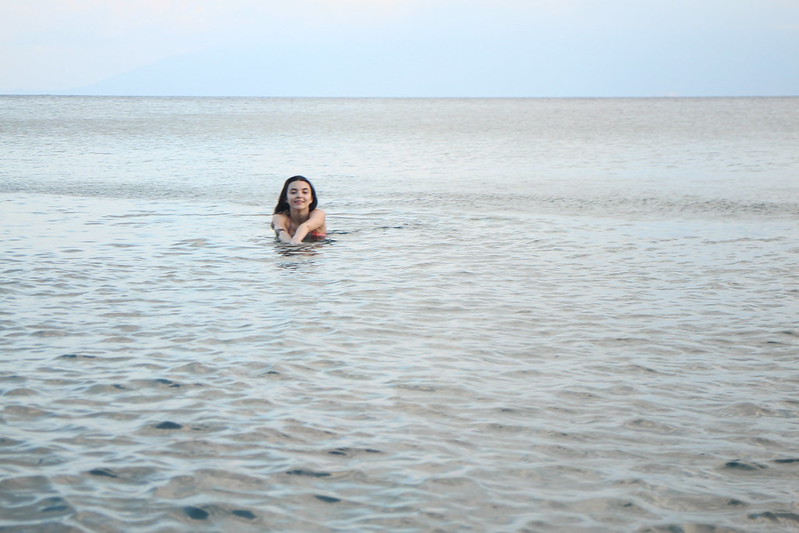 Speaking of sunshine, I got plenty of it in Greece, where we started the month. Our anniversary trip was as relaxing and wonderful as we had hoped that it would be. We spent days at our hotel’s breathtakingly beautiful infinity pool and swam for hours at the pebbly beach. Other than that, we ventured to Kos Town, walked to the hot springs at Therme Beach and climbed a mountain to admire the sun setting into the blue of the Aegean Sea. It was pretty much perfect! You can read more about Kos and the trip here. 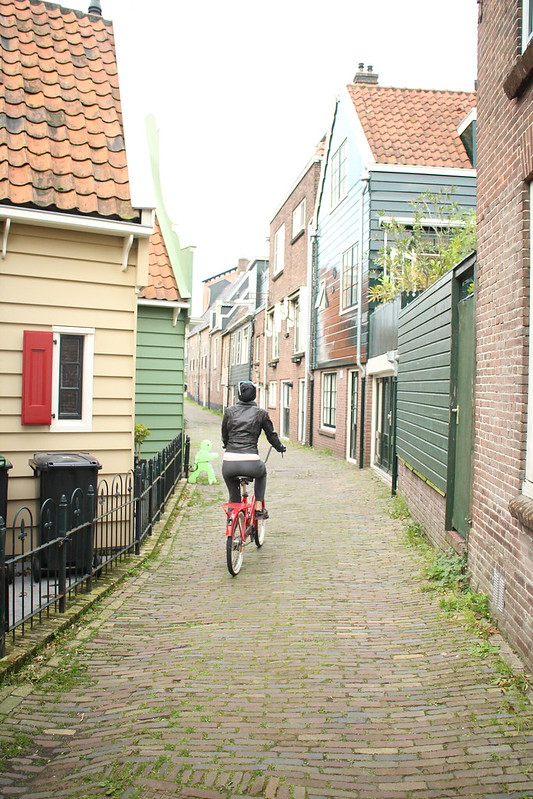 Back in Amsterdam, we decided to make the most of our cycles before the long winter and headed out to the famous windmill region to the north of the city. The strong, cold winds meant that we never got that far, deciding instead to stop for a hot chocolate at Zaandam. We had no expectations, but it turned out to be a colourful and quirky little town, perhaps best-known for its connections to Russian tsar Peter the Great who stayed here on his shipbuilding study trip to the Netherlands. The house where he stayed has been turned into a museum, but it was closed when we visited, so we spent the evening cycling along the town’s cute little lanes instead.

One thing I did do a lot of this month was reading. Liz Nugent’s psychological triller Unraveling Oliver was probably the best book I read in October. It’s beautifully written, atmospheric and sad rather than scary – no wonder it was named the Crime Fiction Book of the Year at the 2014 Irish Book Awards.

I finally finished Emma Clina’s best-seller The Girls. It took me a couple of attempts to start the book, but I’m glad I persisted – as often happens, the further along I got, the more I enjoyed it. And yet I think that a lot of the hype around The Girls is based on the terrible events that inspired it rather then the writing itself, so that it almost feels disrespectful to enjoy the book. I’d like to hear what you thought about it if you’ve read it!

I also read Ruth Ware’s thriller In a Dark Dark Wood  and Ian McEwan’s Nutshell, which I quite enjoyed despite the rather unexpected narrator (an unborn baby), as well as two books in Finnish: Annamari Marttinen’s prosaic account of a long break-up, Ero, and Mia Vänskä’s horror novel Valkoinen aura.

No museum visits this month. I feel slightly ashamed, particularly when thinking about how busy I was in September, but there you have it.

Uncharacteristically, I didn’t once go to theatre or movies either. However, we did find a wonderful new Netflix show, Mindhunter. It focuses on the early days of criminal psychology and is both gripping and a bit scary – perfect for the chilly autumn evenings! 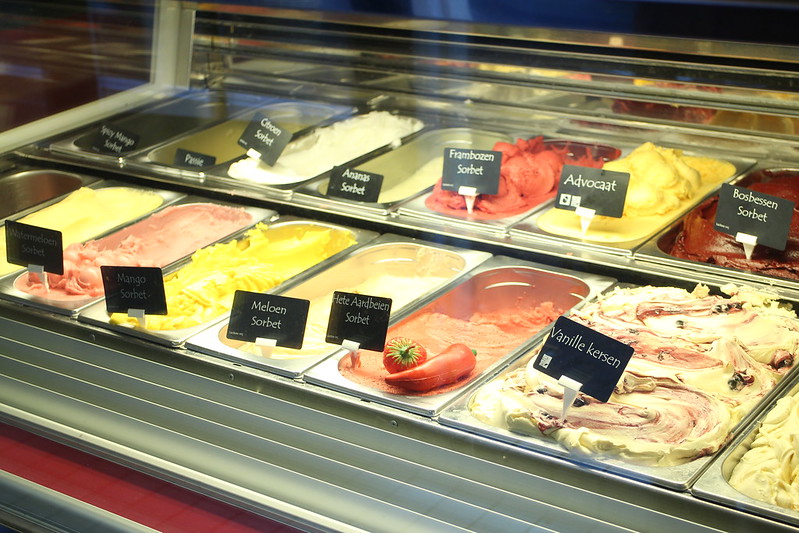 Not sure if this counts as a restaurant, but I was really impressed by Ole & Steen, a London-based Danish bakery chain known for its delicious cinnamon slices. No one does sweet treats as well as the Scandinavians!

And no one definitely does ice cream as well as the Italians, which is why I eat relatively little gelato outside of the Bel Paese (when I’m there, on the other hand, I can have several portions a day). This is why I was so surprised to find a perfect Italian ice cream shop in Amsterdam, just a couple of stops from our house! Not only does Monte Pelmo serve proper Italian ice cream (with a Dutch twist – stroopwafel is one of my favourite flavours), it also has proper Italian prices, which means that you can afford to have it every day. Yummy! 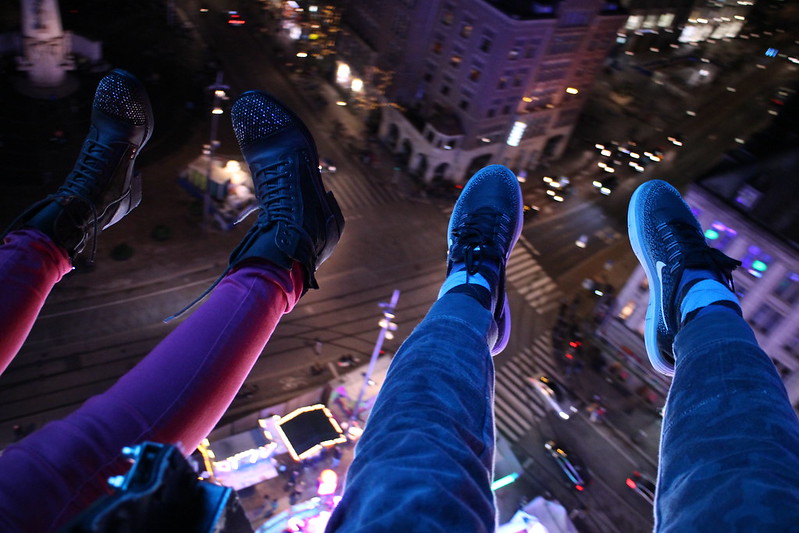 For Halloween, a festive fairground with food stalls, bright lights, and amusement rides opened on Dam Square. We decided to try a swing ride with a twist, the twist being that the ride lifted us to 60 metres, high above the rooftops of Amsterdam. It was exhilarating, particularly for someone with a slight fear of heights. My boyfriend took some photos of me when we were strapped onto our places waiting for the take off, and they are simply hilarious: I look really anxious and I actually remember telling him that I didn’t want to do it after all. That all changed once we were up in the air – I could not stop laughing, it was SO MUCH FUN! It’s good to challenge yourself once in a while.

In London, we celebrated Halloween with a little get-together at my colleague’s place. I couldn’t find my costume, so simply decided to dress in all black, but full points for inventiveness go to another colleague who dressed up as a Sriracha bottle.

My social life is considerably more active in England than it is in Netherlands, so this month I signed up for a couple of (potentially) fun things in Amsterdam in a bid to make myself feel more at home in the city. For instance, I attended a himmeli workshop with other Finnish expats at a local Finnish shop. It wasn’t a great success for me, to be honest, as I struggled to finish my himmeli in the time that we had. Luckily, other meetups were more productive, and I met some really nice people, too. 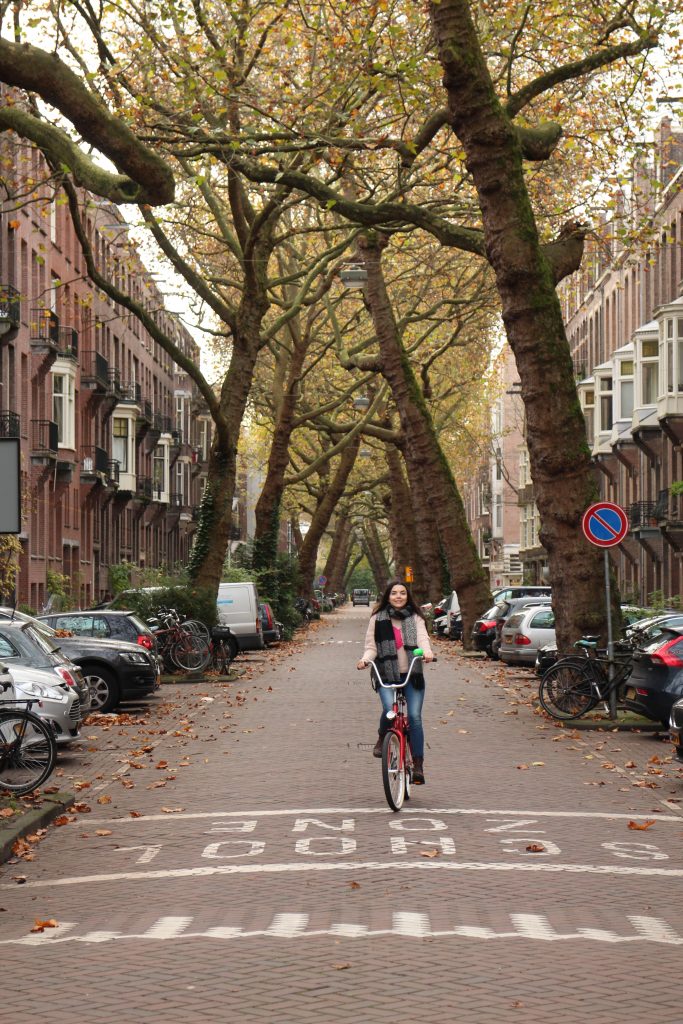 As always, it’s hard to choose just one – but if you haven’t yet, you should definitely read my guide to cycling in Amsterdam.

Thank you, October! And thank you If you’ve read this far – please leave a note of yourself in the comment box below, and don’t forget to follow Studying the World on Instagram, Facebook and Bloglovin!