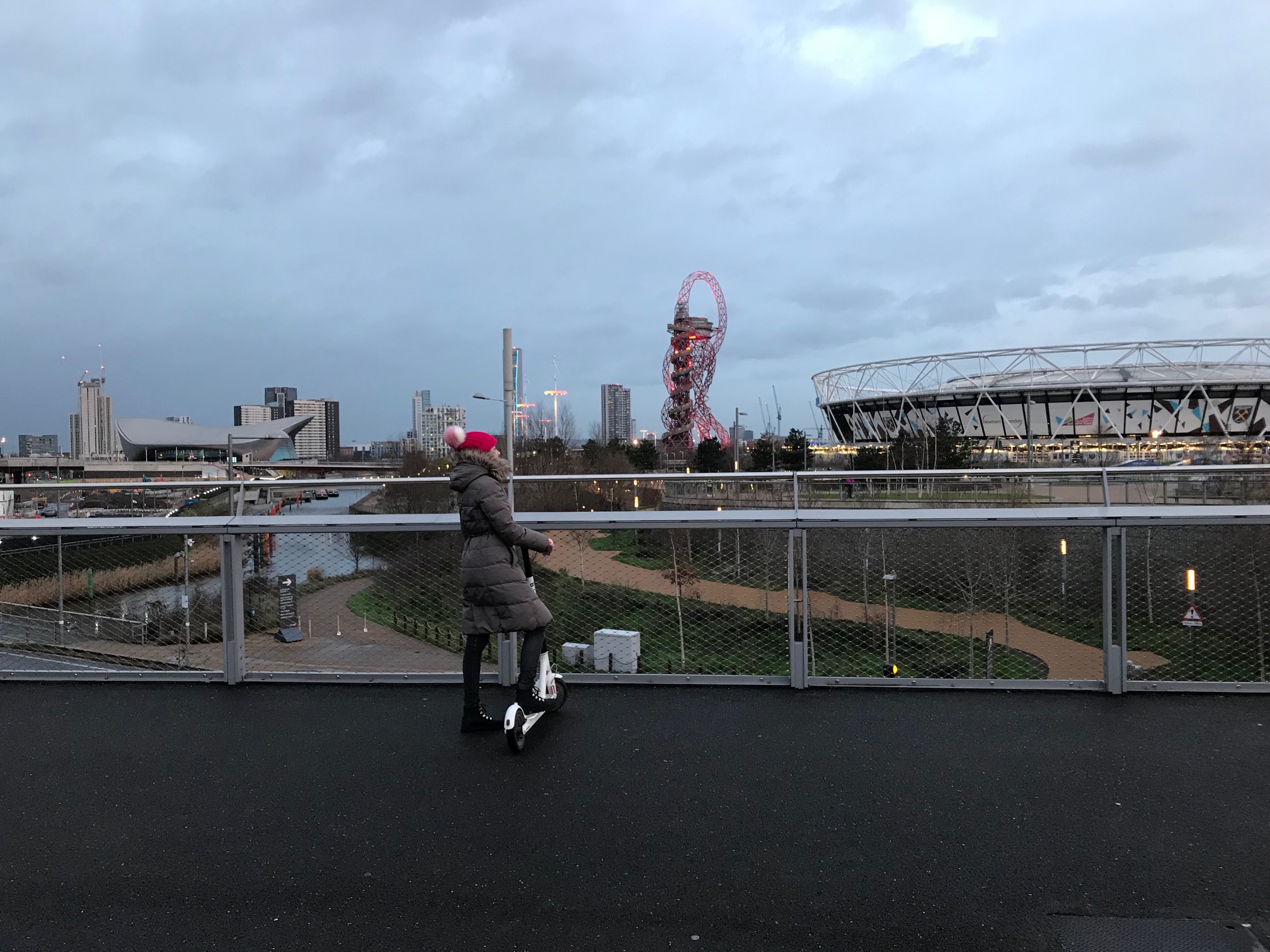 A rainy, windy and cold Sunday in January – is there a better time for spending a whole day outside? Well, maybe there is, and to be completely honest I did need a long hot bath after getting home yesterday… but I don’t regret it one bit, for we ventured out for a good reason: to finally try the Bird Electric Scooters in London.

To try what? you might be asking. Or maybe you’re not – since being founded in 2017, Bird has received its fair share of attention, even reaching a valuation of $1 billion at a record-breaking speed.  The idea behind the startup is simple: it equips cities with a fleet of dockless scooters that work a lot like city bikes. In the long-term, e-scooters can be an eco-friendly alternative to cars (and a fun-friendly alternative to packed rush hour transport). At the moment, however, the only place you can ride Bird scooters in London is the Queen Elizabeth Olympic Park in Stratford. 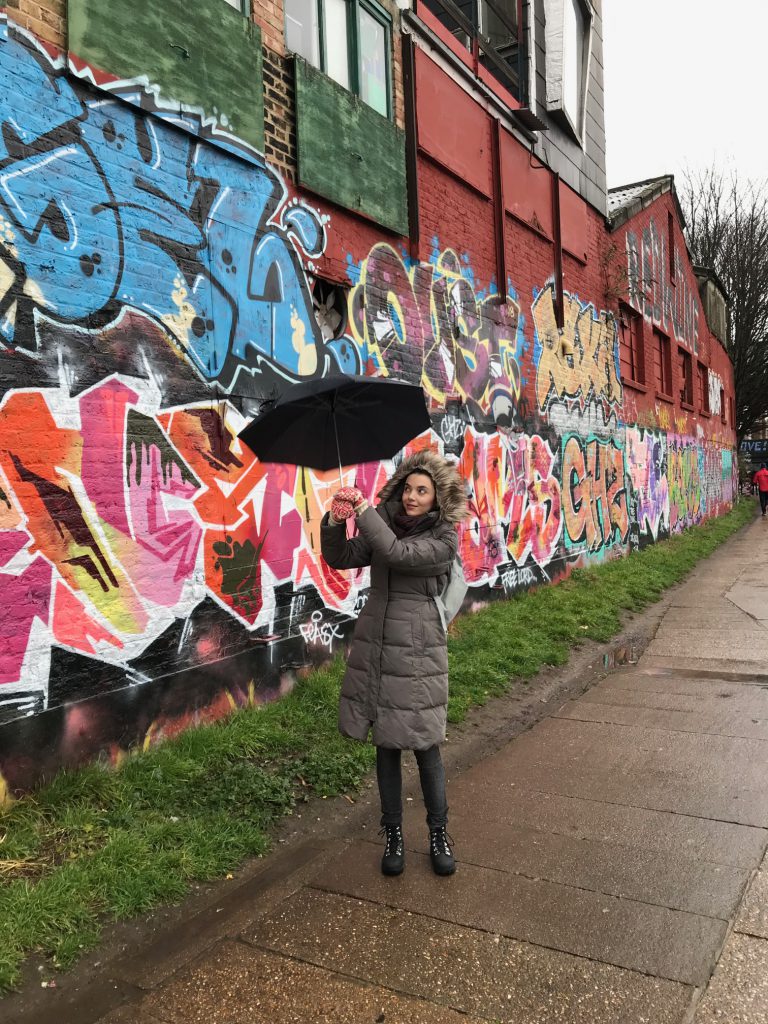 And so we wrapped up warm, grabbed an umbrella and set out for a long trek to Stratford down the Regent’s Canal. (You can also get to the Olympic Park by public transport, but we decided it would be more fun to walk :)). Some two hours and countless street art sightings later, we arrived at Here East, the headquarters of Bird’s London operations.

Any company that describes its mission as making cities more livable by reducing car usage, traffic, and carbon emissions is a winner in my books. What’s even better is that Bird makes all of this seem effortless and fun. All you need to rent a scooter is a smartphone and a payment card. And a scooter, of course – there were plenty standing around in the park, but you can also see their location in the app. 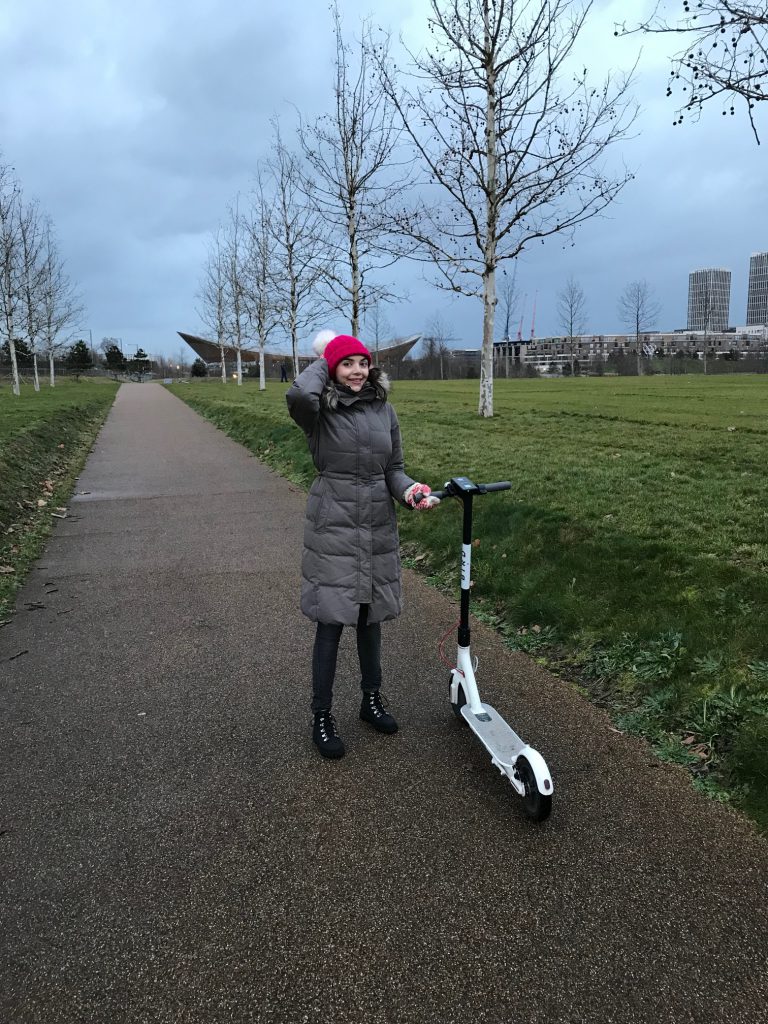 The registration was quick and easy, so I was riding in no time. It took me around five minutes to get a hang of how the scooter works – the last time I’ve ridden one was back in elementary school, and that didn’t have a motor  – and then I was ready to set out and explore the Olympic Park.

We spent a whole hour riding all around the area and could have easily spent another if it hadn’t been quite so cold. As we didn’t have helmets, I took it quite slow, but the feeling of gliding across the park was still exhilarating. My (braver) boyfriend said it almost felt like flying – hence the name? 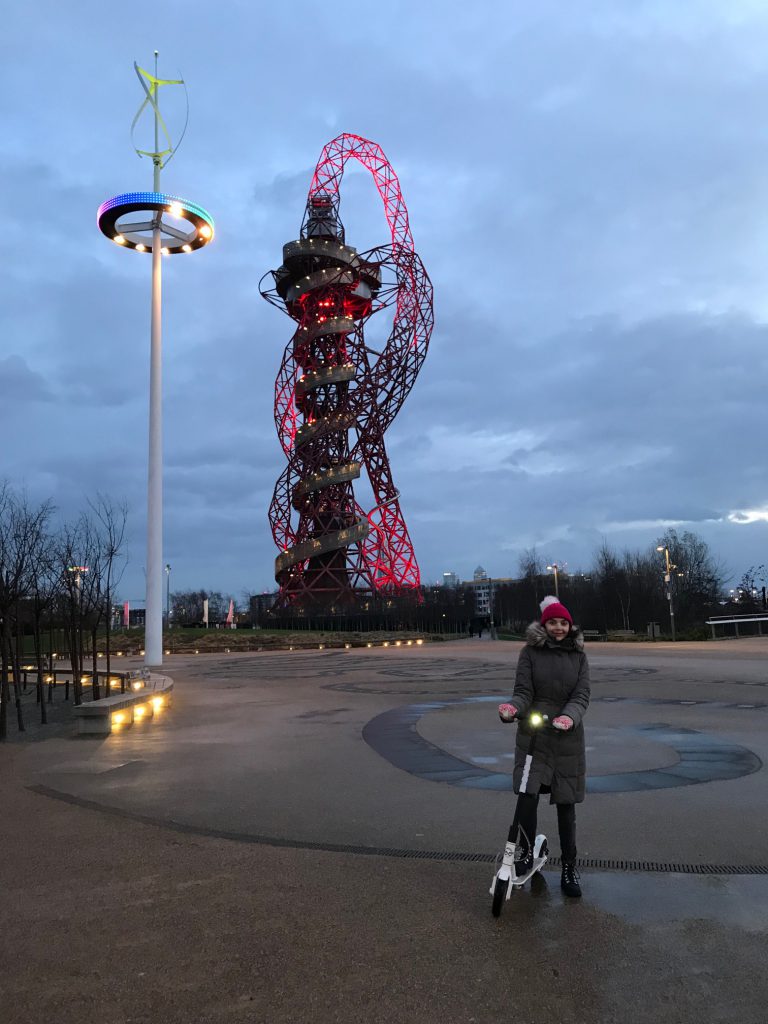 Riding Bird Electric Scooters in London: the pros and the cons

What we loved: The concept, the feeling you get when you ride the scooter, the ease of moving around the vast Olympic park. The whole experience!

Anything to improve? Just two things. Firstly, the price was a bit steep: our bill crept up to 23 pounds for the two scooters. We had so much fun that it was definitely worth it, but it might be too expensive to use on a daily basis. Secondly, as this is a trial run, you can’t ride outside of the park – I would love to have an e-scooter for my commute! 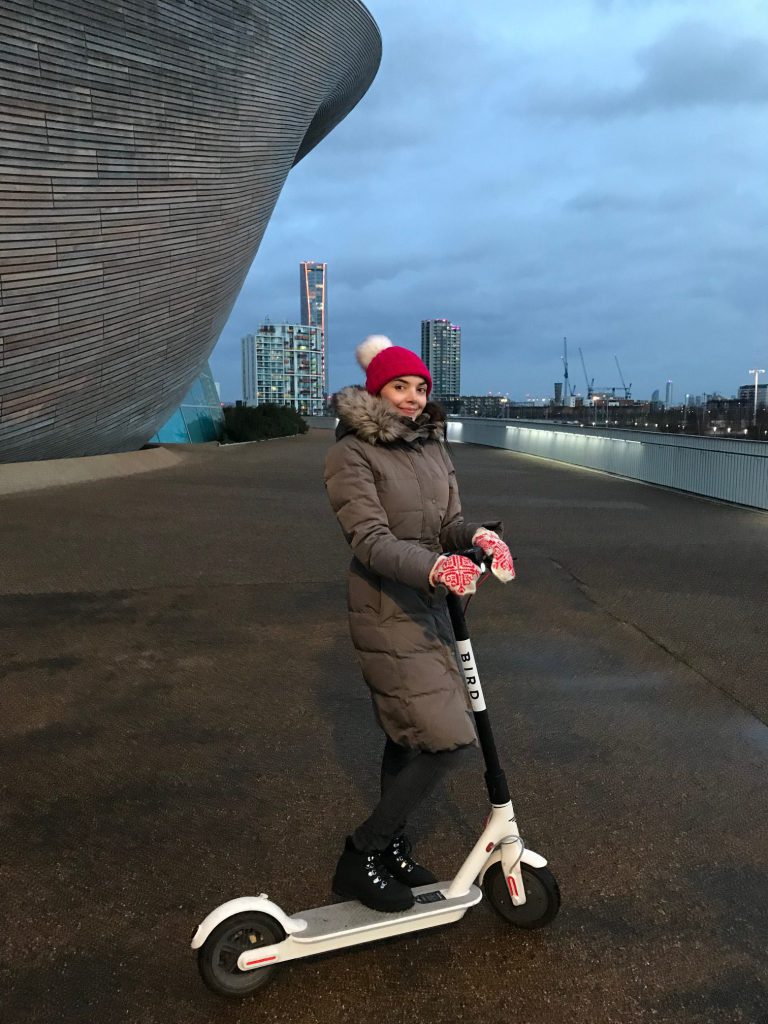 Overall, we absolutely loved riding an e-scooter, so much so that we’re even considering getting one for ourselves. I’m not entirely sure if I would be brave enough to ride it in London traffic, though! What do you think?

Have you had a chance to try Bird electric scooters in London or in other places? Are you a fan of e-scooters?

In Search Of Tulips: Cycling The Dutch Flower Fields

5 thoughts on “The Fast and the Furious: Riding Bird Electric Scooters in London’s Olympic Park”