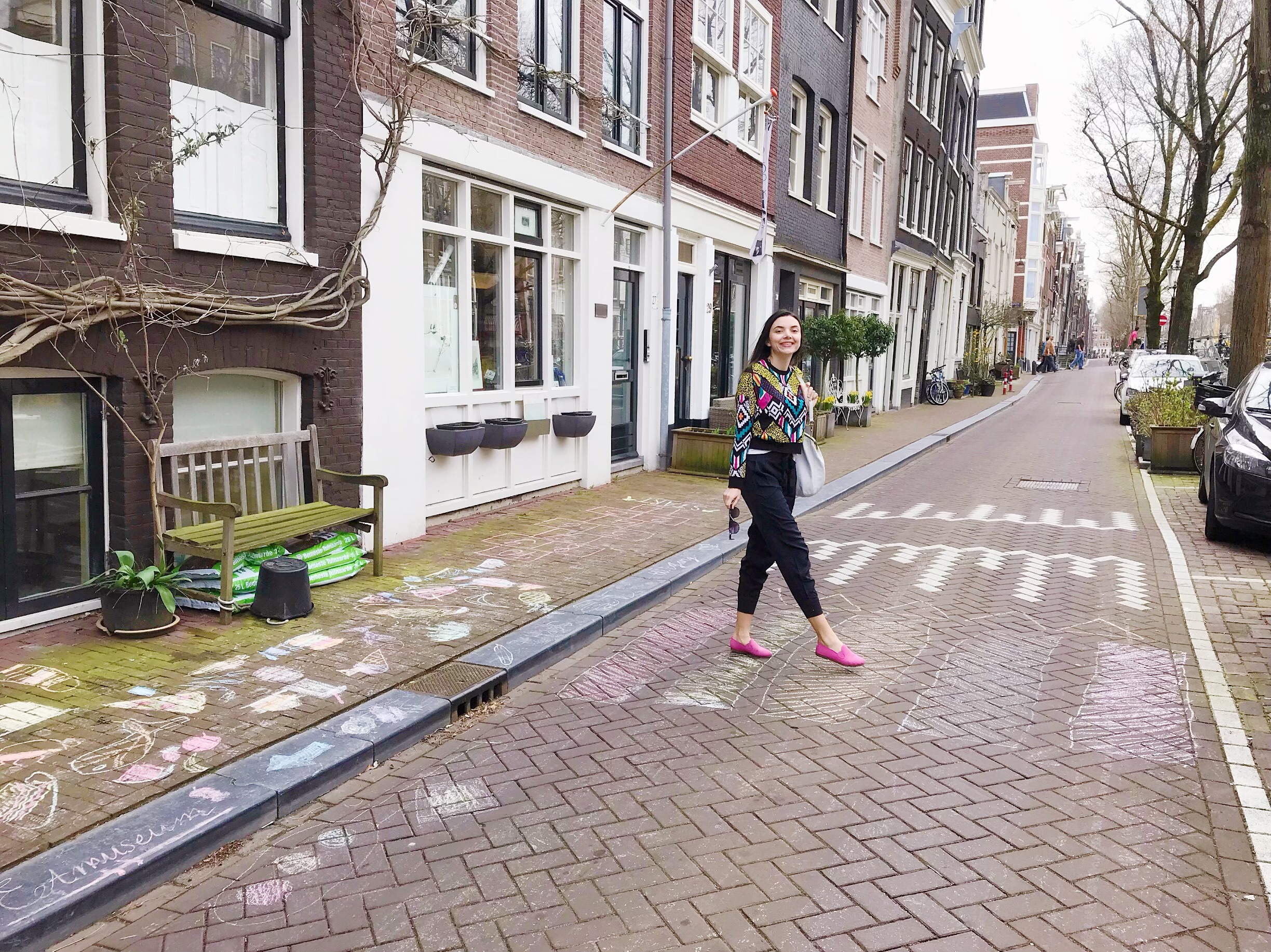 What is life in Jordaan like? The most beautiful neighbourhood in Amsterdam, Jordaan is known for its picturesque houses, narrow alleyways, secret courtyards, cosy bars and tree-lined canals. The hipster haven has been my part-time home for the past two years, during which I’ve learnt that living in Jordaan can sometimes resemble a fairytale – and at others be less fun than it may seem.

Don’t get me wrong: Jordaan is even more beautiful in real life than it is in pictures, and that’s saying something. It oozes old-time charm and, on quiet, traffic-free mornings at least, can make you feel like you’re living in a dream.  Morning walks, evening strolls and grocery runs feel different when you’re surrounded by picture-perfect, 17th-century townhouses… I can’t believe there were plans to demolish half the district back in the 1970’s!

As pleasing as the old canal houses are to look at, they’re not always the easiest to live in, particularly for someone who grew up among peace, quiet and privacy (can you tell that I’m from Finland? :D). Our Jordaan home is actually not a 17th-century townhouse but a 19th-century factory, so it’s much more modern than some of its neighbours – no uneven floors or super steep steps for us – but it’s not properly soundproofed, which brings me to the next point…

The lack of proper soundproofing is one half of the problem, the other being the fact that Jordaan simply happens to be rather noisy. All the hustle & bustle is delightful when you’re just visiting, less so when you’re at home trying to work or relax. What really annoys me, though, are the near-constant building works. It’s 9.45 in the morning as I’m writing this, and I can already hear some hammering, though I’m not sure where it’s coming from: it seems like half the houses in the neighbourhood have undergone (very noisy) renovations in the past two years.

Jordaan can make you feel like you’re in a zoo…

Our apartment is located on the ground floor and has floor-to-ceiling windows, so it’s not surprising that passersby might want to glance in.  What I wasn’t expecting, however, is how many people will stop and take their time examining our flat, not seeming to mind in the slightest that we might be sitting in pyjamas having breakfast just 20cm from their noses 😀 It felt quite awkward the first time this happened, but I’m used to it by now and will simply draw the curtains if I’m home alone and don’t want to be disturbed. 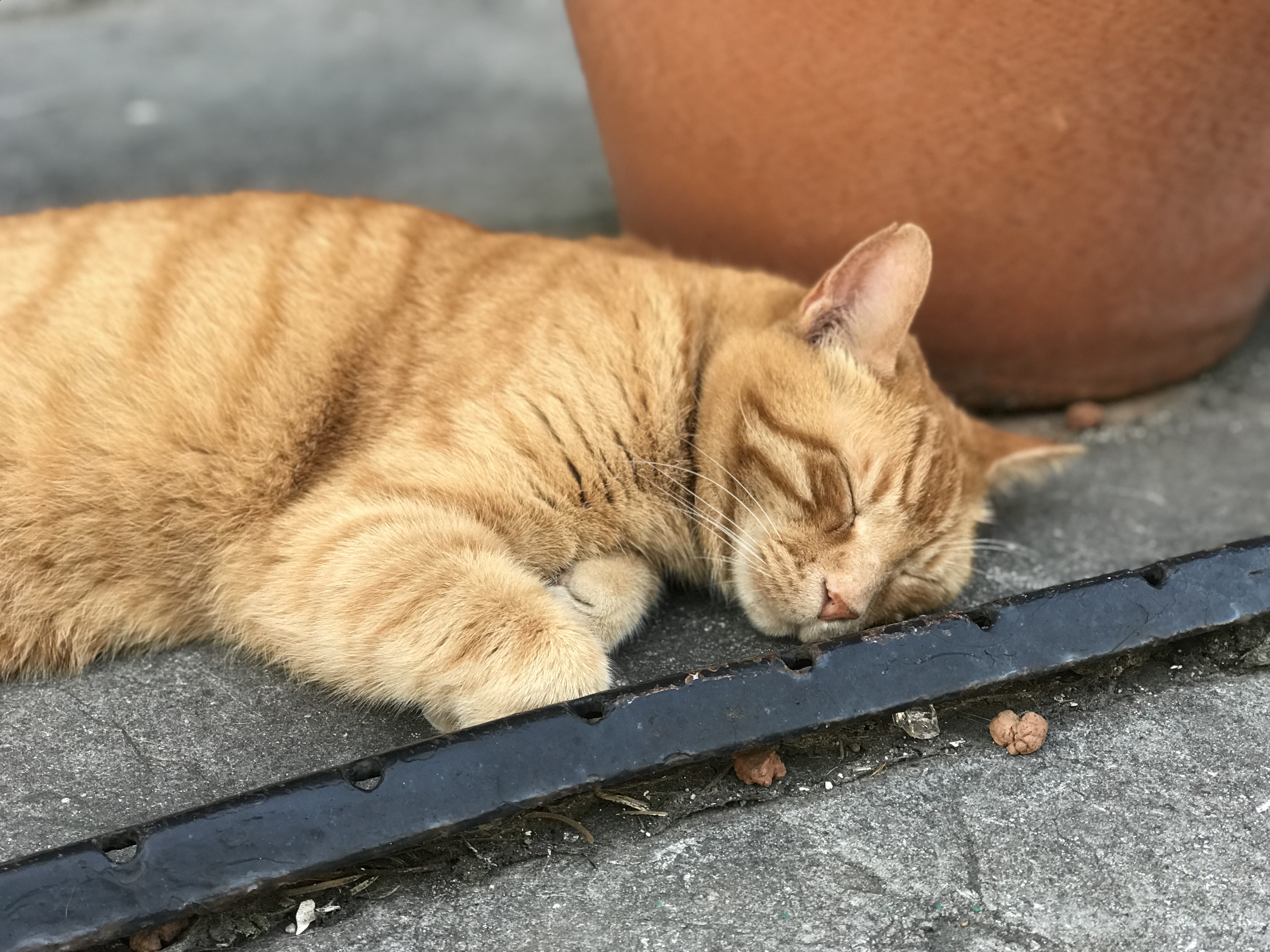 …in more than one way

If you love animals, Jordaan is the place to be (unless you want to move to the countryside, but that’s a whole different story). We have so many cute cats in our courtyard and even a local “president”, Ramses – when he went missing for a few weeks last year, the whole neighbourhood was looking for him. There are also the dogs, the storks lining up in front of certain houses in wait of their supper, and small birds, one of whom we successfully saved from the aforementioned cats last summer.

Jordaan has the best ice cream parlour in the Netherlands…

I’m telling you, I haven’t had gelato this good outside of Italy!

… and plenty of places to burn it off.

If you like exercising, you’ll love Jordaan. It’s particularly good for yoga studios, and I actually took up yoga after moving here. My favourite local studios are Hot Flow Jordaan, the Conscious Club and the New Yoga School, but there are plenty of other options nearby, too.

The cobblestone streets, the local vibes, the fact that everything is so close… Jordaan feels like a very cute small village. 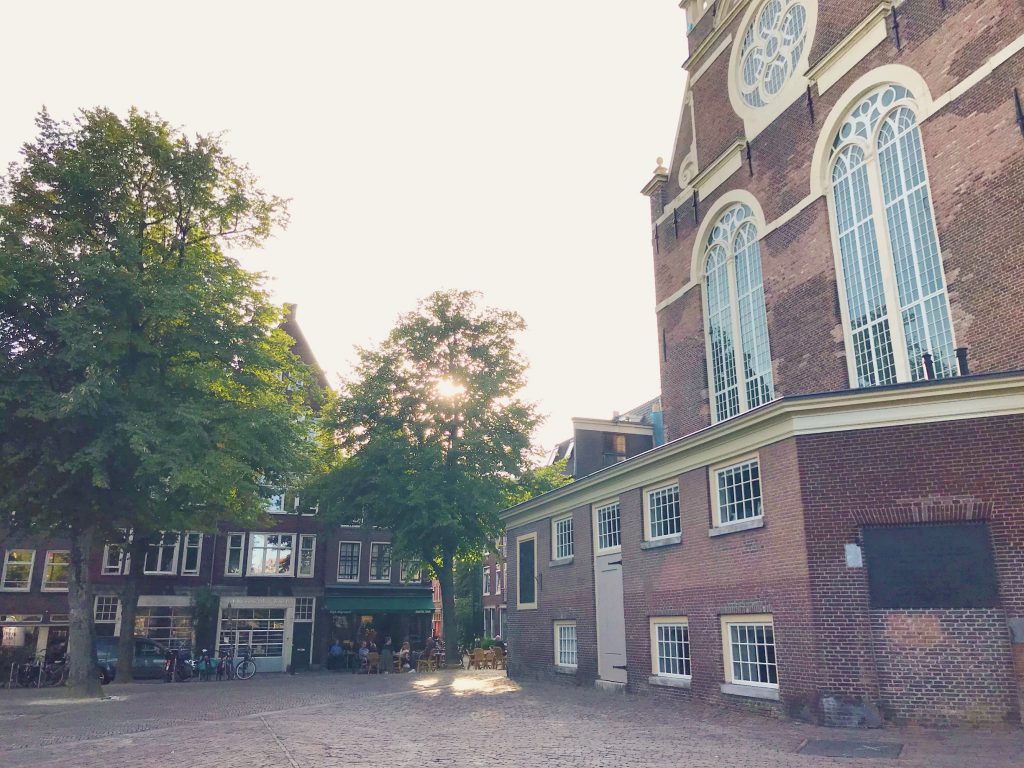 All in all, life in Jordaan is pretty amazing, especially if you’re lucky enough to find a lovely flat in the neighbourhood (as we were, despite the noise and the curious passersby… five-metre ceilings more than make up for the small inconveniences!). I’m trying to enjoy it to the fullest while I still can, because we’re moving house next week. Luckily, our wonderful new home is just a 15-minute walk away from our old hoods, but still – we’ll miss you, Jordaan!

I’ll write about our new home and neighbourhood soon, but in the meantime you can follow the move on Instagram… and don’t forget to like Studying the World on Facebook and Bloglovin to get notified of new posts. Want to read more about Amsterdam? Find all my posts from the Netherlands here.

Have you visited or lived in Jordaan? Do you agree with my description of the area?